Lancaster County road is melting due to heat wave

Like a game of Mario Kart, except, this time cars aren’t slipping on banana peels. “Just yesterday afternoon I was coming up the hill here. And you know how you... 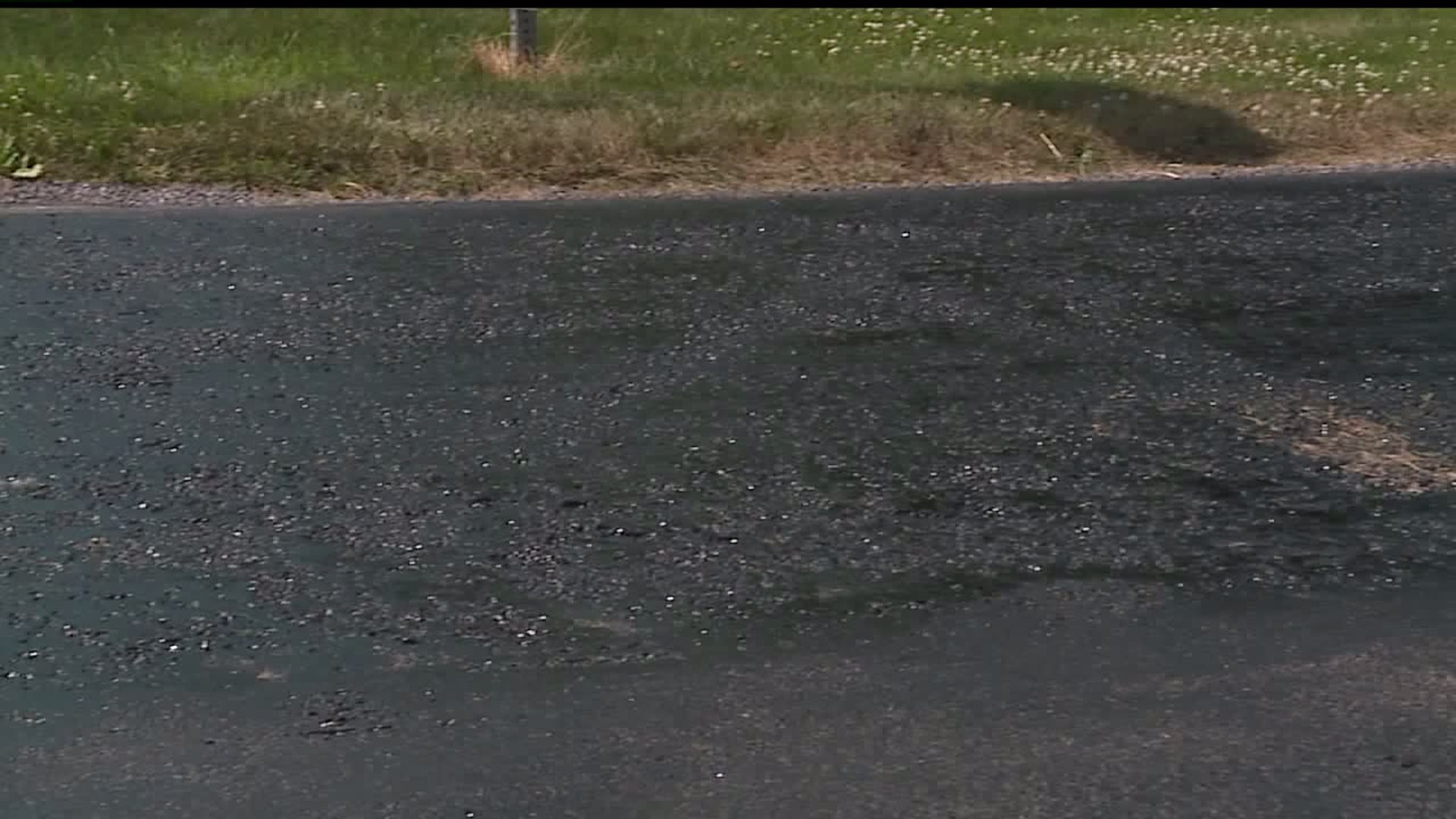 Like a game of Mario Kart, except, this time cars aren’t slipping on banana peels.

“Just yesterday afternoon I was coming up the hill here. And you know how your car will let you know if you are sliding around? My car let me know i was actually sliding around like i was on ice,” said Luke Nolt, an Upper Leacock Township, Lancaster County resident.

The road is no match for the heat wave we’re currently facing.

“We had an issue with the oil in the road coming to the top and displacing the stone. Or the stone was impacted in the oil. So it was becoming a dangerous situation,” said John Leen, Upper Leacock Township public works director.

Not to mention a messy one.

“It gets in your tired and you drag the stones into the garage. And all that good stuff,” said Nolt.

The road was repaved about a year ago by an outside contractor, and township officials aren’t sure why it is reacting to the heat this way.

But one thing is for sure, they had to keep traffic to a minimum while they figured out what to do.

And they finally found what they hope is a solution this afternoon.

“We put some quarter inch stone back on the street to make it safer,” said Leen.

Leen says he is not sure if the stone will fix the problem, but says it will offer vehicles some traction so they can reopen the road.

As for the next steps, he says if the stone doesn’t solve the issue, they will bring the contractor back in for an evaluation.