CONESTOGA TOWNSHIP, P.A. — With Halloween coming up around the corner, the Southern Regional Police Department is pushing a message of visibility. Officer... 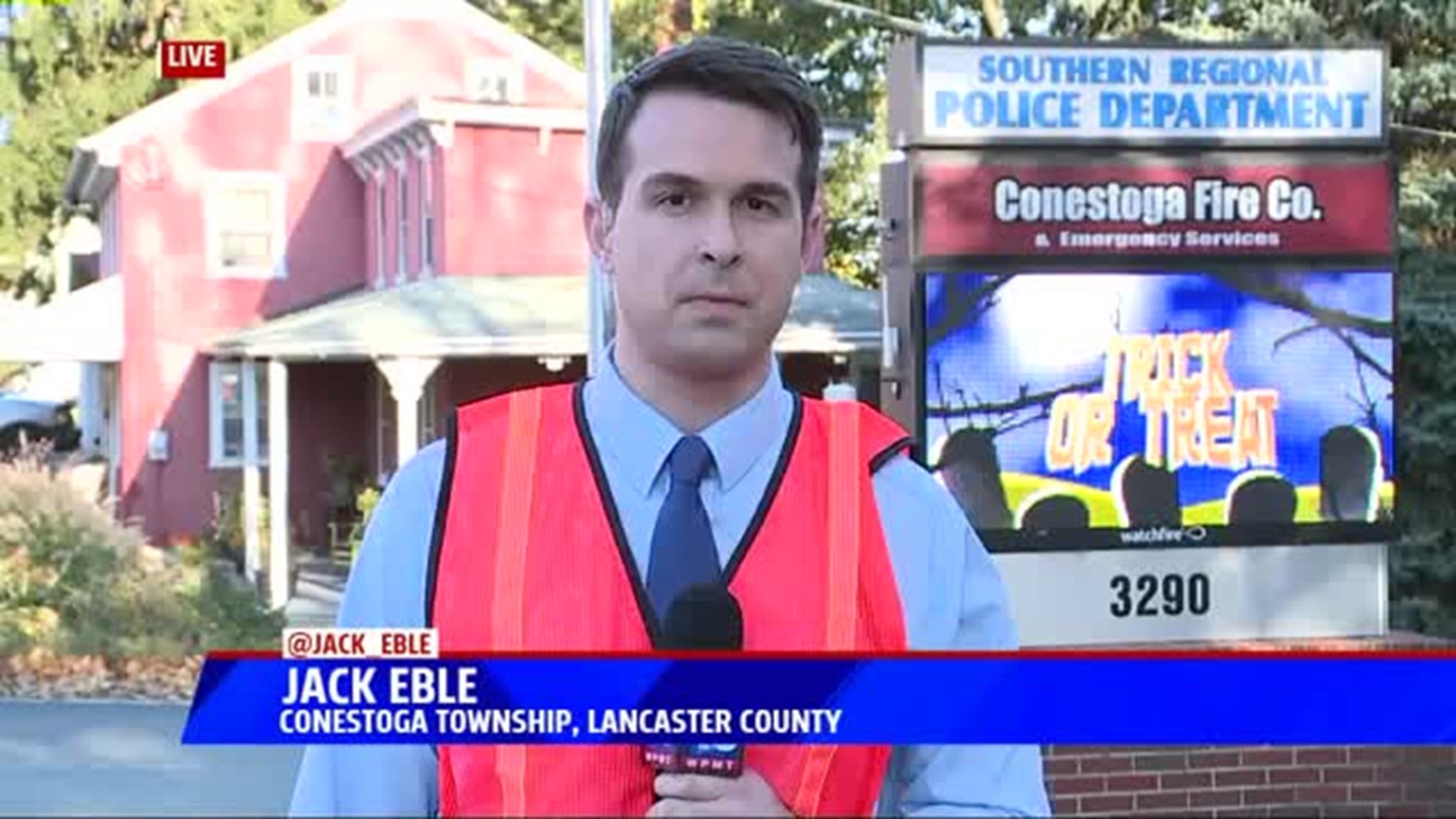 CONESTOGA TOWNSHIP, P.A. --- With Halloween coming up around the corner, the Southern Regional Police Department is pushing a message of visibility.

If the plan is to wear a dark costume, Grimasuckas recommends attaching or carrying a glow stick.

With masks, Grimasuckas said to make sure it provides for a good peripheral view.

Last week, a 14-year old boy was severely injured in a hit and run near Pequea Township.

Southern Regional authorities say he had no lights in a poorly lit area of town.

Grimasuckas says they are following "good leads" from the public and that the boy is recovering in the hospital from "life-changing injuries."

With Halloween coming next week to the area, he wants participants to be visible to passers-by.

"You want to trick-or-treat where there's lights, street lights and sidewalks. You want to maintain yourself on those sidewalks in the well lit areas," said Grimasuckas.

For children, Grimasuckas asks to use crosswalks with adults or a guardian and avoid crossing the street between parked vehicles.

Adams, Lancaster and York counties will be holding DUI checkpoints for the holiday weekend as part of the Center for Traffic Safety's Sobriety Checkpoint and Expanded DUI/Underage Drinking Enforcement Program.

"Make sure we have sober drivers when we're driving don't drink and drive. Call an Uber or have a designated driver," said Grimasuckas.

Aprille Baxter, registered nurse with the Nurse Family Partnership at LG Health-Penn Medicine, said to be wary of look-alike candies.

"I always recommend that parents feed their child something before they go out trick-or-treating so that the kids aren't tempted to reach in their bags before it can be fully inspected," said Baxter.

Baxter said to look out for candy that is unwrapped or has any pin holes in it.

"If you're child complains that it doesn't taste right, tastes bad, you just want to closely observe your child, make sure they're not having any reactions, any rashes, any gagging. Of course, if they would start to have those symptoms or throw up or become ill you would want to take them right to the hospital," said Baxter.