When firefighters were too big for the job, a little girl in Lancaster County stepped in to help. “He was meowing, he was like crying, and meowing,”... 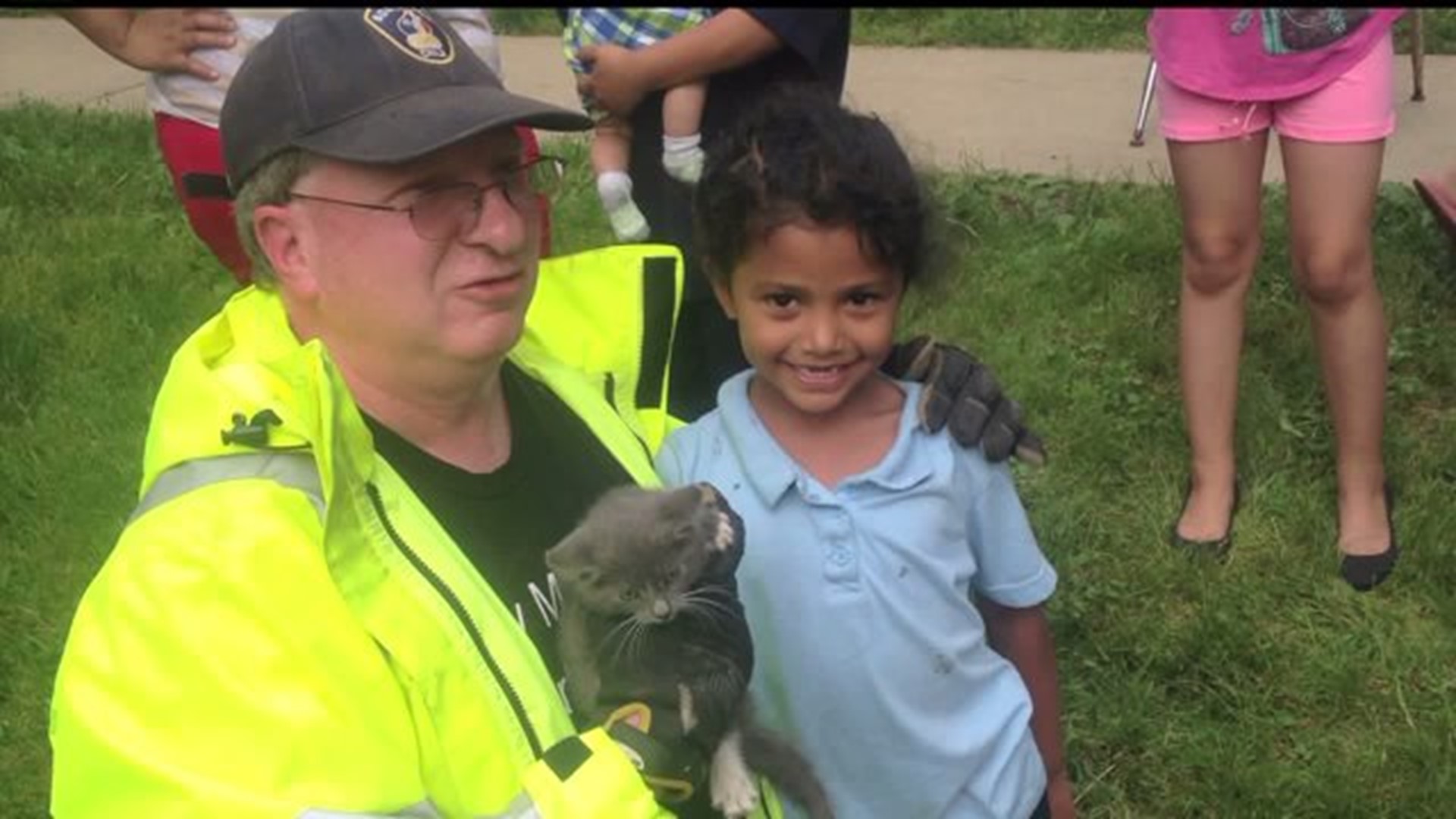 When firefighters were too big for the job, a little girl in Lancaster County stepped in to help. "He was meowing, he was like crying, and meowing," said 6-year old Janeysha Cruz, who has been the talk of the town lately.

It all started when she and her brother heard a kitten crying outside of their home Lancaster Township.

"My son came from school and was telling me he wanted ham, and I said for what? He said there's a kitten stuck in the drain," laughed Mom, Jennifer Cruz, who checked it out and then called for help.

Rescue
When Deputy Fire Chief Glen Usdin arrived he lifted the grate and realized he had a little problem.

"There was about a 2-foot deep pit and unfortunately it was only about a foot and a half by a foot and a half wide. All of us firefighters were just a little too big," said Usdin. "So we asked if any children had their parents there, and little Janeysha volunteered and said my mom is here."

With mom's permission firefighters held Janeysha in the storm drain as she grabbed the kitten.

"She actually screamed once, like he's trying to bite me, which we all laughed. We told her calm down and just grab it," said Cruz.

"I grabbed it and gave it to the firefighters," said Janeysha.

Stormy
The kitten, is now named Stormy, after the storm drain she was found in. She is at the Lancaster SPCA and was adopted Saturday. The kitten is doing great! She just had a couple scrapes on her when she came in. We got her cleaned up and got her some formula," said Susan  Executive Director of the Lancaster County SPCA. "It's great to hear the community come together like this," said

"She was a real trooper. Maybe someday she will want to grow up someday and be a police officer or firefighter," said Usdin.

Janeysha said she feels happy with all of the attention and the praise she received after she helped. "They said good job! said Janeysha.