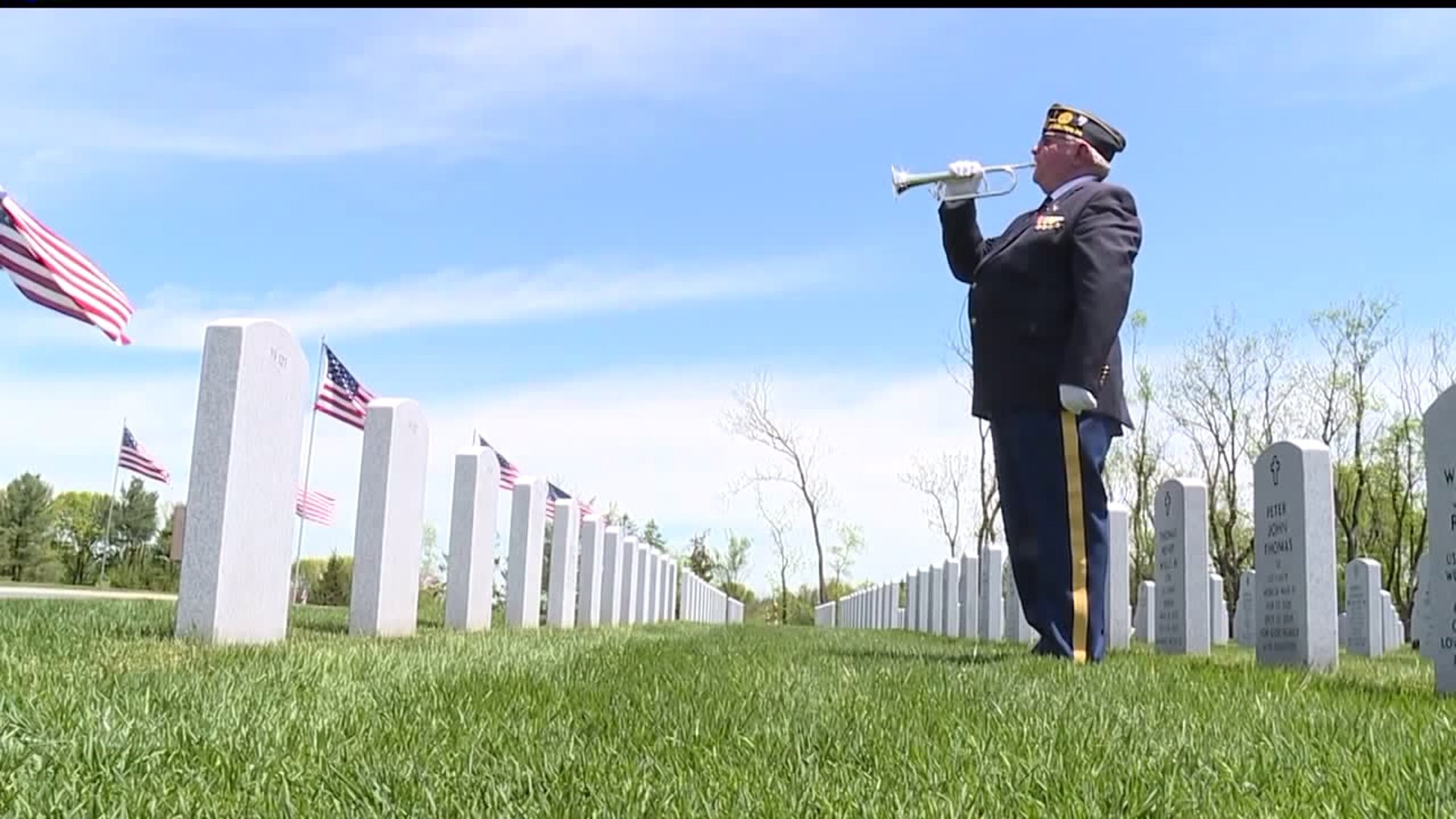 EAST HEMPFIELD TOWNSHIP, LANCASTER COUNTY, P.A. --- Three men, each representing a separate branch of the military, will be buried at Fort Indiantown Gap National Cemetery on Thursday at 11 a.m.

He served in the U.S. Army during the Vietnam War.

He served in the U.S. Navy during the Vietnam War.

He served in the U.S. Air Force.

The service of these men, however, almost went unnoticed.

Coroner Dr. Stephen Diamantoni said they started to suspect a few of them may need a more proper ceremony.

"We began getting leads that they may have been veterans. So, we did not inter their remains. We kept their remains," said Dr. Diamantoni.

While they knew who the individuals were, he said hey couldn't confirm they were veterans.

He explained that veterans, who are honorably discharged, must file paperwork with Veteran's Affairs.

However, these individuals in question did not.

"I think the staff took great time and effort to make many phone calls and gather as much information as possible," said Dr. Diamantoni.

Their work payed off when V.A. officials confirmed the three military veterans

Lancaster County officials organized the event for the men, which will include a service from a former Navy chaplain along with full military honors.

A procession will start at 9:30 in the morning at the Lancaster County Forensic Center in East Hempfield Township.

The bodies will, then, be brought to Fort Indiantown Gap National Cemetery for the service at 11.

Officials say anyone in the public in welcome to attended either or both events.

They recommend getting to the Fort Indiantown Gap National Cemetery service at 10:30 a.m.