LANCASTER, Pa. — Halloween is only a month away, but reports of clown sightings continue to frighten some people. One Lancaster County school district is ... 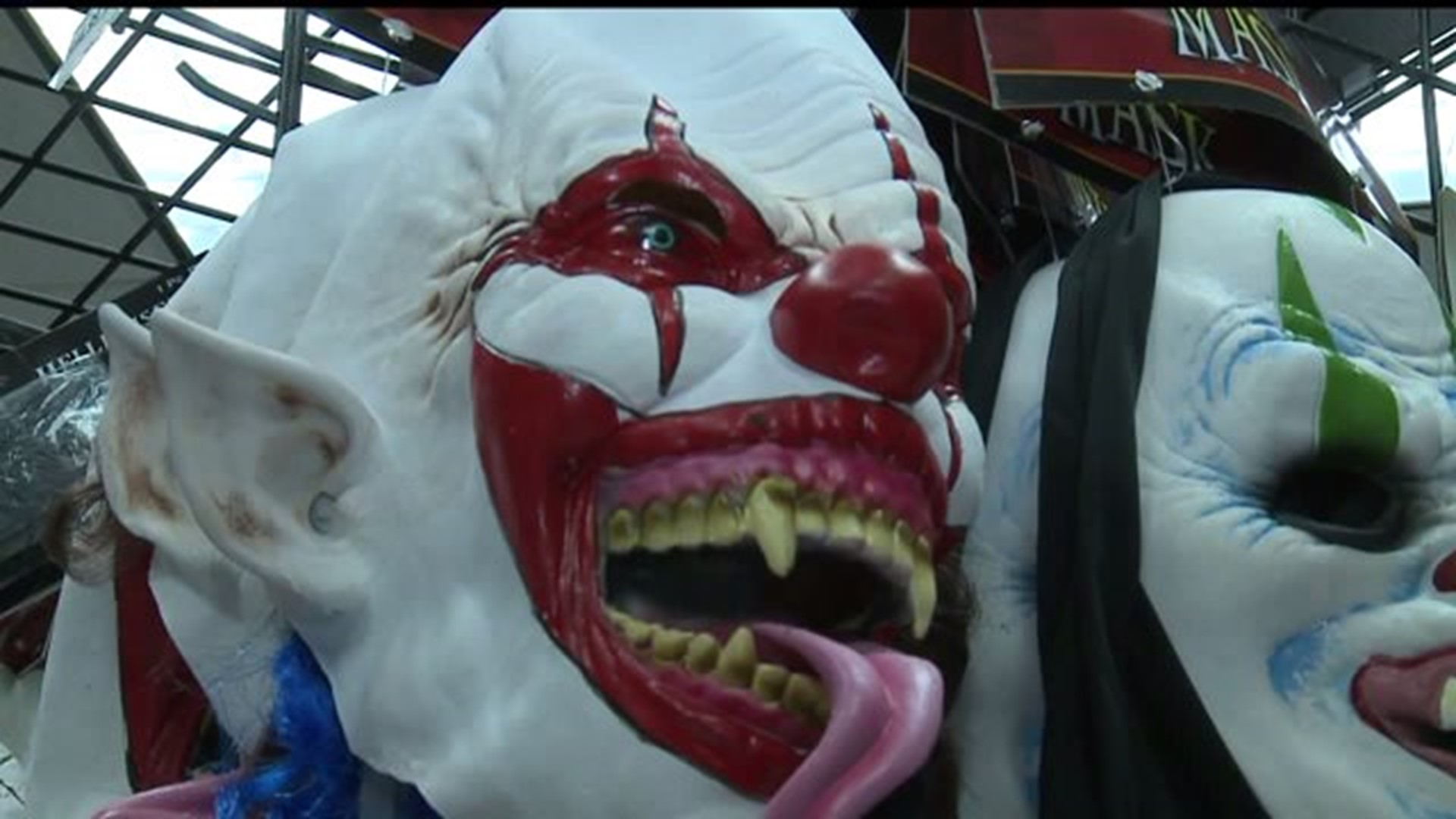 LANCASTER, Pa. -- Halloween is only a month away, but reports of clown sightings continue to frighten some people.

One Lancaster County school district is warning students and their parents to be on the look out for the masked characters.

No masked clowns have been caught in the area so far, but Donegal School District administrators sent an email out to parents warning them to be aware of any suspicious behavior as a precaution.

The sight of a masked clown brings joy to some and incites fear in others.

Party City general manager Mike Lawrence said, "We always have a clown section, and people will walk by it, not just children, but adults. They will go down and around, and won't walk by it because they have this phobia against clowns ."

Several reports of clown sightings in Lancaster County have caught the attention of the district attorney's office.

Lancaster County District Attorney's office media specialist Brett Hambright said, "Certainly when you have someone in a private residence or on someone's private property, who shouldn't be there, it becomes serious business.

It's more than just a joke, so that's why the police are going to respond to these," Hammbright said.

Donegal School District administrators warned parents of unconfirmed sightings of the costumed characters in a wooded area near the Donegal Intermediate School, in East Donegal Township on Wednesday.

Meanwhile, Manheim Police have taken several calls about clown sightings throughout the area.

"The police are going to keep patrolling. They're going to keep responding to all these reports, and make sure we can do everything we can to keep the county safe," Hambright said.

The concern for what danger may lurk beneath the masks, serves as a safety warning for anyone who comes face-to-face with someone in disguise.

A fear of clowns hasn't stopped people from being afraid to buy them at holiday costume shops.

"But as the stories start to circulate, the demand is going to be higher and of course it's probably going to be the thing that's going to take off. We'll probably see more this weekend, and the following weekends closer to Halloween," Lawrence said.

"It's not a crime, no, if you're going on someone's private property, or obviously into their house or into their business it's a different story. Just wearing a clown mask, walking down King Street in Lancaster City, it's not a crime," Hambright said.

Hambright advises anyone who spots a clown to not get into a verbal or physical fight with them, but to call police.

Donegal School District administrators advise parents to have a discussion with their children about abnormal behavior, and to make sure their kids know to report any suspicious activity.