LANCASTER COUNTY –   They have a championship caliber golf course, broke the U.S. Women’s Open attendance record and most importantly, they want to host a...

LANCASTER COUNTY –   They have a championship caliber golf course, broke the U.S. Women’s Open attendance record and most importantly, they want to host another high-profile tournament.   We shined our Sports Spotlight on Lancaster Country Club and the chances they’ll be hosting another national championship in the near future. 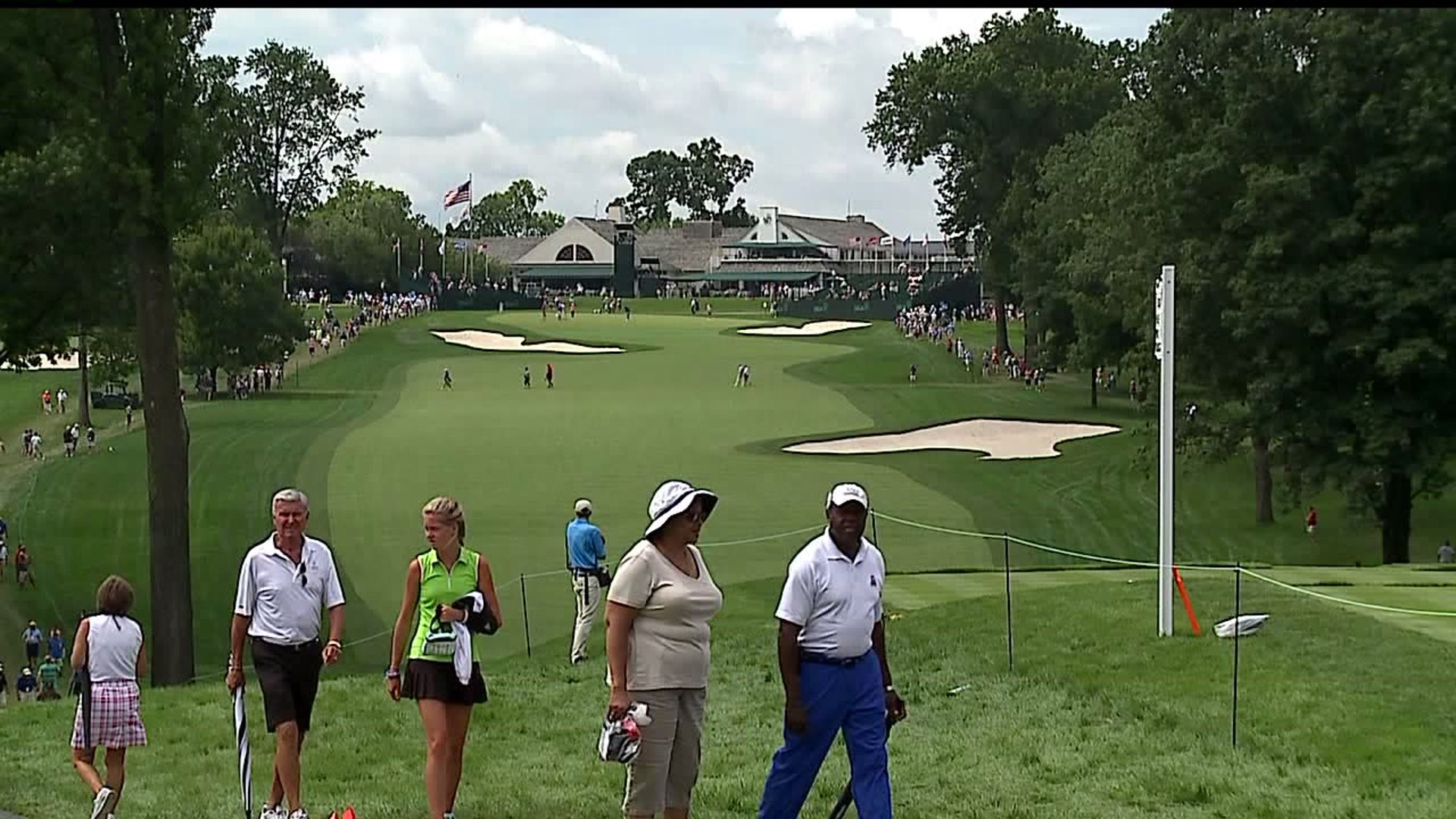 "The funniest thing is, on Wednesday Night before the tournament started, I went to bed and said to myself, what happens if nobody shows up tomorrow?", admitted Rory Connaughton of Lancaster Country Club's Championship Committee.

They showed up in record numbers.  Almost 135 thousand fans were on the grounds of Lancaster Country Club in July of 2015, most in U.S. Women's Open history.

“Certainly, after the 2015 U.S. Women’s Open at Lancaster, I think the buildup to it, the way the event played out and everything after the fact, that community was unbelievable," stated USGA Championship Director Ben Kimball.

After hitting a home run in their first at bat, the obvious question is, what's next?

“That’s a great question," said Connaughton.  Once you have a relationship with the USGA, that’s something that both the club and the organization will cultivate.  From the end of the ’15 Open until now, we have been in discussions with the USGA about what’s next.  I will say those conversations are progressing pretty nicely.”

“I would say in the years that I was responsible for the Women’s Open, that was one of my favorite golf courses that we played the championship on," added Kimball.    We are very aware of our friends in Lancaster and what they were able to pull off.  We have a very structured process in place for future site selections and I wouldn’t be surprised if Lancaster is on that list somewhere for future discussion.”

So nothing official to announce .. yet.  The course is capable of hosting any event.  The surrounding market narrows the options.  According to Connaughton, the club feels a senior men's event or another women's open hits their sweet spot.

“If an event were to ever return to Lancaster, we would want to make it the same kind of regional and community celebration that the Women’s Open was and now that we’ve sort of seen how it works and how we can make it better, I think the next time we host an event, hopefully we will, but the next time we can make it even better.”

When pushed whether he feels comfortable saying "when" instead of "if" they host an event, Connaughton threw out a little teaser.

"I would be surprised if we don't host another event in the future, stay tuned."