PROVIDENCE TOWNSHIP, Pa. — A Lancaster County woman is facing multiple charges after officials said she abused and tortured her 4-year-old stepson for mon... 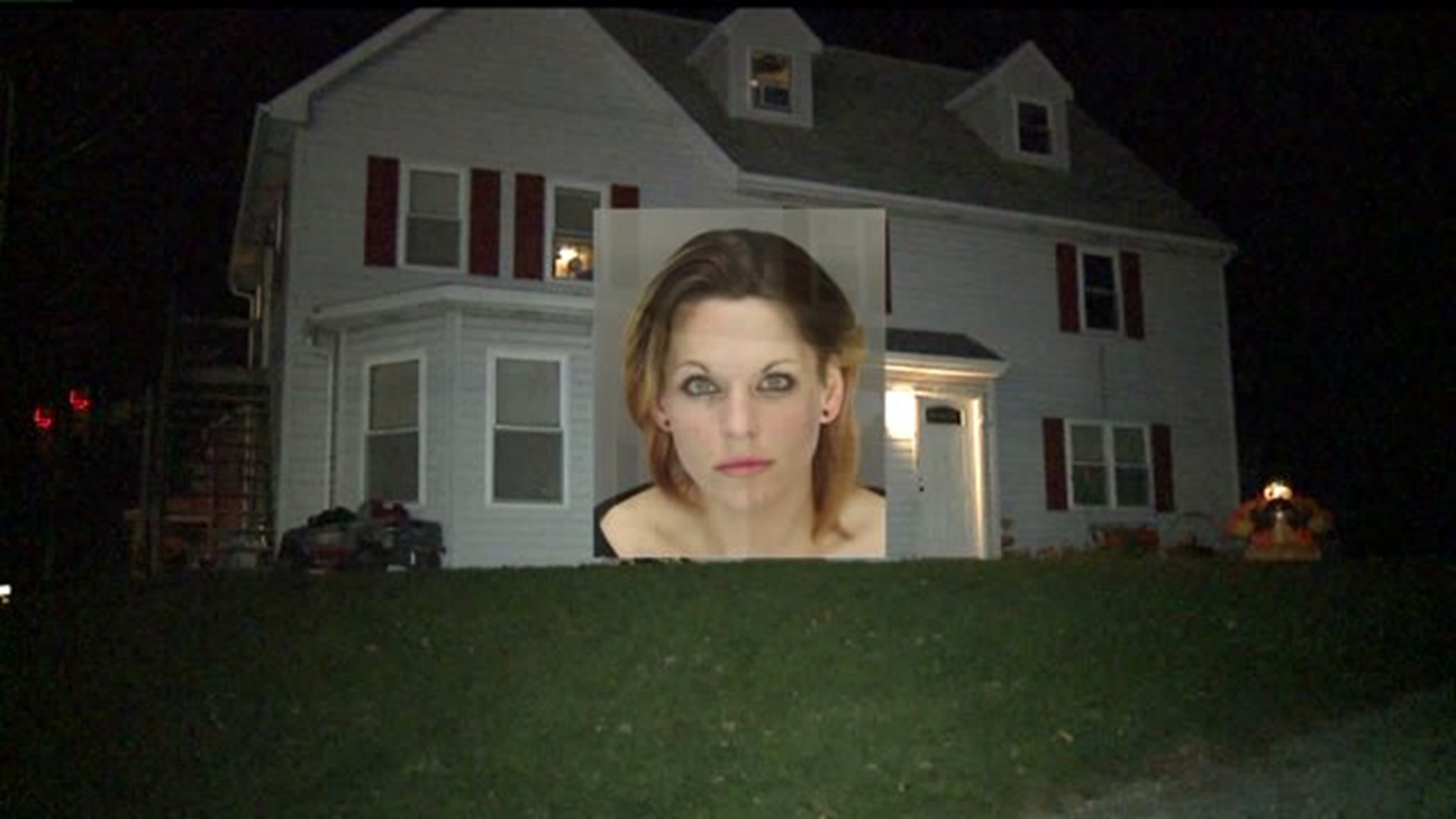 PROVIDENCE TOWNSHIP, Pa. -- A Lancaster County woman is facing multiple charges after officials said she abused and tortured her 4-year-old stepson for months.

She lives on the 700 block of Lancaster Pike near Quarryville with her husband, 30-year-old Nathan Duke, her three biological children and her stepson.

Joseph Lengel, a neighbor, said, "They seemed like a normal family. Nice people. Had some contact with our daughter and them playing around, our children played. They didn't have really a whole lot that would lead you to believe that something like that could be possible."

Lancaster County District Attorney Craig Stedman said Duke would force her stepson to eat laxatives and hot sauce, bound the boy's legs with duct tape for hours and locked him in a padded closet.

Stedman said, "Everybody knows this is just one of the most disgusting cases that we've had to see the facts. And the facts read out of some type of novel. I wish I could say it was some sort of horror novel or a movie."

Police said she most likely abused the boy because she resented him for being another woman's child.

"There was no evidence of abuse whatsoever with her kids but the one that wasn't hers was the target," Stedman said.

Nathan Duke, the boy's father, is also being charged. Officials said he did not report the abuse and knew it was going on.

"He's not actually charged with conducting the acts himself but he clearly knew about certainly some of it if not all of the abuse and allowed it to go on for months. It didn't stop until children and Youth stopped it," Stedman said.

Neighbors said they are surprised to hear about the charges filed against the couple.
"It makes you want to be more good parents to your own kids," Lengel said.

The stepson is now staying with relatives. Lancaster County Children and Youth Services now has custody of Duke's three other children.