Lake Williams in York County to be drained for dam maintenance 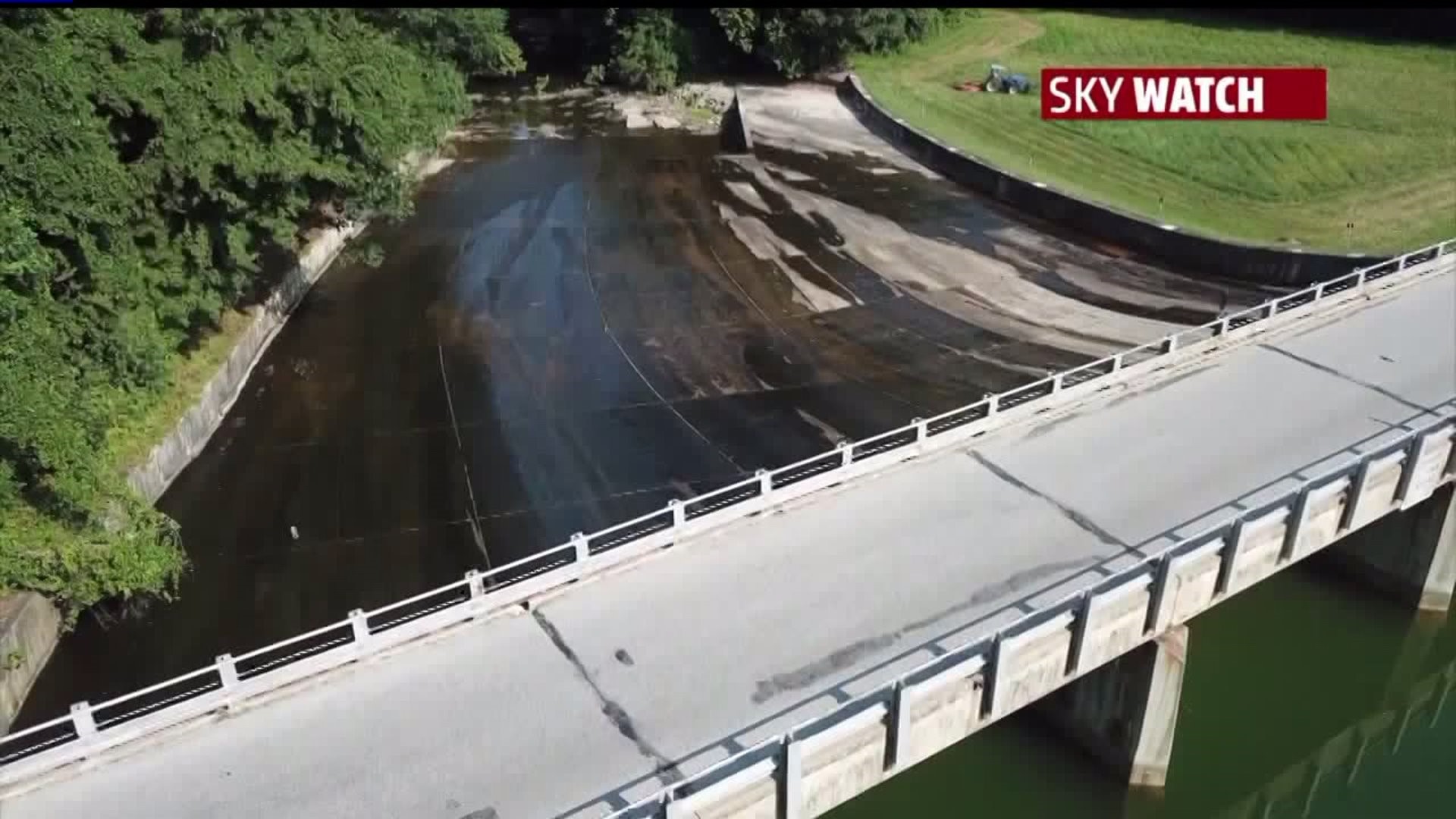 They'll do their "fish-out," a process of moving valuable fish, such as small and large mouth bass and walleye, over to Lake Redman.

He said it will take the span of two months to drain due to their requirement of draining six inches of water, per day, of the 28-feet deep lake.

The York Water Company needs to update the dam to new Department of Environmental Protection regulations.

"We are intent on installing a valve on the upstream side of the outlet pipe. That's a condition that did not exist in 1912 when this dam was constructed," said Hand.

He also said they'll take the opportunity to line the outlet pipe.

Hand acknowledged the company "recognizes" it's an inconvenience to those who come to Lake Williams for recreation.

"We take into consideration the recreational opportunities but at the end of the day, the priority focus is on the drinking water supply and that's our responsibility to the communities in which we serve," said Hand.

He also said it'll take about 45 days of construction after the lake is drained.

After that, Mother Nature decides when it's full again.

"We're hoping we'll get some precipitation as mother nature gives us rain and some snow melt. Lake Williams will fill, naturally," said Hand.

As anglers and kayakers, like Teri Scherer from Forest Hill, Maryland, get in last minute enjoyment, she said she's at peace knowing it won't be empty forever.

"I know they did a great job on Redman and I know they'll do a fabulous job over here. I'll miss it but can't wait for them to get it all done and get back out on there," said Scherer.

He said they've been planning this project for five years and water supply will stay normal thanks to the Lake Redman Pump Station.