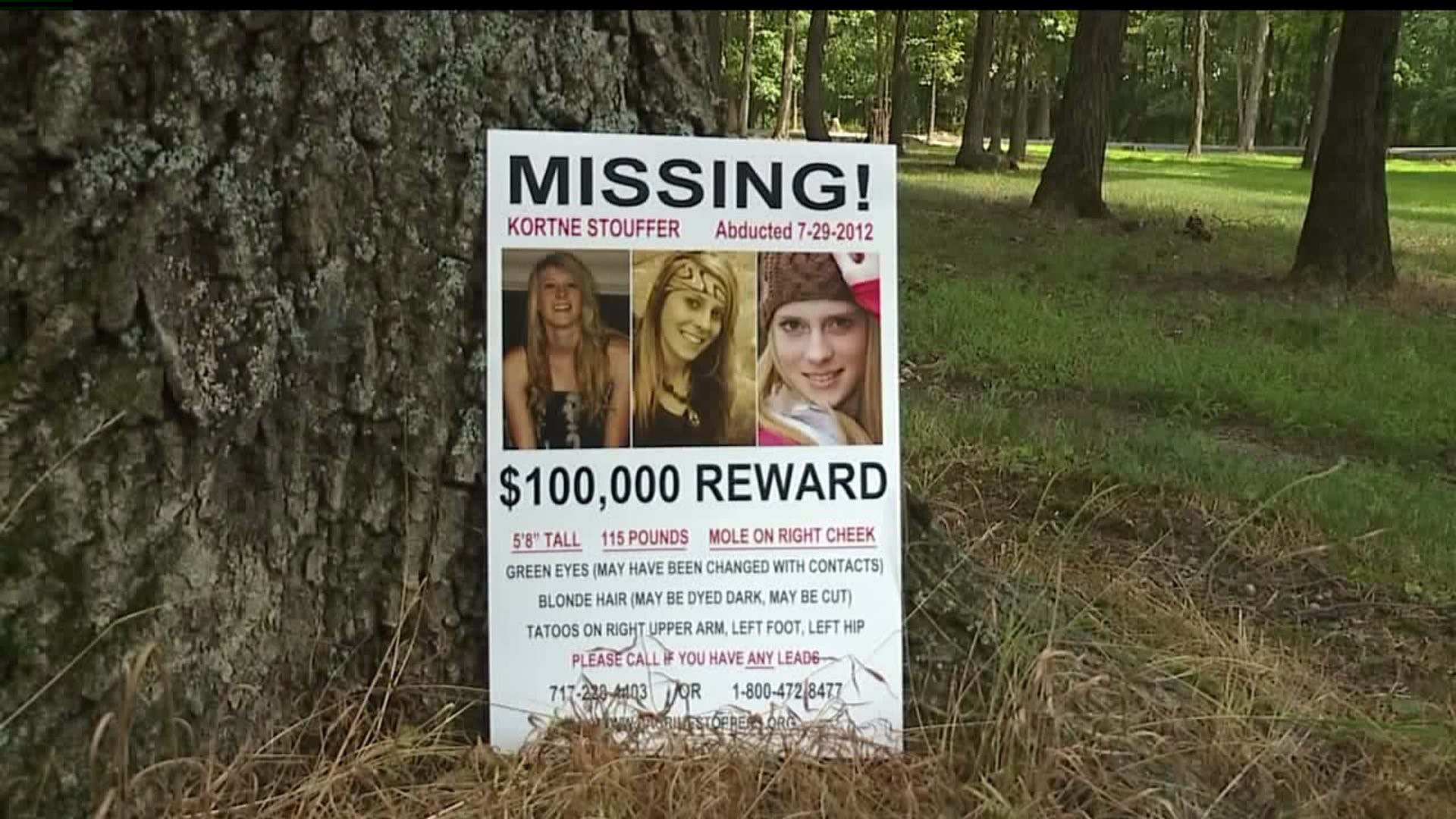 EAST HANOVER TOWNSHIP, Pa. - It's been exactly 7 years since 21-year-old Kortne Stouffer was reported missing in Lebanon County. Family members and investigators are not giving up hope that one day they'll find out what happened to her.

A lantern release was held at her father's farm over the weekend in memory of her.  The Lebanon County District Attorney is not calling her case "cold, however, investigators are no closer to figuring out what happened to Stouffer today, than they were seven years ago.

The pictures still hang around Scott Stouffer's office, but the beautiful reminders are painful scars for her dad.

"Yeah, I would give the world to hug her again," Scott said.

Kortne never showed up to meet her family at the Lebanon County Fair July 29th, 2012. According to investigators, the police had shown up to her apartment 3 times in the early morning hours that same day, because of multiple altercations with her neighbors.

"It's frustrating," Dave Arnold, Lebanon County District Attorney, said. "It's sad, it's disappointing that we haven't been able to solve this incident. I can tell you that, other than Kortne's family, I guarantee nobody wants to solve this more than we do in our office. And we're going to keep trying to do that."

On the final call to her apartment, no one answered the door, and police believed the issue resolved itself. No one has seen her since. When they eventually got into her apartment, everything was left behind including her cell phone and even her dog. Family members

"Absolutely not," Kerstin Stouffer, her sister, said. "She would never put our family through this the last seven years."

"I think someone did something to her," Scott said. "I think it's a matter of the conscience. It's gotta eat at them every day. And one day it's going to break through and we're going to figure it out."

Until then, the tye dye shirts, peace signs, and bracelets are how this family chooses to remember her.

"I miss her spirit," Kerstin said. "I miss her happy-go-lucky spirit. I miss my sister. It's really, really hard, seeing everybody else with their sisters and I just don't have mine anymore."

A $100,000 reward for information leading to an arrest, still stands.