NORRISTOWN, Pa. — The second day of testimony in the perjury trial against Pennsylvania Attorney General Kathleen Kane produced its most heated cross-exam... 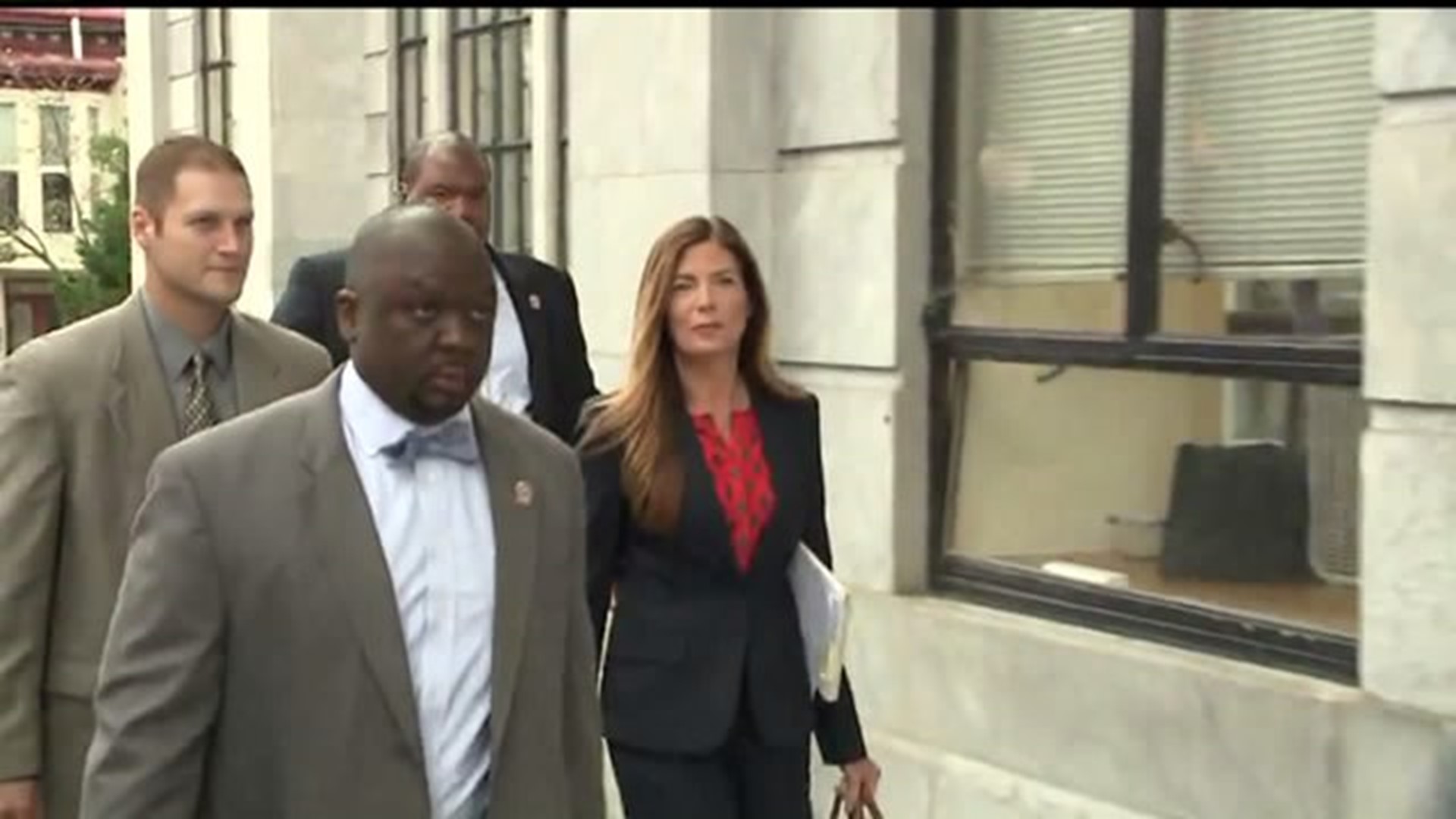 Adrian King, who dated Kane during law school in the early 1990's and became her first deputy when she was elected as the state's attorney general, is a key witness for the Commonwealth. According to prosecutors, he helped Kane deliver an envelope filled with confidential Grand Jury information to a writer from the Philadelphia Daily News.

King testified on Wednesday that Kane asked him to deliver the manila envelope to political consultant Josh Morrow in April of 2014. He said he did not know what was in the envelope nor did he ask what it contained.

"I did what she asked me to do," King testified. He then said Morrow and Kane are trying to frame him for the leak of the Grand Jury documents.

Prosecutors called five witnesses in all on Thursday, including Kane's most recent top aide, Bruce Beemer.

Beemer, who just recently left the Office of Attorney General, was also the first deputy to Kathleen Kane.

He testified that in 2014, following the Philadelphia Daily News article published in June which contained the leaked Grand Jury information, Kane had told him in a phone conversation, "Don't worry about it. We have more important things to do."

Beemer insisted it was a problem, believing the leak had come from the attorney general's Norristown office.

"Isn't this a GJ leak?" Beemer wrote then in notes published to the court on Thursday.

A few months later, on July 28, 2014, Kane and Beemer participated in a 44 minute phone call, in which Beemer testified the Attorney General told him, "She wanted me to file something (a court filing) to challenge the special prosecutor's authority to stop the investigation," into the attorney general's office.

"My heart sank a little," he said on the witness stand. Beemer later testified he told Kane, "Quite frankly, General, I would think you'd want to know who in your office would leak this info."

Kane responded, according to Beemer, "Fine, stay on top of this. Keep me apprised of what's going on."

During cross-examination, Beemer was reminded of a March 17, 2014 press conference, held a day after a Philadelphia Inquirer article was published which was critical of Kane. Beemer was asked why he didn't pull Kane off the stage when she began to explain why she didn't press charges on Philadelphia lawmakers caught taking bribes. The information, defense attorneys argued, could have included Grand Jury information.

"I don't think anybody could stop the Attorney General from doing what she wanted to do," Beemer said.

Later, during cross-examination, defense attorneys asked him about the Grand Jury secrecy oaths which Kane, Beemer, and other top deputies in the office had signed prior to taking office in January 2013. Beemer acknowledged he did not remember signing them, the same argument made by Kane.

Her defense claims she did not know the leaked information to the Philadelphia Daily News was secret Grand Jury material, saying it was an "honest mistake" those documents were made public.