HARRISBURG, Pa. – The jury selection for a high profile criminal homicide case out of Pittsburgh is being selected in Dauphin County. Jury selection began... 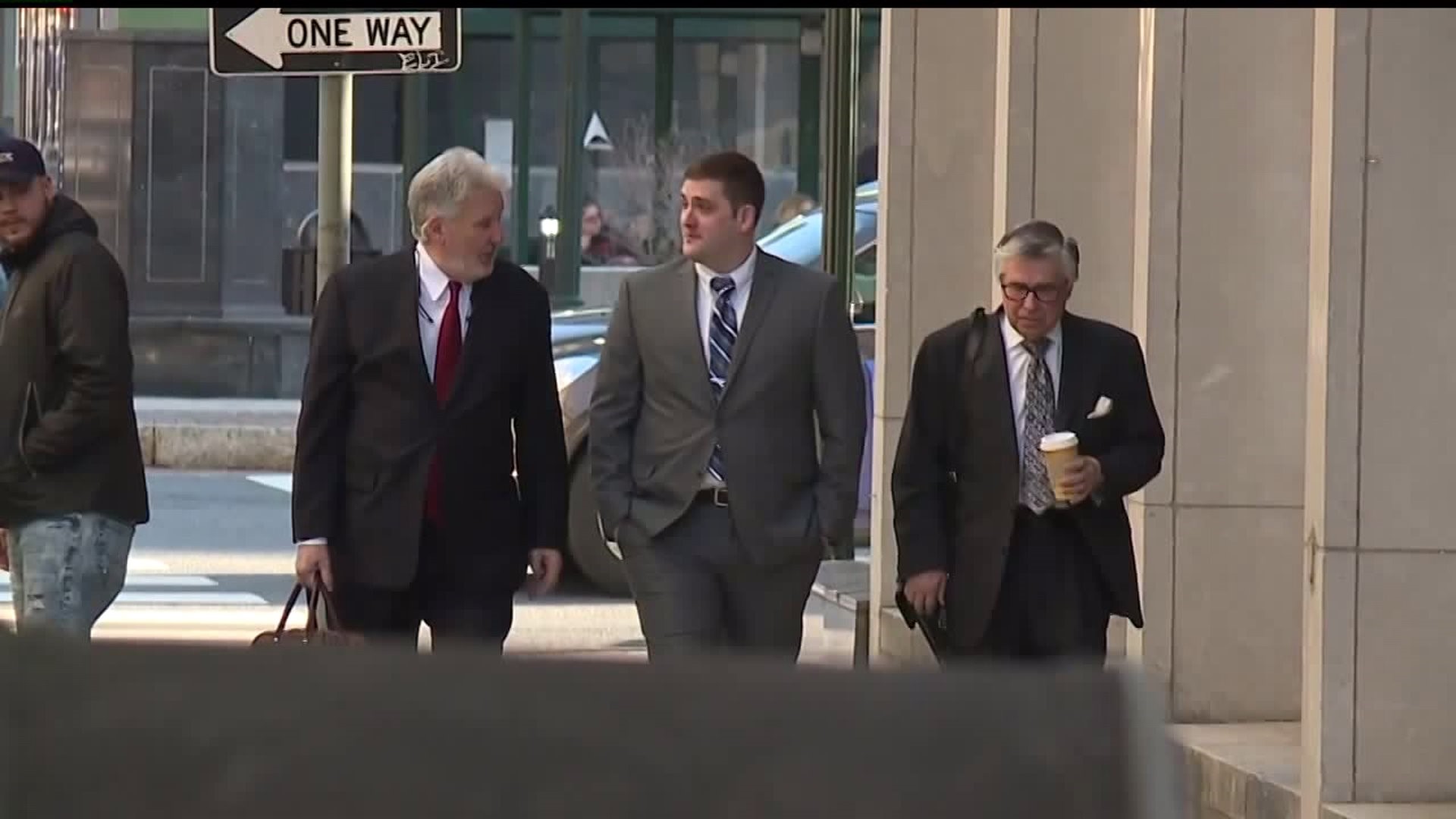 HARRISBURG, Pa. - The jury selection for a high profile criminal homicide case out of Pittsburgh is being selected in Dauphin County. Jury selection began Tuesday morning for the trial of a former East Pittsburgh officer accused of shooting and killing an unarmed black teen.

Michael Rosfeld, a former East Pittsburgh officer is being charged with criminal homicide, accused of shooting and killing 17-year-old Antwon Rose in June 2018. The jury is being selected in Dauphin County because the judge said it would be too hard to find an impartial jury in Allegheny County. The jurors will be taken to Pittsburgh next week for the trial.

In total 145 jurors were brought in to be questioned for jury duty. As of Tuesday evening, six women and three men have been selected. The jury chosen so far includes:

Chosen juror #8 caused a debate among the prosecution and defense. The prosecution wanted her added to the jury, while the defense tried to use one of its peremptory strikes. The prosecution questioned if the strike was being used because she was African American. The defense argued they were using their strike because the woman would have pressure from her community to deliberate a certain way in the case. It was ultimately decided she would be fit to serve on the jury.

One potential juror, not chosen for the jury was questioned extensively about his beliefs on police shootings. He said, these shooting have been happening "way too often." He then went on to say he's a Colin Kaepernick supporter. When the defense questioned what that had to do with this case, he said, Kaepernick "gets on a knee because cops keep shooting black people." This potential juror also questioned the case at hand involving Rosfeld, "in the back, unarmed, running from you," as he questions why Rose was shot.

The jury ended Tuesday's jury selection at 4:30 p.m. They will resume selection Wednesday morning at 8:30 a.m.