HARRISBURG, Pa. –Artur Samarin, the 23-old Ukrainian who police say posed as a Harrisburg High School student, had one of his ten charges dropped Thursday... 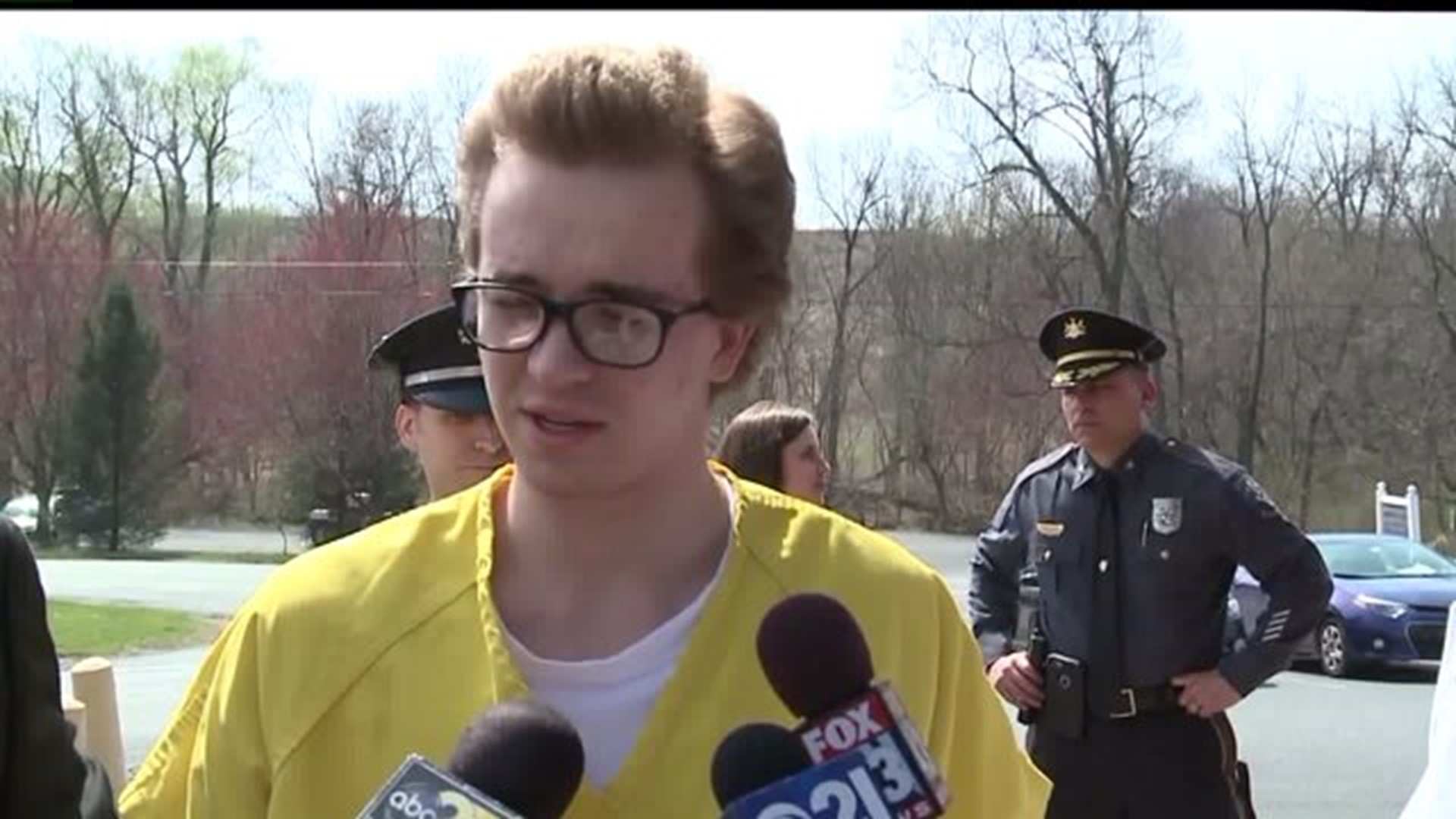 HARRISBURG, Pa. --Artur Samarin, the 23-old Ukrainian who police say posed as a Harrisburg High School student, had one of his ten charges dropped Thursday by a Dauphin County judge.

Magisterial District Judge Michael Smith agreed with Samarin's attorneys regarding charges relating to his involvement in the Swatara Twp. Citizens Police Academy. Police say he lied on his application, listing his name as "Asher Potts", along with social security numbers and drivers license numbers which connected back to his false name. Samarin's attorneys, Adam Klein and Clarke Madden, indicated the Dauphin County District Attorney did not supply enough evidence that Samarin stole someone else's identity.

"They found someone named Gabriel Asher Potts (of Alabama), and under the laws of Pennsylvania there has to be someone with that (full) name and they couldn’t do that so clearly there was not an identity theft crime that took place here," Klein said.

Judge Smith did keep the second charge based out of Swatara Twp., an unsworn falsification to authorities, which will be held for court.

Samarin was emotional while walking into his identity theft hearing. He stopped to speak with reporters, and apologized to his mother he says is in Ukraine.

"I feel sorry for her, sorry that she got to witness this," he said.

Samarin also responded to recent claims by Stephayne Potts, a Harrisburg woman who cared for him for three years before he moved out last October. Potts claims to have contacted the FBI about Samarin, who she still refers to as Asher, concerned he was planning a terrorist attack at Harrisburg High School.

After the hearing, Samarin said he was only hoping to find a better life in America. He was then driven back to Dauphin County Prison, where he has been unable to post bail for a month.

His attorneys are attempting to lower his current $240,000 bail to around $50,000. Earlier Thursday, Dauphin County Judge Deborah Curcillo postponed Samarin's bail hearing, deciding to wait until after a pair of additional preliminary hearings take place next Wednesday, March 30.

In attendance at the Dauphin County Courthouse was Dean Costopoulos, a bail bondsman from Carlisle who maintains he will pay to get Samarin out of jail if the bail is lowered. Costopoulos has never met Samarin, although his wife, Theodora, met with Artur in Dauphin County Prison on February 26, three days after he was initially arrested in Harrisburg. However, he believes the Ukrainian, Samarin, has done nothing criminally wrong.

"What did he do? He came, he changed, he went to school, got up at 5;30 am, rode a bus, and tried to make himself better," Costopoulos said. "That’s the American dream. That’s what I was raised to believe."

Costopoulos says he will potentially spend as much as $75,000 to bail Samarin.

Should Samarin's bail be reduced, he will likely return to living with a Middletown family who took him in after he ran away from Stephayne and Michael Potts in October.

Waleed McClintock and his wife, Rasheeda Pullin, told reporters after the bail hearing they would welcome Samarin back into their home.

The couple says they have known Artur since he was a high school freshman after he befriended their 17-year-old son. Waleed indicated, like Artur, that the Pottses story was false.

"The amount of charitable works this young man has done, the amount of seats he sits in in the community, the way he works in my house, until 3am doing calculus, and then walks to the bus stop without getting a ride just to not inconvenience us,  he’s an exceptional young man," he said.