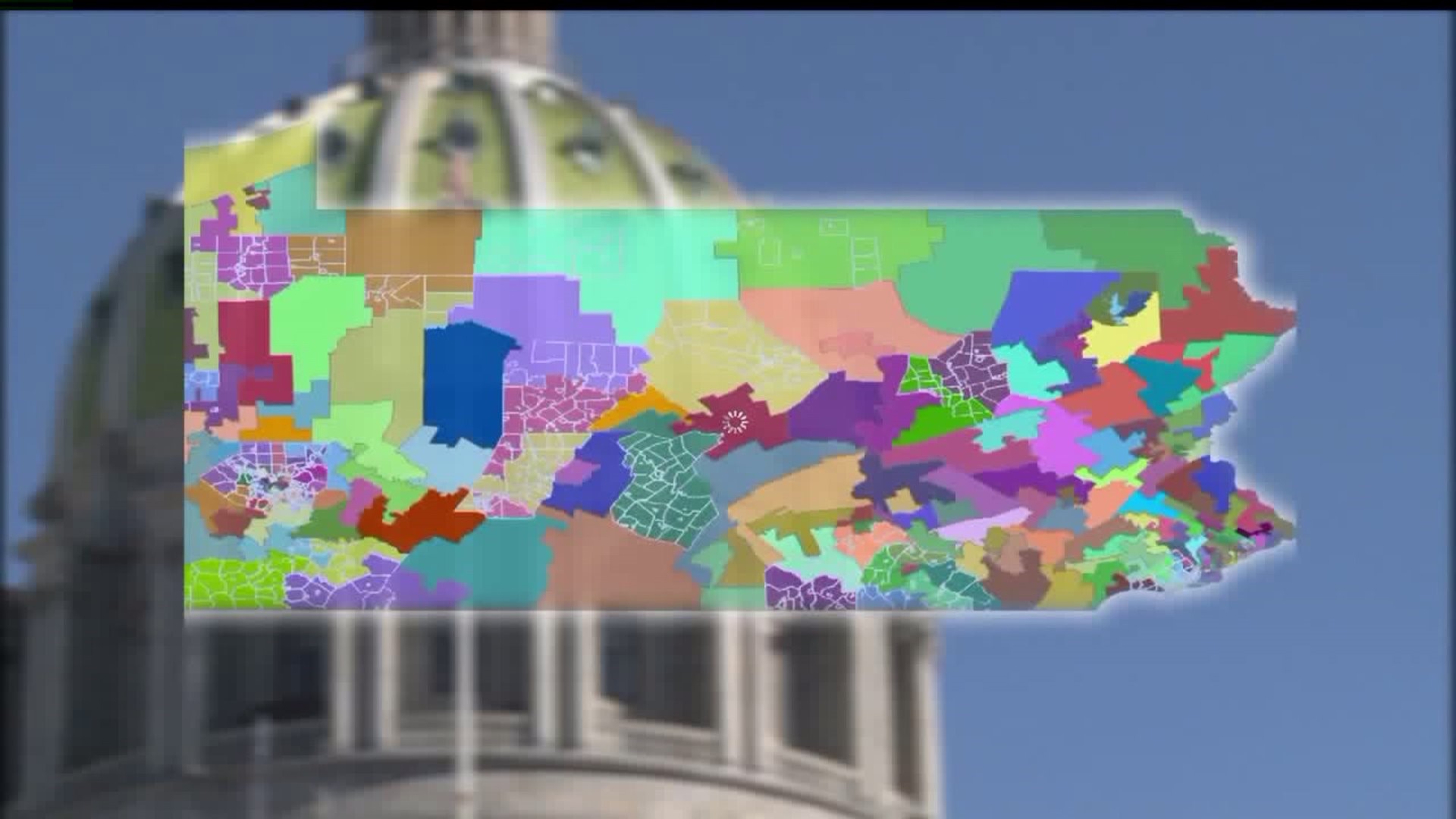 Respondents to the state lawsuit, filed by the League of Women Voters PA, argued a ruling should be stayed until the U.S. Supreme Court rules on Gill v. Whitford, a gerrymandering case from Wisconsin. Oral arguments in that case were heard earlier this month, and the Supreme Court justices are continuing to deliberate on that case.

The separate lawsuits hope to reach the same end result, but are using different methods to do so.

"I think it says that we have a problem and that we're trying to fix it," said Suzanne Almeida of the League of Women Voters PA. "Our lawsuit has one theory, other lawsuits have a different theory and so it's just multiple people, multiple groups putting their theories forward and seeing where the court goes with it."

The map was drawn in 2011 and has stood through several Congressional elections without challenges.

"Some of the lawsuits take on a very partisan angle, saying 'This is the reason why Democrats are in the minority is because of these evil Republicans gerrymandering,'" said Nathan Benefield of the Commonwealth Foundation. "These districts were drawn with bipartisan support at the time they were drawn."

The LWVPA says it would like to see the maps re-drawn by lawmakers without voter party registration as a factor in how they are drawn.

"There's a lot of frustration, or feeling like you're not heard by elected representatives from the federal level, all the way down to the state level," Almeida said. "Fixing the way that our districts are drawn is a way to kind of address all of what's underlying that frustration."

Other groups like the Commonwealth Foundation say they would also like to see changes to the redistricting process, but their method would remove lawmakers from the process entirely, putting it in the hands of an independent commission.

"Let's just change the process to one that is more fair, rather than trying to fight it out in courts, which may or may not lead to any conclusion whatsoever," Benefield said.

There is uncertainty about whether the results of the lawsuits would impact the 2018 midterm elections. If nothing changes, the map would be re-drawn in 2021.