A Dauphin County judge blocked the city of Harrisburg from enforcing some of its gun laws Wednesday. The city is in the midst of a legal battle with the gun own...

A Dauphin County judge blocked the city of Harrisburg from enforcing some of its gun laws Wednesday. The city is in the midst of a legal battle with the gun owners’ group, U.S. Law Shield.

U.S. Law Shield is suing the city because the group says its gun laws illegal, based on the state’s Uniform Firearms Act, which says only the state can legislate gun ownership. The group got standing to sue the city under Act 192, which went into effect this year.

The judge’s injunction keep the city from enforcing three of its five gun regulations. They’re the ordinances that prohibit the possession of guns in parks, during a state of emergency, and by an unaccompanied minor.

“To have a judge say, as was said in the order today, that you should be able to carry arms unsupervised, within the city of Harrisburg because they might possibly need to go hunting, is really incomprehensible,” says Mayor Eric Papenfuse.

The two that were not blocked prevent the discharge of a gun within the city and mandate reporting of lost or stolen guns.

“What we’re talking about are common sense ordinances which are incredibly important to the residents of this city,” says Papenfuse, who said he was “disappointed” by the injunction. “We are surrounded by an epidemic of gun violence, widespread use of illegal guns, including by our youth.”

But U.S. Law Shield says the city’s laws didn’t help its illegal gun problem. Its attorney says the city is wasting money defending itself. Under Act 192, Harrisburg will be on the hook for the group’s attorney’s fees. Those are already approaching six figures, and the city could have to pay up to $250,000 based on its insurance deductible.

“So what you have in front of you is a choice, Harrisburg,” says attorney Justin McShane. “You can either continue to fund a dead loser of a lawsuit or you can build. You can build a community center for the amount of money that will be involved.”

The mayor says the city will need to decide what to do next. He is awaiting the Commonwealth Court’s decision on Act 192, and believes it will be found unconstitutional. 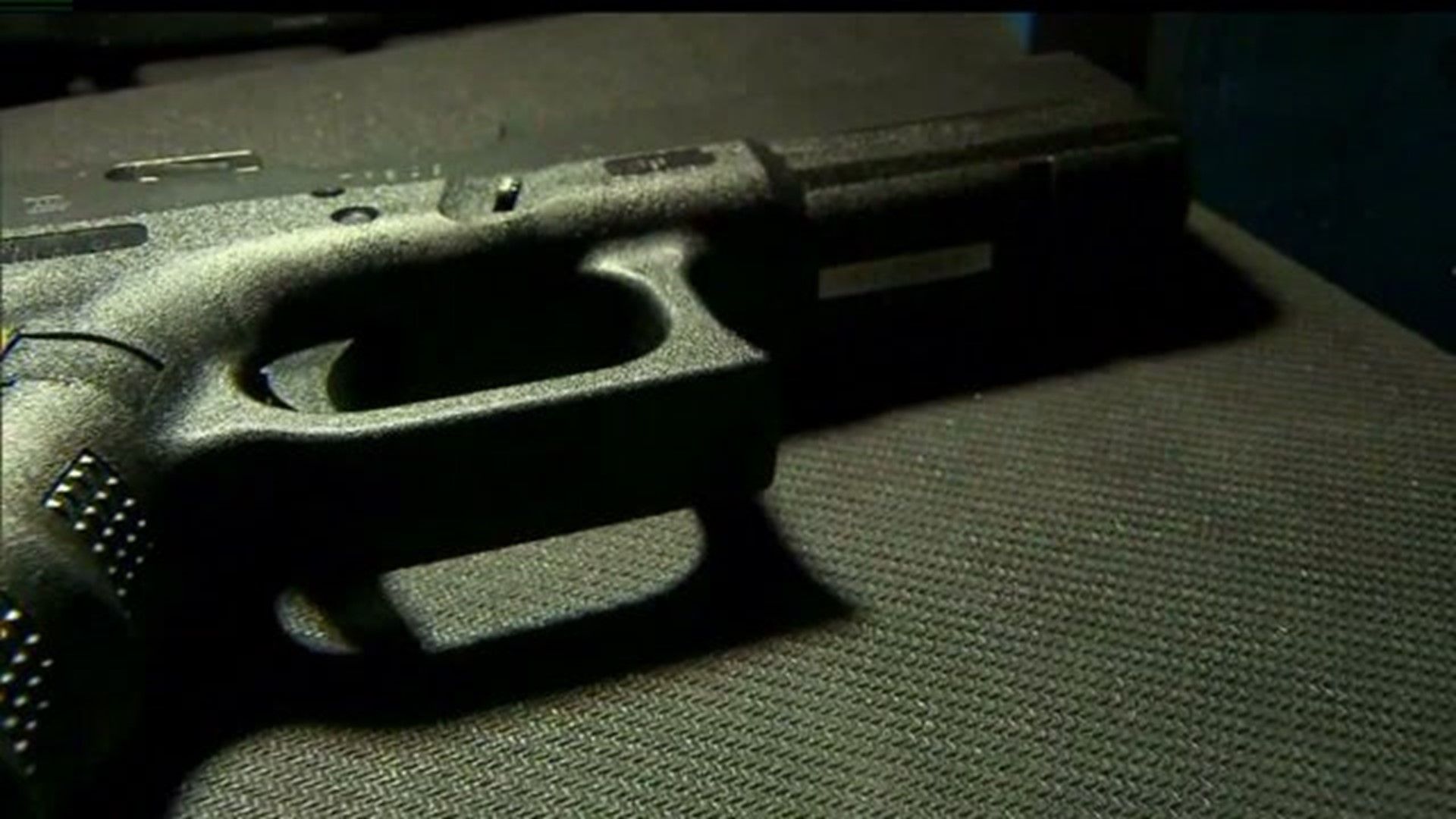