SPRING GARDEN TOWNSHIP, YORK COUNTY, Pa. — A York County salvage yard is working to get its metal shredder back up and running after complaints of metal d... 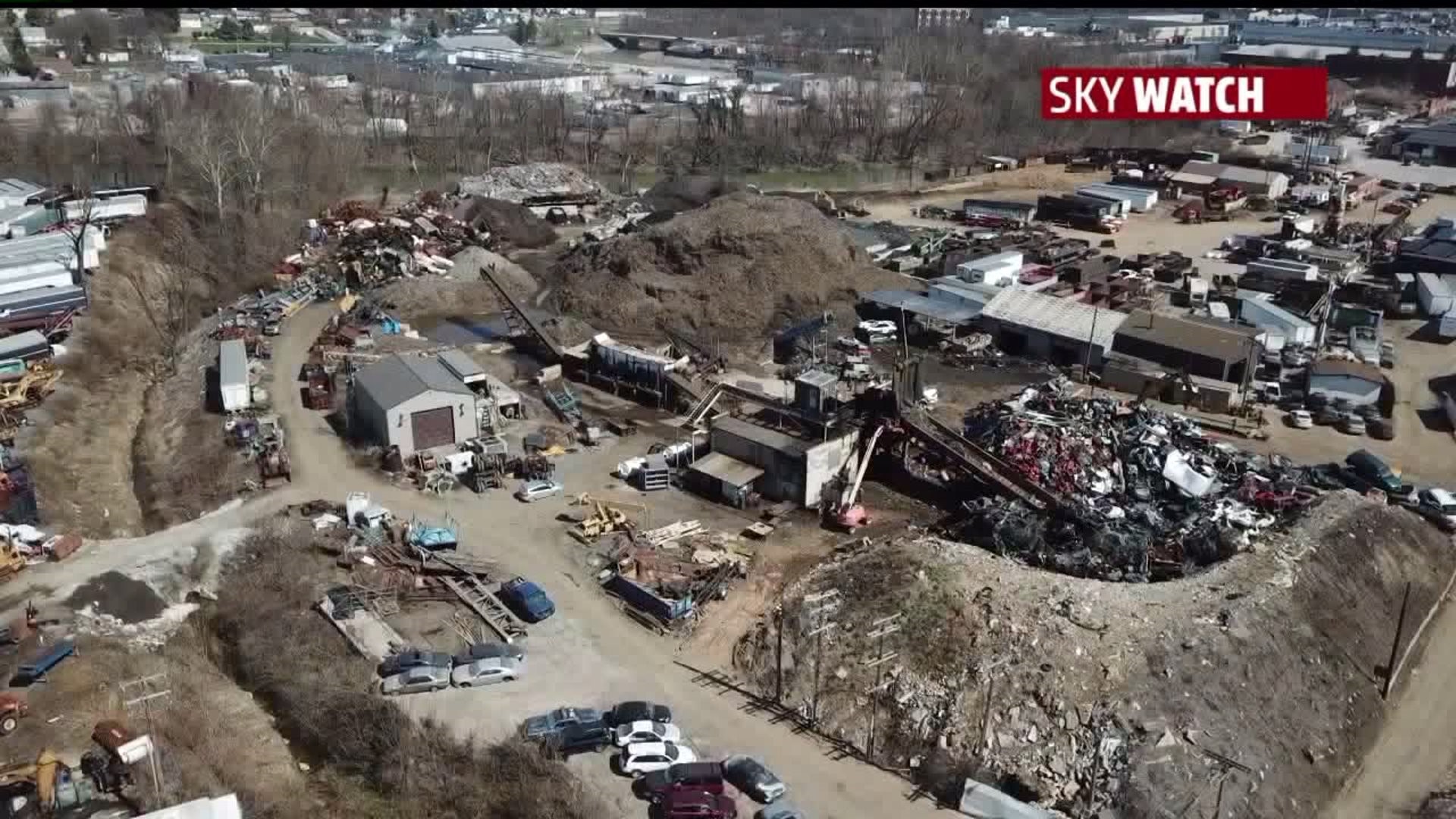 SPRING GARDEN TOWNSHIP, YORK COUNTY, Pa. -- A York County salvage yard is working to get its metal shredder back up and running after complaints of metal debris being launched to nearby homes, pushed the owner to shut operations down last week.

Last week, the DEP launched an investigation into reports of dangerous metal debris from J&K Salvage.

"I’m happy that there is a solution, I hope that it’s a permanent solution and my only question would be why did it take so long?" said Mary Glass, resident.

Spring Garden Township officials tell FOX43 they met with Joe Darrah, the owner of J&K Salvage alongside the DEP, after receiving complaints.

Darrah agreed to halt shredder operations until a protective barrier on the shredder is placed.

Many neighbors tell FOX43 the issue isn’t just about metal debris, but the loud explosion-like noises they hear going off regularly.

“It’s basically you’re like sitting in your house and all of the sudden you feel a vibration of your whole house and you hear a loud boom," said Taylor. “If you did not know where you were and that you weren’t in Regents Glen you would think you were in a shoot out somewhere," she added.

Township officials say the metal guard is expected to be finished any day now.

FOX43 reached out to the owner of J&K, Joe Darrah for comment on the status, however he declined.

The DEP will continue their investigation.