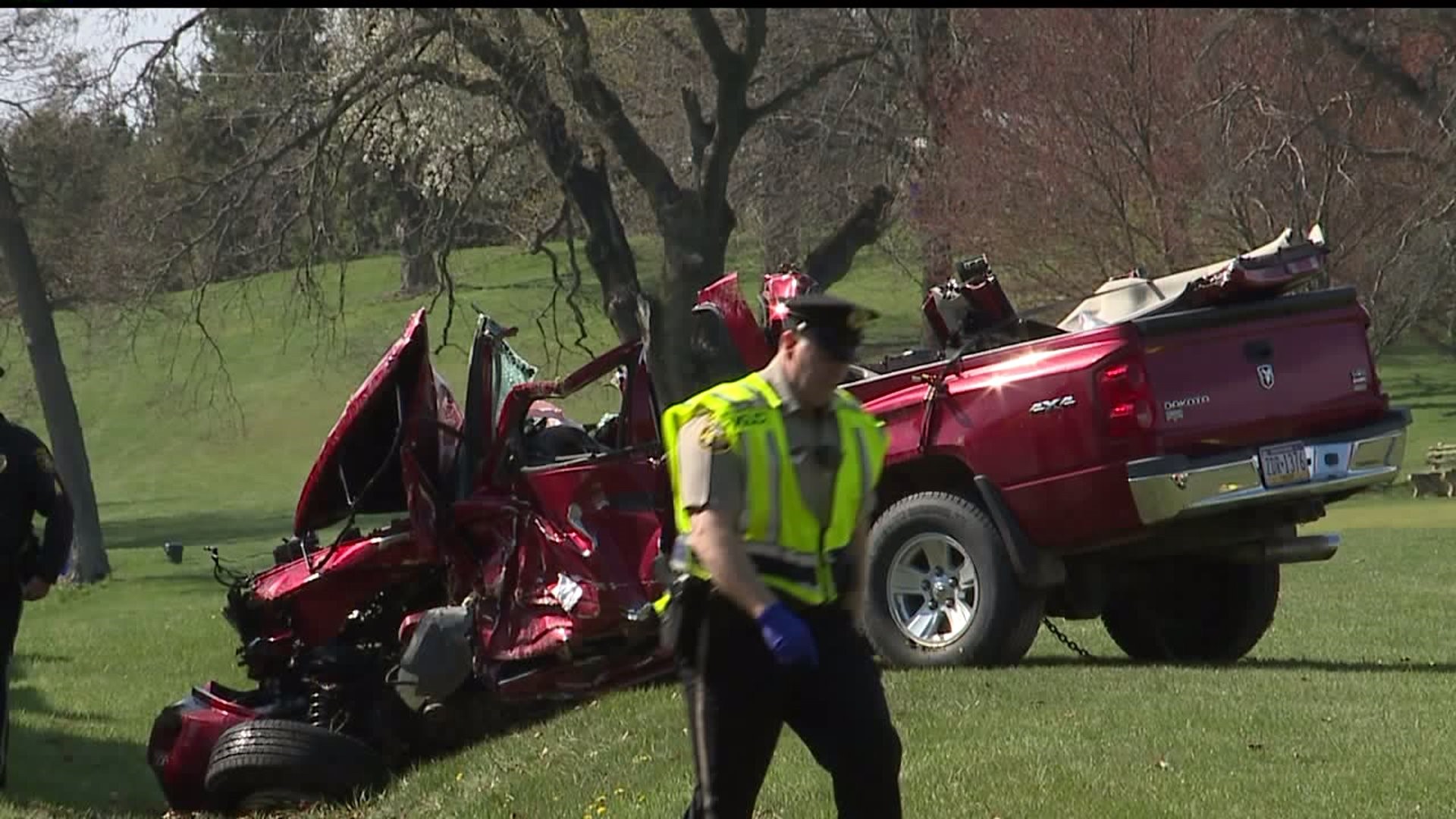 JACKSON TOWNSHIP, YORK COUNTY, P.A. --- A little after eight this morning, officials say a train going southbound at 20 miles per hour struck a pickup truck, pushing it nearly 350 feet down the rail line.

Authorities say the driver of the truck, a 25-year old man, failed to yield the right of way to the train despite the train sounding its horn.

The driver of the truck was trapped for nearly two hours before getting free and transported to York Hospital with non-life threatening injuries.

Residents who travel through the intersection, like Vincent Scarpino, said he believes the area is dangerous with little visibility.

"If you're in the new vehicles, that are so lock-tight and you have a radio on, you don't really hear that horn coming off the engine," said Scarpino.

One of worries of residents is the tree lines that cover the train tracks going in each direction on Little Creek Road.

Another concern: the only warnings of the railroad- crossing signs in each direction.

Some residents, like Jean Ross, said they know to take extra caution around the tracks since they're used to the area.

"Just stop, look and listen...That's about all you can do. It's a railroad and because they don't have the lights, you really need to take caution to it," said Ross.

Some residents believe there should be more crossing signals, bars and bells at the intersection in the future.