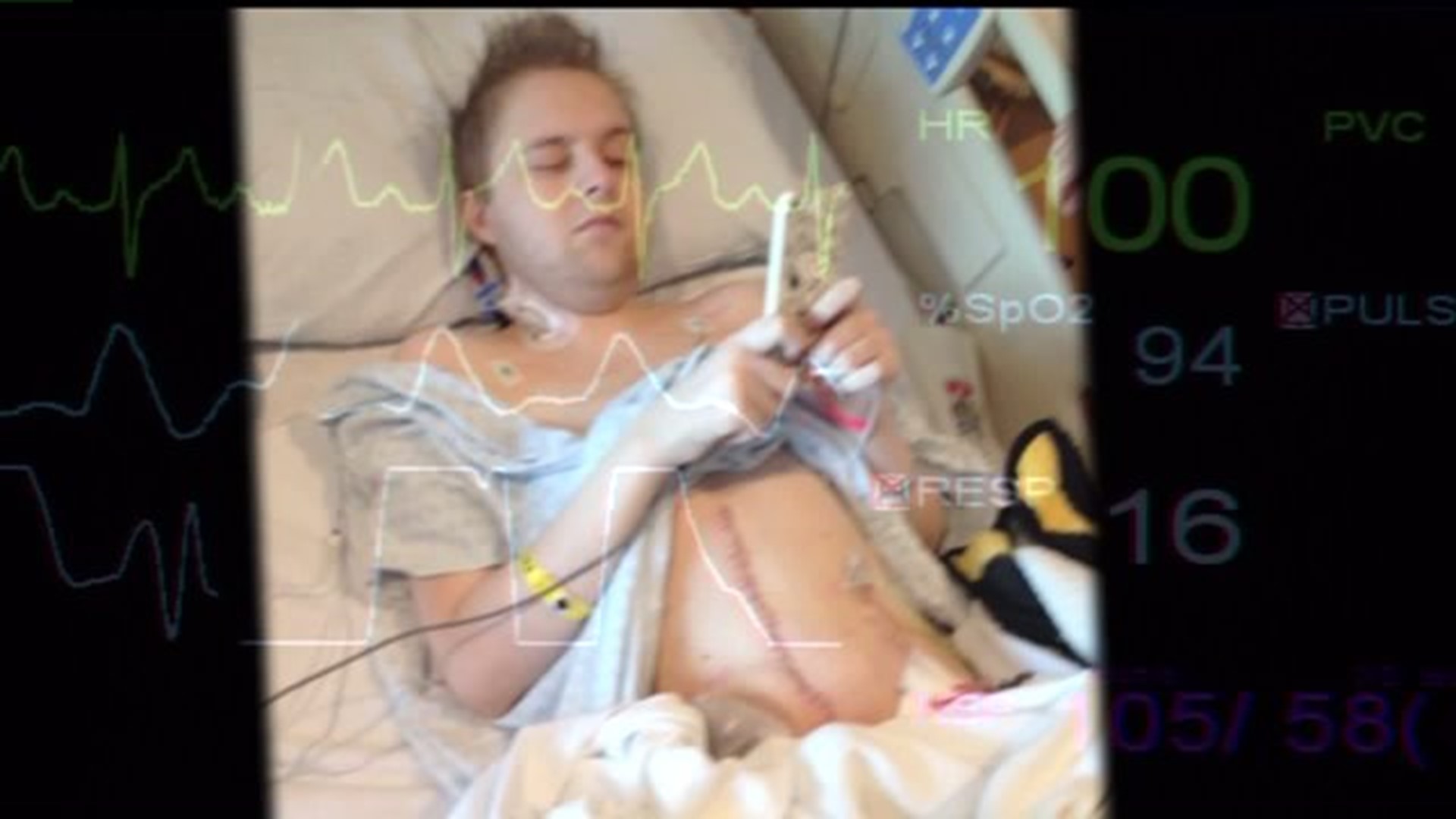 It’s an uncertain future for those in need of a life-saving organ transplant.

Sadly though, a shortage of donors means many will die waiting.

The 21-year-old from Mount Joy is one of more than 8,500 people in Pennsylvania waiting for the phone to ring; for him that call means four new organs and another chance at a healthy life.

Joey needs a small bowel, a large bowel, a pancreas and a liver to survive.

With all four organs needing to come from the same person, Joey and his family know finding a perfect match won’t be easy, but it’s a process they’re all too familiar with.

Joey was born was Hirschsprung’s Disease which infects the entire large and small intestine.

“As a mom I just want to see my son feel better and right now I know he deals with pain on a daily basis,” Cindy said.

Joey has undergone dozens of surgeries, survived a battle with cancer and has already received one transplant; it was a bowel which only lasted a few years before his body rejected it.

He’s now being kept alive by IV nutrition and fluids, which he is hooked up to for 16 hours a day.

As the Gotowskis wait for that call to come, they’re on a mission to raise awareness about organ donation in hopes of not only helping Joey but also the thousands of others across the country who are currently on the waiting list.

“There are people dying every day waiting for an organ,” said Joey’s father, Matt Gotowski. “It’s one of these equalizers that even if you were Bill Gates and you had all the money in the world, you couldn't get it. You have to be blessed."

The Gotowskis aren’t alone in their fight; Pennsylvania Senator Stewart Greenleaf is also pushing for change when it comes to organ donation.

“We’re in a public health crisis right now because the growth of the individuals who need a donation of an organ is outgrowing the number of individuals who are giving their organs,” he said.

That’s one of the reasons why he has proposed SB 180, also known as the Donate Life PA Act.

The bill aims to increase the number of organ and tissue donors by creating more public education programs throughout the state and by making it easier for people to register.

"We want to make sure they know how to do it, why they're doing it and how helpful it is,” Senator Greenleaf said.

The bill is currently in the Senate Appropriations Committee and with bi-partisan support, Senator Greenleaf says he’s feeling optimistic.

“This is a life or death situation; the longer we wait to pass this legislation, the more people will die unnecessarily,” Greenleaf added.

In the meantime, doctors say it could take more than 2.5 years to find a match for Joey.

As the Gotowski’s wait for that day to come, they say they’re doing what they can to get by.

For more information on how you can help ease their struggles, click here.