‘It’s all about the brotherhood’: fire captain’s surprise homecoming

DERRY TOWNSHIP, DAUPHIN COUNTY, Pa. — Firefighters often come to the rescue in an emergency, but a Dauphin County company came to help one of their own. T... 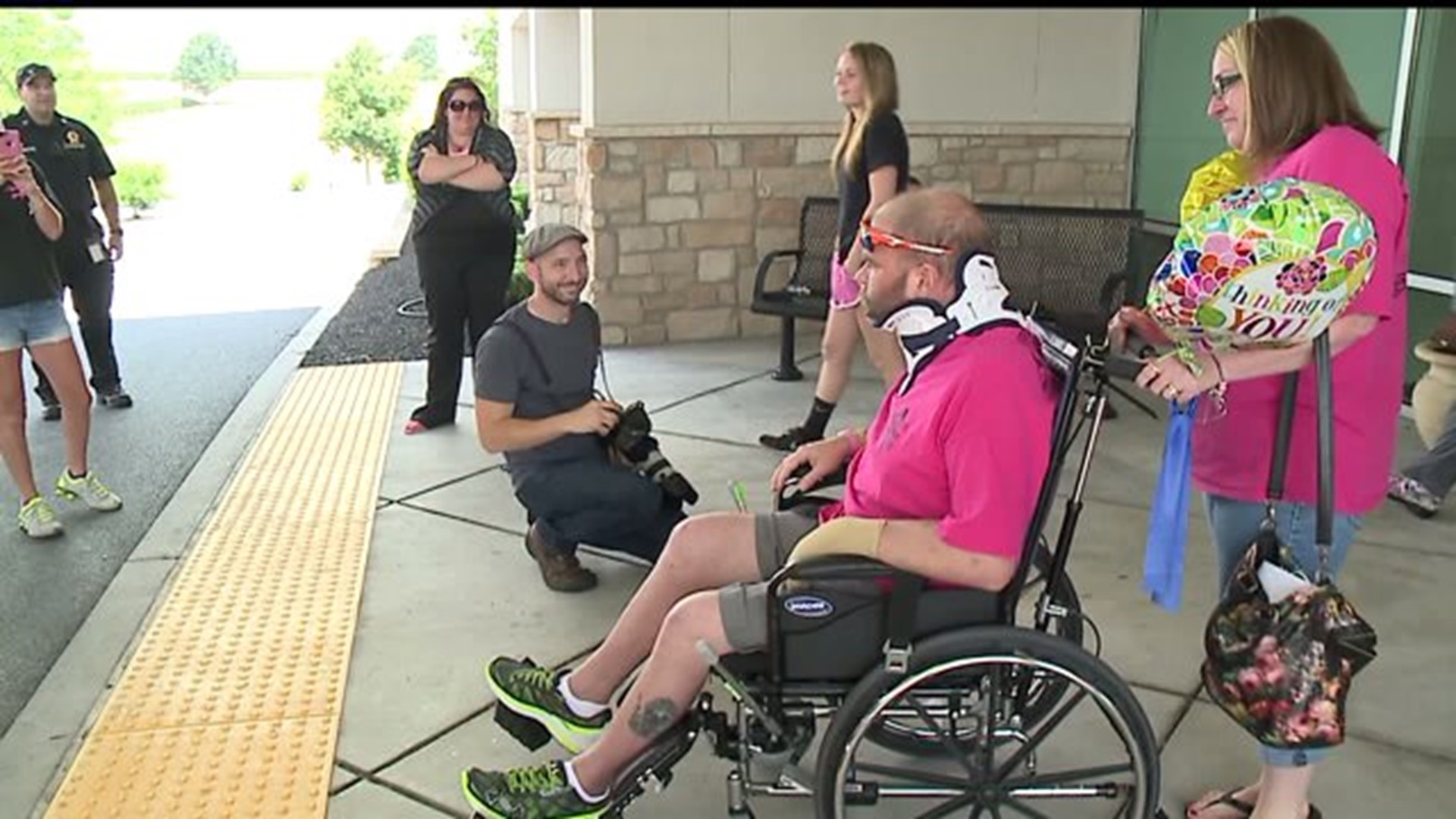 DERRY TOWNSHIP, DAUPHIN COUNTY, Pa. -- Firefighters often come to the rescue in an emergency, but a Dauphin County company came to help one of their own.

The Wiconisco Township fire captain was released from a rehabilitation facility for cancer treatment.

There was only one way fitting to take him home.

Wiconisco firefighters were on a special mission, to bring their captain Dustin Rhoads home for his family.

Wife Jody Rhoads said, "They have been by our side since day one. We would be lost without them."

Wiconisco Fire assistant fire chief Matthew Basti said, "It's a brotherhood. It's all about the brotherhood, I would do it for any one of my brothers, but Dustin is like my best friend."

"Men aren't supposed to have breast cancer. It's been a fight since 2012, and then when we found out again earlier this year from a routine hip replacement it was definitely a big shock ," Jody Rhoads said.

Daughter Britanie Rhoads said, "It's been tough, but we came together as much as we can to be here for him."

Many came together to see Rhoads released from the Penn State Hershey Rehabilitation Hospital. His crew lifted his spirits, as they have him back where he belongs for the surprise homecoming.

"He's a great guy. He's there for everybody when you need him, and everybody loves him," Britanie Rhoads said.

"Knowing that we have that support daily, that I'm not alone, and we're not alone, so that's a good feeling ," Jody Rhoads said.

The call of a siren is also a good feeling for firefighters who are always ready to come to someone's rescue.

"I'm sure he will still be around the fire house, because he has a motorized wheelchair, and he only lives less than a block away. I'm sure when the fire alarm blows, he'll be down there to see what's going on," Basti said.

For wife Jody, a fire engine is not the only place where captain Rhoads belongs.

"I couldn't wait for this day. It couldn't come soon enough, and I'm just ready to have him home," Jody Rhoads said.

The Wiconisco Fire company plans a benefit on September 10th at its Dauphin County fire hall, to raise money to help the Rhoads with family and medical expenses."