YORK TOWNSHIP, YORK COUNTY, Pa.–There is a newer procedure available for people who suffer from pinched nerves and hernias in the neck. “I woke up a... 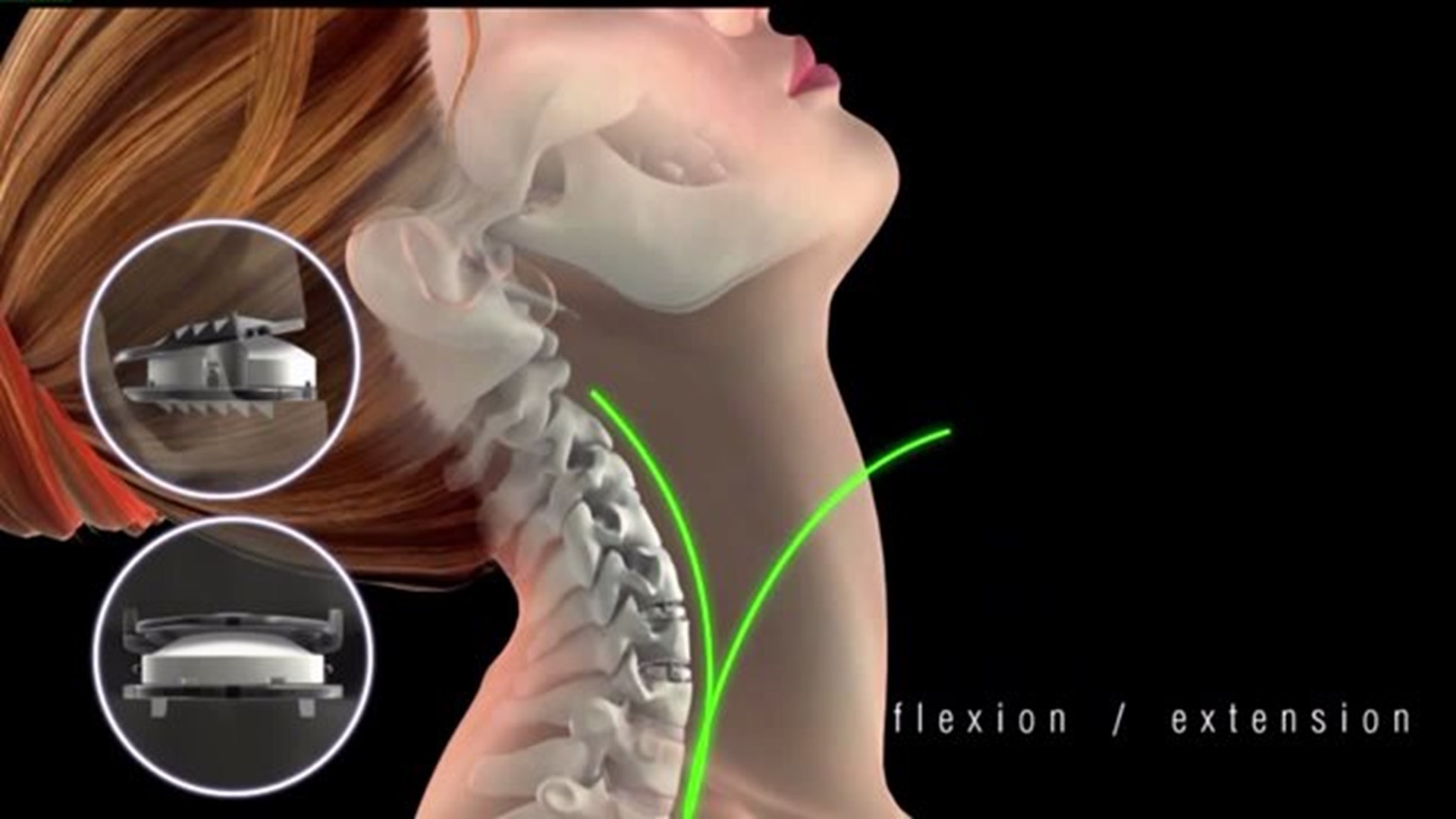 YORK TOWNSHIP, YORK COUNTY, Pa.--There is a newer procedure available for people who suffer from pinched nerves and hernias in the neck.

"I woke up and couldn't turn my neck," Lori Tanner, who underwent the procedure said.

She said she thought she had slept in a bad position.

"I then started to have some arm pain in my right arm and numbness and it was gradually getting worse," she said.

Tanner said she had a herniated disk in her neck. Injections were tried, but they did not work for her.

"It was making my daily life a little hard," she said.

"We opted for a disc replacement in her case," Dr. Patel said.

Dr. Amit Patel of OSS Health is the only doctor that does the procedure in the York Area.

"Over the past few years, they are becoming more and more popular in the United States," Dr. Patel said.

The older solution is a fusion surgery, where the neck vertebrate are fused together. Dr. Patel said the procedure dates back to 50s and 60s.

According to Dr. Patel, disc replacements allow for more natural movement of the neck and limits bone wear and potential follow up surgeries. The F.D.A., in the last few years, approved for necks to be able to have two disc replacements.

"It's a great benefit to patients, particularly young patients who had to previously decide whether they were going to have one level disc replacement versus a two level fusion," Dr. Patel said.

"When I came out of the surgery, it was like all my pain is gone," Tanner said.

In just ten months since the surgery, her arm is back to about 90% strength.

The procedure leaves a small scar on the neck and requires no physical therapy. The procedure is not for everyone. People who have too much bone damage, will not qualify for the surgery. Most health companies cover the cost of a single level disc replacement, but not as many cover for two levels.