With a husband and three sons to look after Kerri Porinchak already has her hands full. She said, “I mean, really at this point it’s what’s on...

With a husband and three sons to look after Kerri Porinchak already has her hands full. She said, “I mean, really at this point it’s what’s one more?”

That welcoming warmth is being showered on the Porinchaks’ newest family member at their house in Lititz. That new family member is a black Labrador named Taji. An Amish family found him last week in Lancaster. His foot was torn up so badly, he couldn’t walk.  “The theory is that his paw was caught in a trap. He lost two toes now, they had to remove two toes through surgery,” said Brandon Porinchak.

Since the Porinchaks adopted Taji, they’ve learned how to dress his wound. Initially they put a muzzle on him just to be safe, but they quickly discovered that was the last thing they needed. “He just started kissing my face. He was so sweet. He knows that we’re trying to help him, which is odd because he’s only been with us since Friday,” said Kerri. Since then the whole family has embraced him as one of their own. “It’s easier to get along with Taji then my brother,” said eight-year-old Kaleb Porinchak. 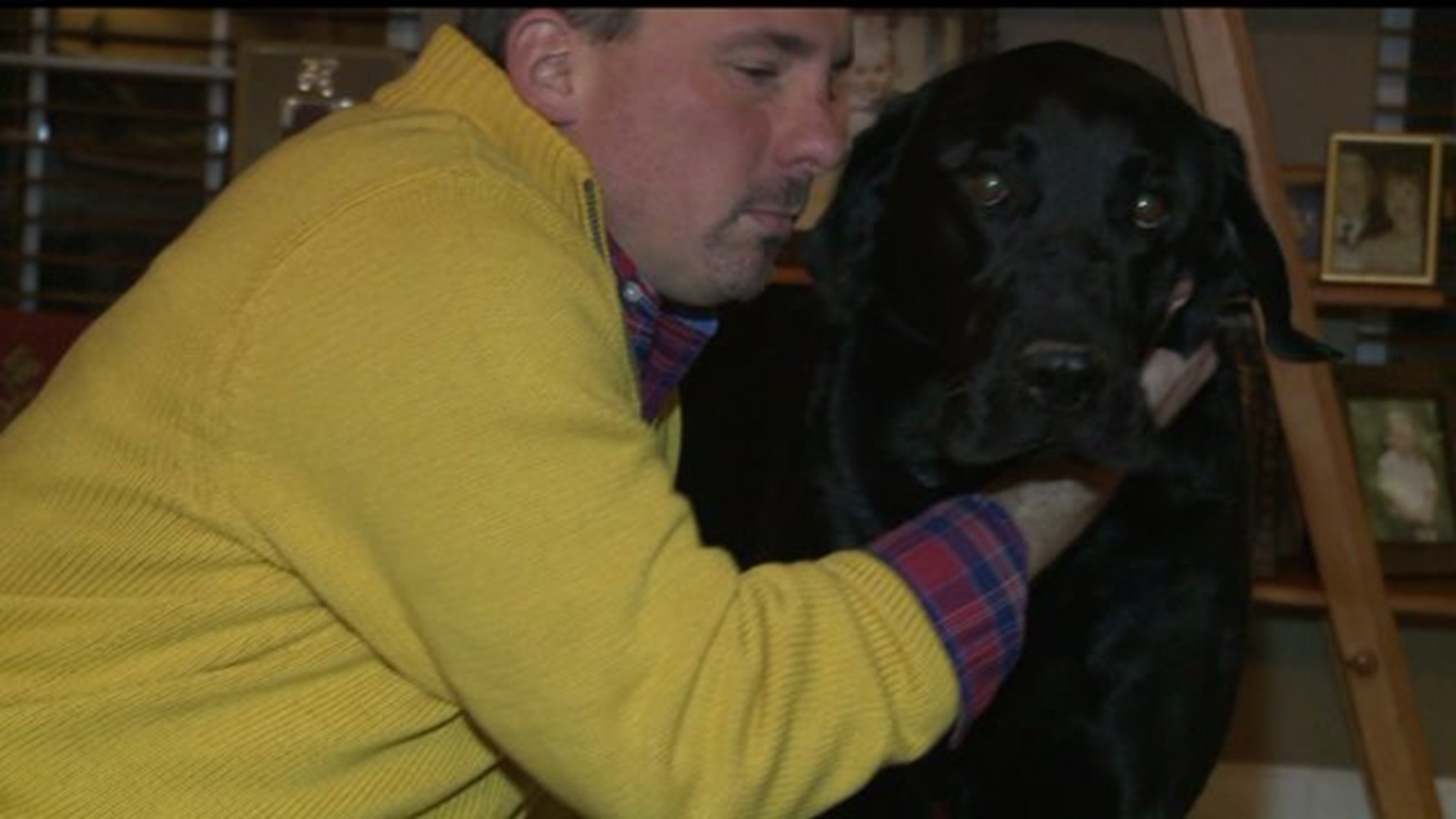 However he wasn't always called Taji. Brandon named him that after the base where he was stationed in Iraq, where he saw more combat than anyone should. "Over 50 missions as a rear Humvee gunner and lead combat life saver on a convoy detail in and around Baghdad," said Brandon. From saving fellow soldiers to saving Labradors, Brandon is showing his sons that helping others is a worthy goal.