FRANKLIN COUNTY, Pa.– UPDATE (July 20, 2:51 p.m.): The Lehigh County Coroner’s Office identified the victim who died of the injuries he sustained in... 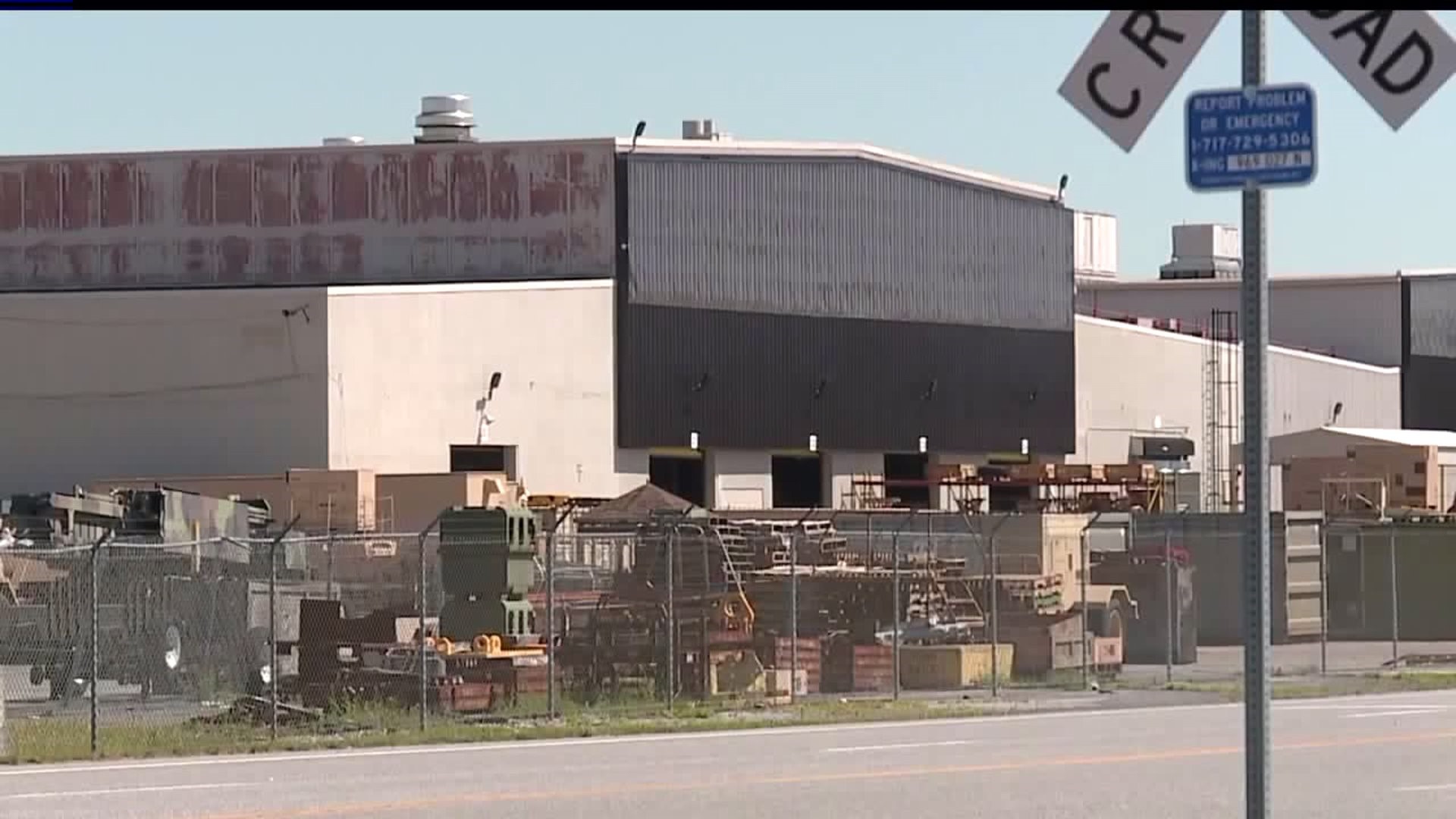 FRANKLIN COUNTY, Pa.-- UPDATE (July 20, 2:51 p.m.): The Lehigh County Coroner's Office identified the victim who died of the injuries he sustained in the explosion as Eric Byers, 29, of Saltillo, Huntingdon County. The coroner says Byers was pronounced dead at Lehigh Valley Hospital Thursday at 7:12 p.m.

An autopsy performed Friday revealed Byers died of thermal injuries due to a fire. Byers was handling chemicals when a flash fire occurred, the coroner said.

"It is with a heavy heart that I announce the passing of dedicated member of our LEAD family who was injured in Thursday’s explosion.” Two employees still remain hospitalized in critical but stable condition. On behalf of the families and workforce, the depot requests respect and privacy for all those involved."

Letterkenny posted the following message on their Facebook page:

PREVIOUSLY: Five people have been injured after a Thursday morning explosion at Letterkenny Army Depot near Chambersburg.

According to Col. Steven Ledbetter, the commander at Letterkenny, a small explosion and fire in the paint area of Building 350 left five people requiring medical assistance.

Production was suspended in building 350 at the depot Thursday with plans to reopen third shift on Sunday. Officials want to make sure the building is safe before the 900 employees who work there return.

Colonel Ledbetter says this is the first industrial accident to happen at the depot in years. He credits safety drills and training for the quick thinking of employees and first responders who may have helped prevent this incident from being much worse.

Officials do not believe this was an act of terrorism but are still investigating what exactly cause the explosion.

Below is the press conference Ledbetter held Thursday afternoon: 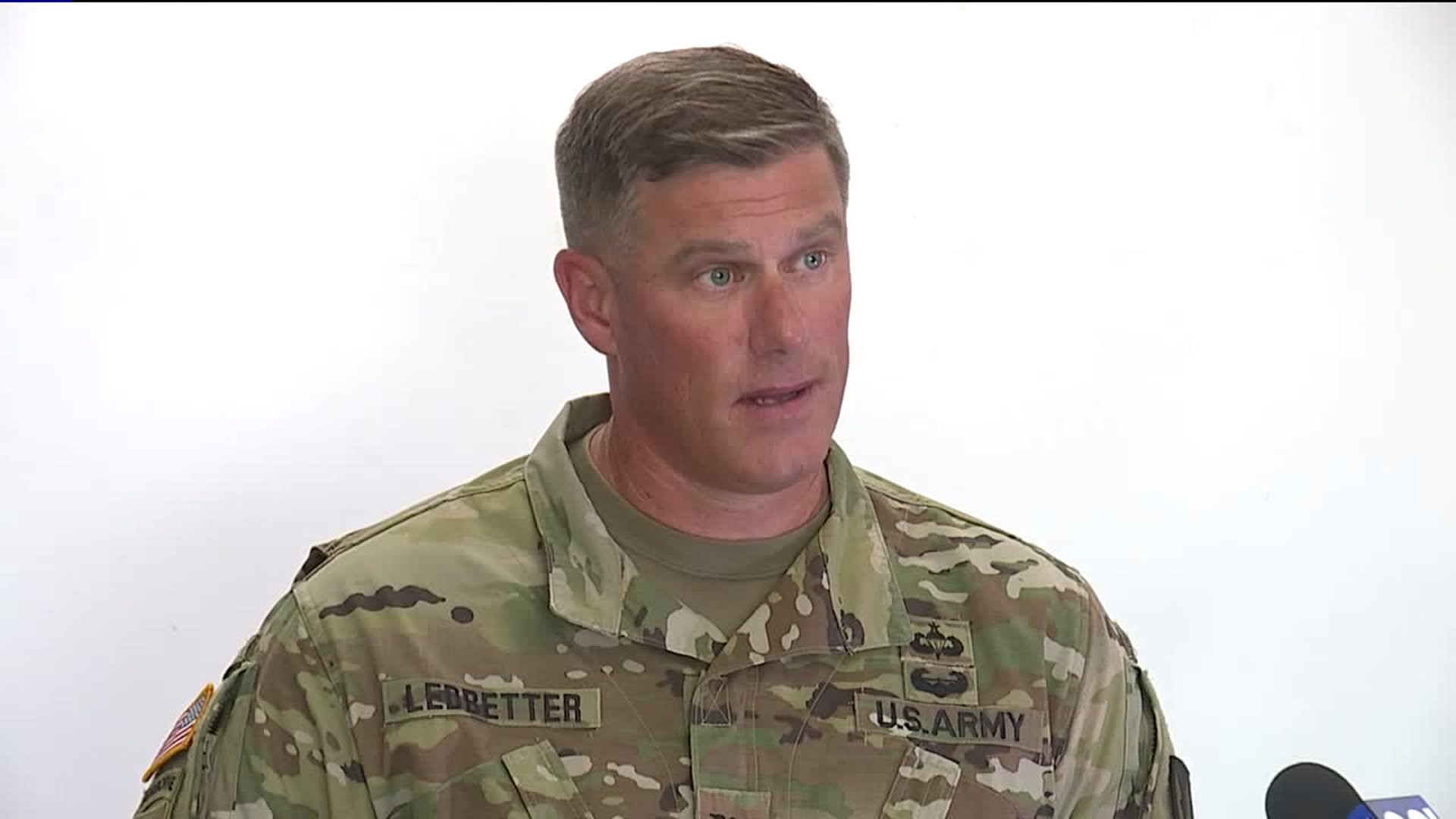 Just arrived at the LetterKenny Army Depot a few minutes ago. A fire truck also just arriving.
We were told at a 10am press conference, a subsequent fire from the explosion has been contained. @fox43 pic.twitter.com/fHokeEqNK2

This building is where the explosion happened. Colonel Ledbetter says it happened in the paint room in production facility in building 350. pic.twitter.com/ao8PHseF6v

West Shore Paramedics and U.S. Army EMS meeting in the media staging parking lot to exchange what appears to be medical equipment. pic.twitter.com/EtRJBJ7GJu

Letterkenny Army Depot had posted several messages on their Facebook page this morning with different warnings and updates for employees, but removed them around 9:15 a.m.:

#Letterkenny update from the LEAD Facebook page says if employees are outside the main gates, do not try to get back in. pic.twitter.com/087HI6MWYs

NEW: Update from #Letterkenny...The "incident" - reported explosion - at Building 350 has been contained and those injured have been transferred to nearby hospitals. @fox43 pic.twitter.com/IfWQgdVwZH

Update: #Letterkenny Army Depot’s Facebook page has taken down all posts from this morning concerning the explosion.

According to Herald Mail-Media, Building 350 is the depot's vehicle maintenance shop used to repair and upgrade military vehicles.

Governor Tom Wolf issued the following statement on the explosion:

"My first concern is for the expedient treatment of those injured and the safety of those working or visiting Letterkenny,” Gov. Wolf said. “I have been in touch with the Pennsylvania Emergency Management Agency, which has been working with county emergency officials to be sure the state is doing everything it can to help in this situation.
“First responders have been on the scene since just after the explosion and have advised that it was contained to a warehouse area. I am receiving updates to ensure that all needs are being met.”

Senators Bob Casey and Pat Toomey tweeted out their thoughts to those affected by this morning's incident:

My thoughts are with those affected by this incident at Letterkenny Army Depot. My staff has been in contact with the Army, and we stand ready to assist in any way we can. https://t.co/nk3yfMcmpi

Monitoring the situation at Letterkenny Army Depot in Franklin County. My staff and I have been in contact with the @USArmy and are awaiting more information. My thoughts are with those who are injured, their families, and the entire Letterkenny community. https://t.co/HVtVPnMa5x