YORK, Pa. — In a stunning upset, Michael Helfrich will serve as the next mayor of York. With 100 percent of precincts reporting, Helfrich, who currently s... 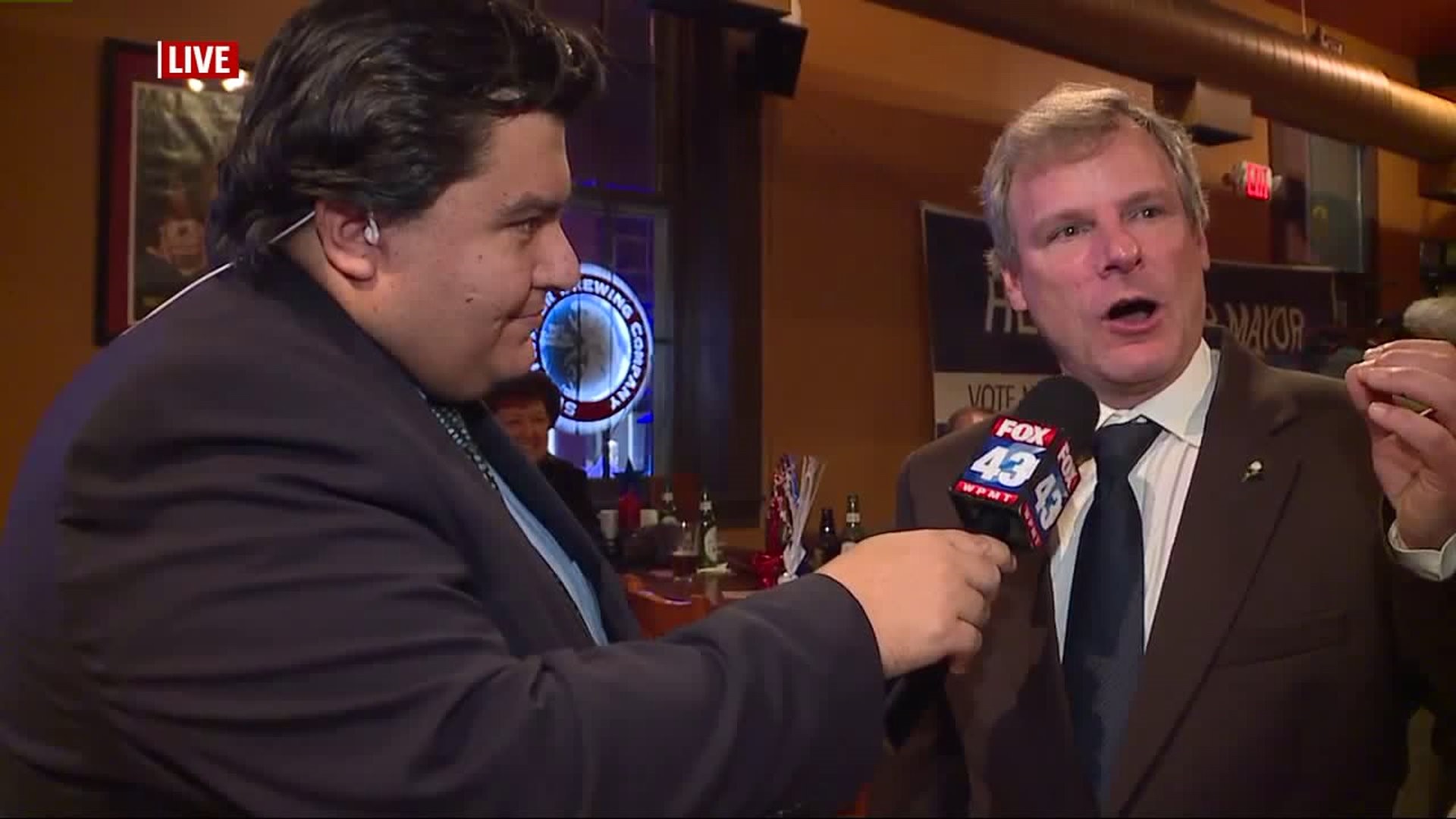 YORK, Pa. -- In a stunning upset, Michael Helfrich will serve as the next mayor of York.

With 100 percent of precincts reporting, Helfrich, who currently serves as City Council president, defeated the incumbent Mayor C. Kim Bracey by about 130 votes.

Helfrich had lost to Bracey in the Democratic primary election by a little more than 300 votes, but garnered enough support as a write-in candidate in the Republican primary to have his name placed on the general election ballot.

Helfrich made that second chance count, working hard to mobilize voters who ultimately agreed with his vision for the future of the city of York.

"We brought every type of person in this city together and gave them a vision, a new vision where people have opportunity," Helfrich said. "This isn't a city of a downtown, this is a city of neighborhoods and everyone in these neighborhoods is going to get opportunity now."

Helfrich celebrated with his supporters downtown and there was a buzz in the room as the challenger received early positive returns.

At Bracey's campaign festivities, things were more muted as results began to trickle in with Helfrich out to an early lead that Bracey could not overcome.

There was cautious optimism that perhaps Bracey could squeak out a victory, but by 10 p.m., the outgoing mayor thanked her supporters and conceded the race to the challenger Helfrich.

"It's been a phenomenal role to be the chief executive officer of the city of York leading so many initiatives and changes," Bracey said. "It's been a wonderful opportunity."