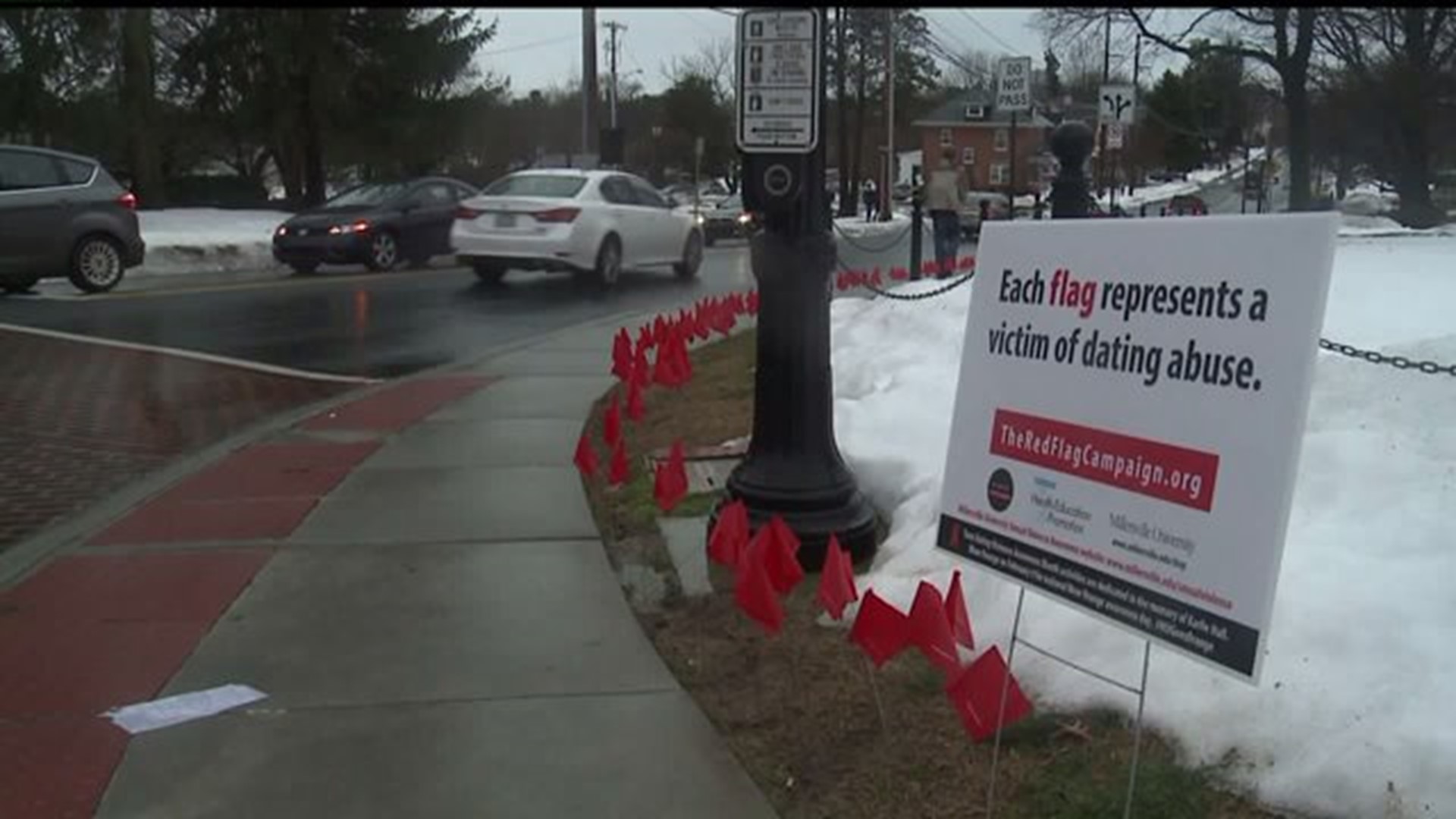 MILLERSVILLE, Pa. - On February 8, 2015 Karlie Hall, 18, was murdered inside her Bard Hall dorm room at Millersville University. Her boyfriend, Gregorio Orrostieta faces charges for allegedly strangling and beating her to death. His trial has been continued until at least April. He remains in jail.

The entire campus community felt the loss of Hall. It is the only murder ever committed on campus. In her memory, the peer educators group that focuses on relationship abuse became known as Karlie's Angels Peer Educators. Funds from Karlie's Angels go toward campus programs.

"One of the great new resources, that we have started over the last year, is that Tuesdays we have a domestic violence counselor from Domestic Violence Services of Lancaster so, they are on campus for students," said Jayme Trogus, director of the Center for Health Education and Promotion.

Furthermore, the campus is participating in Teen Dating Violence Awareness Month. Programs are planned in Hall's memory throughout the entire month of February.

Red flags have also been placed around campus as part of The Red Flag Campaign. Statistics show one in five college students will become the victim of dating abuse. The campaign aims to make people aware of the "red flags".

As per the campaign website, " The Red Flag Campaign uses a bystander intervention strategy to address and prevent sexual assault, dating violence, and stalking on college campuses. The campaign encourages friends and other campus community members to say something when they see warning signs ("red flags") for sexual assault, dating violence, or stalking in a friend’s relationship.

The Campaign is a project of the Virginia Sexual and Domestic Violence Action Alliance, and was created by college students, college personnel, and community victim advocates."