‘ I’m sorry!..I wish I didn’t kill him’ Hummelstown police officer takes the stand in her defense 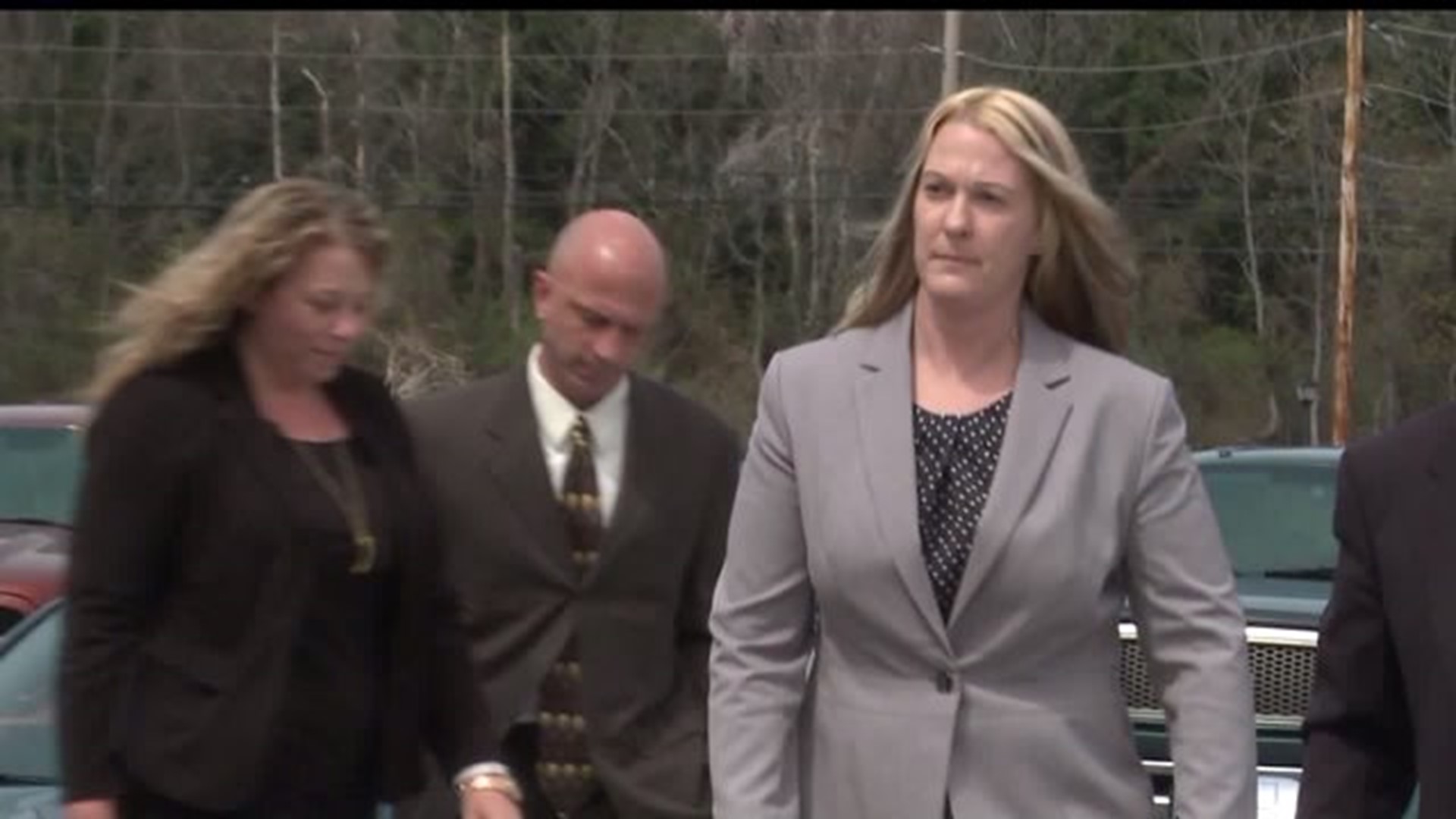 The veteran Hummelstown police officer has been suspended and is charged in the death of David Kassick, who was unarmed at the time Mearkle shot him. The incident happened in February, after Kassick failed to stop during a routine traffic stop.

Mearkle testified about attempting to pull Kassick over for an expired inspection. She said he took off and sped around a car at a red light, and into an oncoming lane of traffic to get under a one-lane underpass. Mearkle said she couldn't find the car once she got through the underpass but spotted it again on Grandview Road. She said Kassick pulled into a driveway of a home. (later determined as his sister's house, where he lived.) Mearkle said Kassick took off running through a yard. She chased after him, and called to dispatch for backup. Mearkle testified that Kassick tripped, and she screamed at least twice, "Stop or I'm going to tase you!" She said he got back up, so she aimed at his back, and he went down. She pulled the trigger several times on the taser, but said Kassick kept moving, reaching for his pockets, and even tried to remove the taser prongs, despite several commands for him to show his hands.

Mearkle said she purposely moved the taser to her left hand to make sure the entire incident was caught on camera for the public to see. "The way police and community relations are I knew people wouldn't believe me. I wanted people to see he was moving his hands," she said sobbing on the stand.

"I believed he had a gun in his pocket. Why else did he keep reaching in there?" she continued. After more commands, Mearkle said she realized the taser was not working. She did not go for a second cartridge because she believed the situation had escalated to a higher threat level, and he was threatening her by reaching into his pocket.

The defense then showed the video again from officer Mearkle's taser. It showed Mearkle shoot Kassick in the back. After more commands Kassick was still not showing his hands so she shot him again. On the video you can see Kassick eventually stop moving. "I wish he didn't try to get away. I wish he didn't do this. I wish he was still here. I wish I didn't kill him," said Mearkle as she again broke down crying.

"I'm sorry! I'm sorry!" she shouted over and over again as she looked at the jurors and judge. Mearkle plead to everyone in the courtroom that she believed he had a gun and was a danger to her. "I was justified," she said.

Mearkle broke down again and got angry at times during the Prosecution cross-examination. Deputy District Attorney Johnny Baer questioned Mearkle as to whether at any point, during the car pursuit, or in the yard, Kassick had ever verbally threatened her, or advanced or even rolled in her direction. Mearkle replied,"No." Baer also asked if she had rehearsed her testimony.