‘I’m in a fight for my life,’ Medical marijuana advocates rally, then wait at Capitol

HARRISBURG, Pa. — Dozens of medical marijuana supporters are waiting at the state Capitol this week, hoping the House of Representatives approve long-stan... 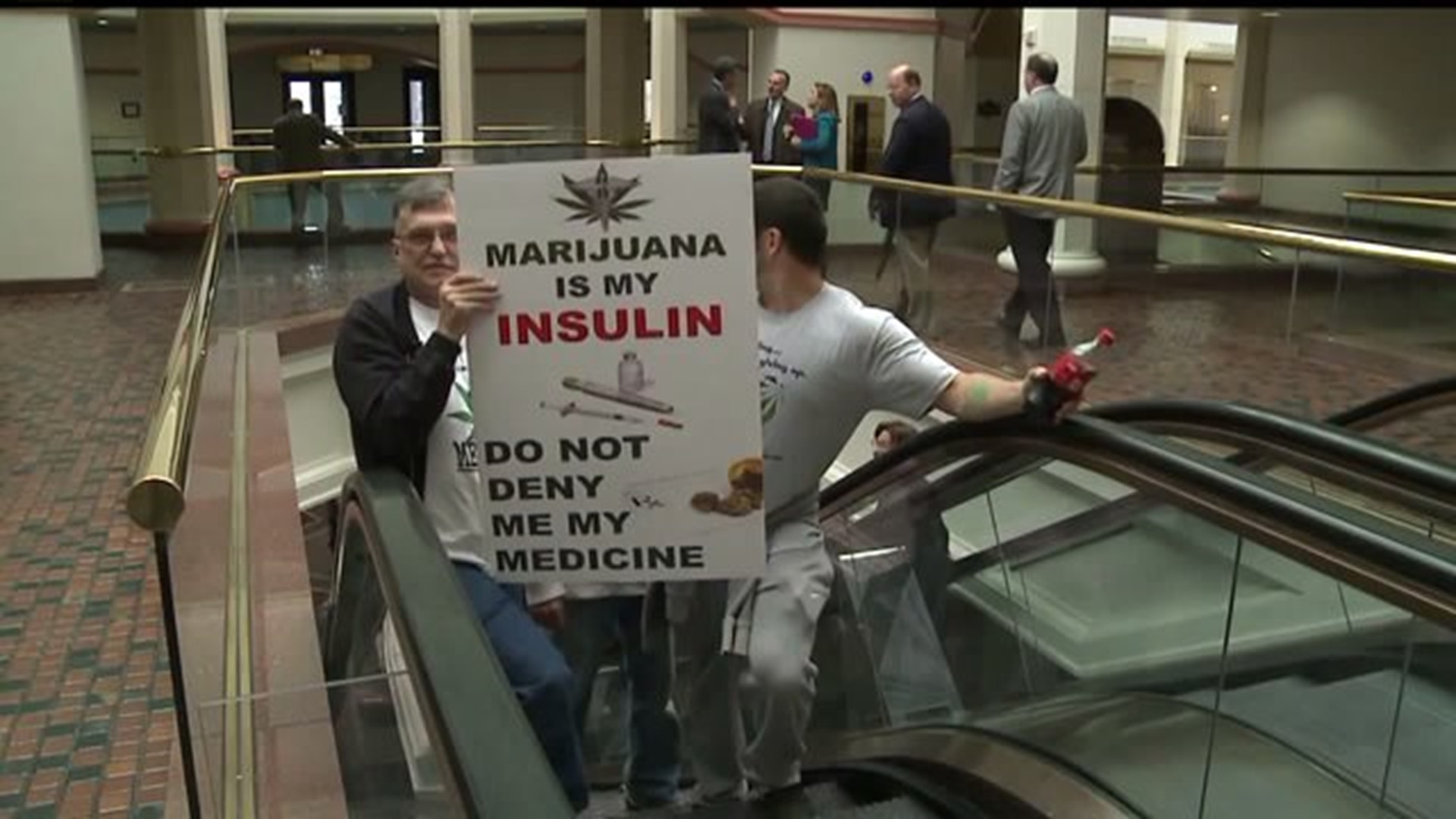 HARRISBURG, Pa. -- Dozens of medical marijuana supporters are waiting at the state Capitol this week, hoping the House of Representatives approve long-standing legislation which would legalize cannabis in Pennsylvania for medical use.

Monday's rally occurred before the state House was expected to debate and vote on nearly 200 amendments attached to Senate Bill 3. The bill was originally brought up in 2014. It was passed overwhelmingly by the Senate in May 2015, then sat idly in the House Rules committee before enough bipartisan support moved it onto the House floor this week.

"With no process, there's no struggle. With no struggle, there's no process!" State Rep. Ed Gainey (D-Allegheny), a vocal supporter of legalizing medical marijuana, exclaimed at the rally. "With your efforts, we're here today."

Many of the medical marijuana supporters at the Capitol carried personal stories along with large, cardboard signs.

Chuck Homan, 65, of Greenville, York County, spoke at the rally of how he was arrested for smoking marijuana in his car to help his bipolar disorder and bouts with depression. He was acquitted of all charges, despite the fact smoking marijuana is still illegal.

"I am not a criminal and greatly greatly resent being treated like a criminal," he said.

Homan marched from the Capitol's East Wing to House Speaker Mike Turzai's (R-Allegheny) office to deliver a petition signed by 20,000 people asking for his resignation. Turzai has been one of Senate Bill 3's most vocal opponents.

"I'm in a fight for my life with a mental disease, and (marijuana) works," Homan said. "It's the will of certain individuals in the legislature here that choose to use their position to impose their will and impede the democratic process."

Speaker Turzai did not respond to attempts for comment.

The amended Senate Bill 3 would allow doctors to prescribe marijuana for more than a dozen conditions, including cancer, epilepsy which causes severe seizures, HIV and AIDS, Parkinson's disease, and post-traumatic stress disorder.

Cannabis would be able to be dispensed through pills and oils, neither of which would impact Homan's fight with bipolar disorder as he battles his depression through smoking marijuana.

A final vote could happen no sooner than Tuesday. Once approved, Senate Bill 3 would return to the state Senate which would vote on the approved amendments.

Governor Wolf is in favor of passing a bill legalizing medical marijuana.