HARRISBURG, Pa. — A tense exchange between Pennsylvania legislators drawing national attention. This after things went sour after an unwanted touch on the... 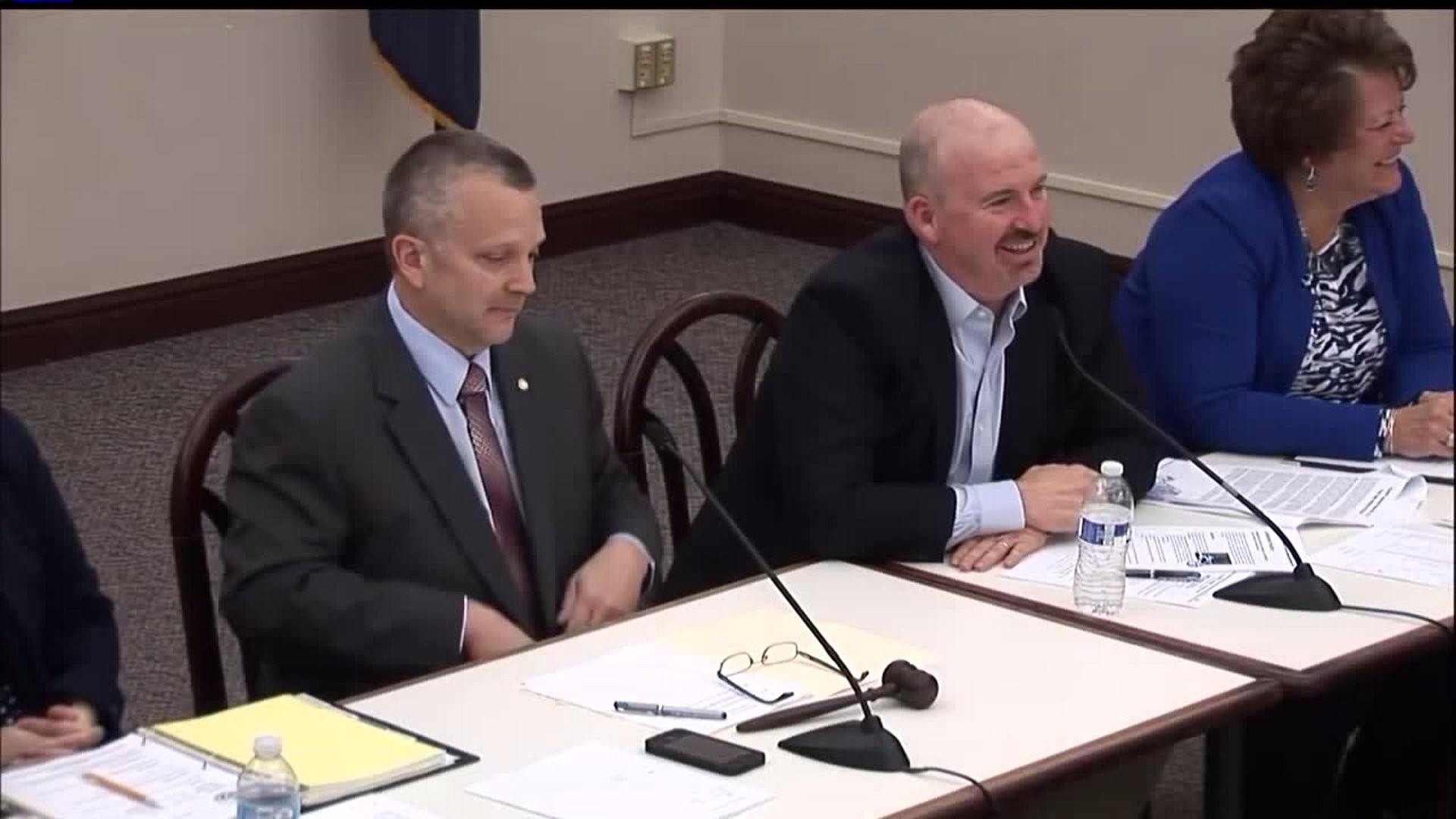 HARRISBURG, Pa. -- A tense exchange between Pennsylvania legislators drawing national attention. This after things went sour after an unwanted touch on the arm during an afternoon State House Government Committee meeting.

"I hear ya. I understand. There’s some hard feelings with PennDOT…." started Democratic Representative Matt Bradford during the meeting. He's the minority chairman who was bringing up an issue with a bill concerning land easement.

"Representative Bradford, just look. I’m a heterosexual. I have a wife. I love my wife. I don’t like men, as you might, but stop touching me," said Representative Daryl Metcalfe. He's the Republican Majority Chairman of the committee. "It’s like keep your hands to yourself. If you want to touch somebody, you might have people on your side of the aisle that might like it… I don’t."

“I just thought I had a mic available… I can use it to shed light on his bad behavior," Representative Metcalfe told FOX43.

Metcalfe says it’s not the first time Bradford’s touched him or the first time he’s asked him to stop, saying he's done so previously during a meeting.

“Touching my arm, touching my shoulder. Touching me….. you know, it takes away from the professional atmosphere," he said.

Meanwhile, Bradford cannot recall being asked to stop, saying the outburst was inappropriate and uncalled for.

"These meetings are so intense, and he says so many things, and the meetings are difficult. I don’t recollect that. My thought is it’s almost funny to be talking about that, when you’re literally like, ‘hey, can we move on and talk about the issues,'" said Representative Bradford.

Bradford says he'll never touch Metcalfe again and had he known Metcalfe was uncomfortable, he would never have touched him in the first place.

"It’s always done in a ‘hey, lets try to get this resolved,'" explained Democratic Representative Mary Jo Daley, who sits on the committee. She was present during the incident.

"One of my immediate thoughts was, ‘Oh my God. He’s making this a a sexual harassment statement of what you should say to someone if you’re being harassed," added Representative Daley.

“I didn’t rehearse it, but I planned it. What I said was with purpose - to draw attention to his bad behavior," responded Representative Metcalfe.

Representative Brian Sims who is openly gay was also in the room. He said he laughed it off and that Mettcalfe is “one hell of an offensive buffoon."

"There’s nothing humorous about touching someone who says stop touching me," stated Representative Metcalfe.

The Pennsylvania Democratic Party has called for Representative Metcalfe’s resignation, but lawmakers here say the issue would have to be brought to the Ethics Committee or the Speaker of the House. Governor Wolf has also condemned the comments, requesting leadership to reexamine if Metcalfe should be in that committee.