HAMPDEN TOWNSHIP, Pa.–The owner of a Cumberland County car dealership is looking for answers after a mysterious chunk of ice fell from the sky Friday and ... 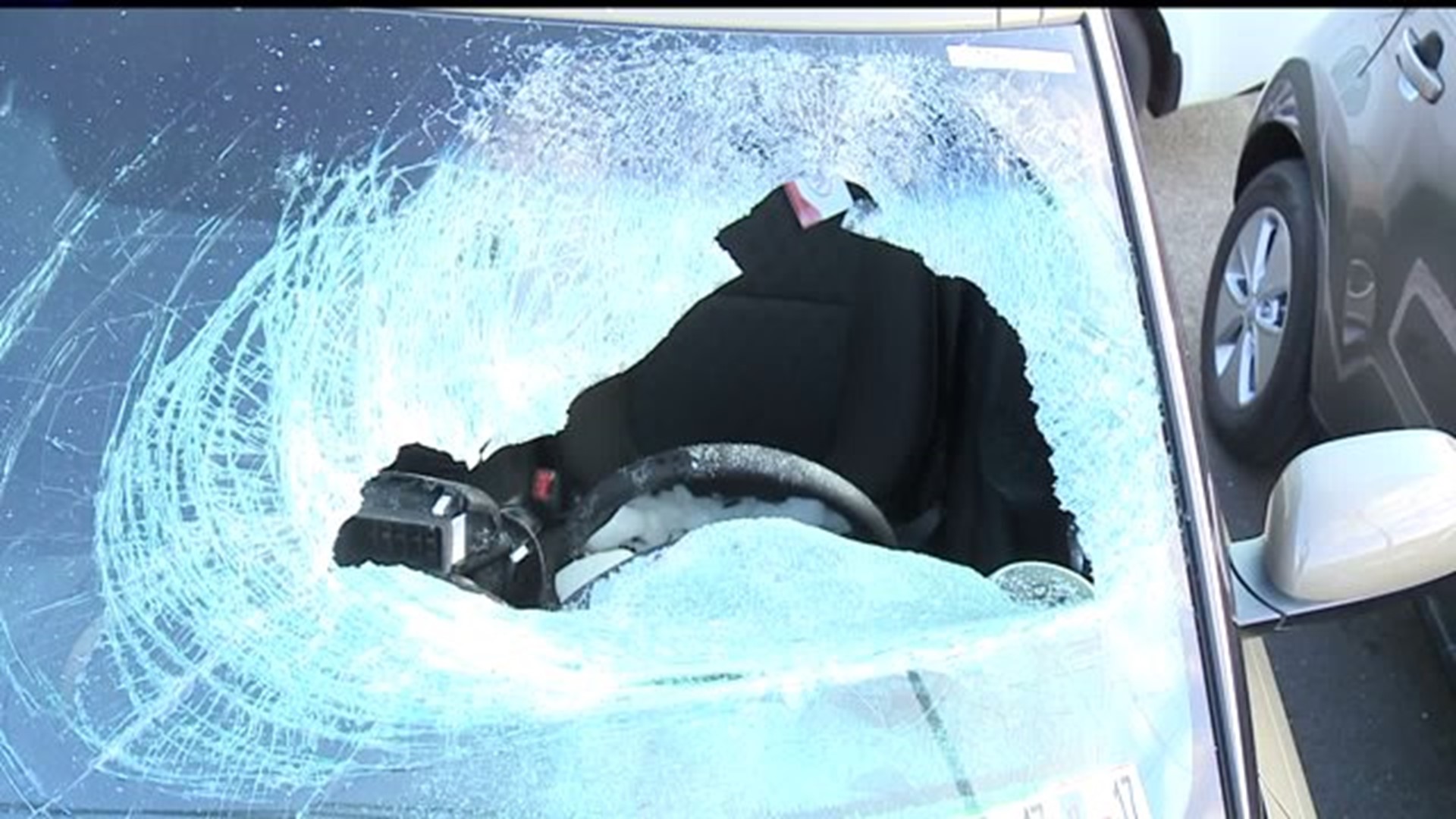 HAMPDEN TOWNSHIP, Pa.--The owner of a Cumberland County car dealership is looking for answers after a mysterious chunk of ice fell from the sky Friday and smashed into the windshield of a vehicle on the lot.

"I've seen hail before, but nothing on that level. that was like football sized, it was ridiculous," said Matt McCormick, sales consultant at McCafferty Kia.

McCormick was showing two customers some car options at the car dealership in Cumberland County.

He says, out of nowhere, he saw something falling from the sky.

"I heard a very loud whistling noise, we turned around to see a large white chunk crash into one of the cars."

That large white chunk was a sheet of ice and it came crashing down on this brand new Kia Soul.

Luckily, McCormick and his customers were a few cars down.

No one was hurt, but the car is in pretty bad shape.

"We don't think it's an act of god, we do believe it came from an airplane," said Tonya Wilson, sales manager at McCafferty autogroup.

That is pretty likely, considering the Harrisburg International Airport is just a few miles away.

The car became quite the spectacle for people driving by.

Hampden Township police officers were even surprised when they saw the damage.

"He said 'i think it came from an airplane.' he said he thought it looked like a body went through the windshield because it's such a large hole," said Wilson.

Some employees believe the damage is probably right around that price too.

The dealership hopes to fix the Kia Soul.

Wilson said, "whoever ends up purchasing this vehicle in the future will have quite a story to tell."

Even though the dealership has an auto body shop on site, employees still have to file an insurance claim before the car can get fixed.