HARRISBURG, Pa. — The devastating images coming from Texas in the aftermath of Hurricane Harvey have inspired many people to offer help. Some may want to ... 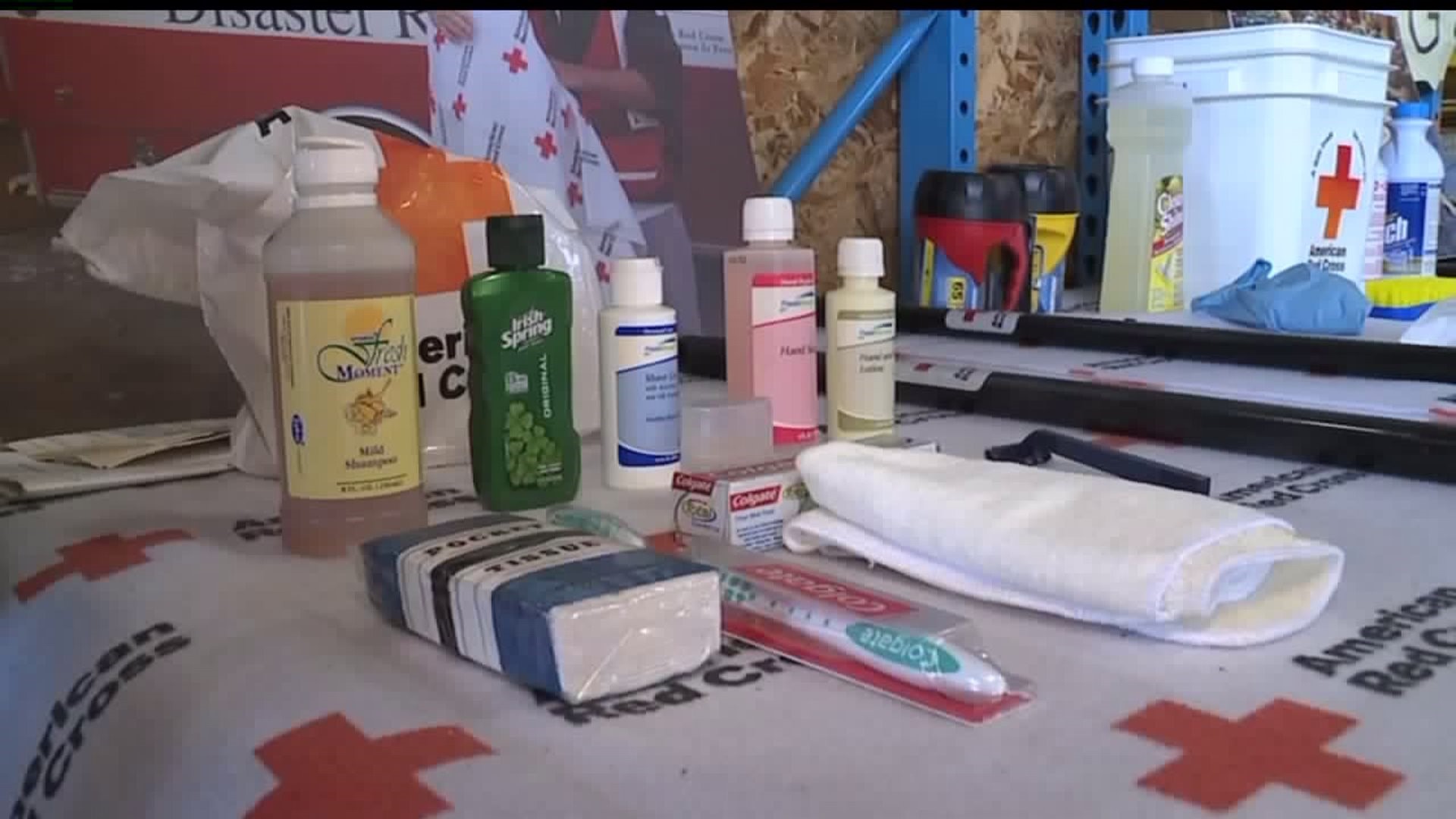 HARRISBURG, Pa. -- The devastating images coming from Texas in the aftermath of Hurricane Harvey have inspired many people to offer help.

Some may want to donate items, while others may give money or volunteer their time.

Many are looking to give in any way they can to help. For some, it may be to head towards the cupboards or closets to donate food or clothing, but their is a reason why donating cash may be the best thing to give right now.

Pictures of the flooding in Texas make it difficult for some to sit by and watch without wanting to do something to help. For Red Cross volunteer Kathy Doran, its personal.

Kathy Doran said "my brother and his wife are in Houston, they are in their home, they have not had power since Sunday, and I get a short text once a day stating that they're 'OK.'"

Kathys mission will be to relay information from Texas to Red Cross headquarters on the east coast to help determine needs, while two dozen Red Cross volunteers from central Pennsylvania are headed to Texas to pitch in.

Red Cross spokesperson Kim Maiolo said "there's been an outpouring of support and generosity from people in the central Pennsylvania region who want to help:"

One of only five national distribution centers for the Red Cross is located in central Pennsylvania, in Carlisle, Cumberland County.

The 120,000 square-foot warehouse stores essential items for disaster victims. A dozen trucks have loaded up, and are on the way to flood ravaged Texas.

One FEMA truck driver said "it's going to be 2-1/2 days of driving to get there, and try to get there as quick as we can to help the people that are in need. It kind of makes you feel good in a way, because you're doing a good thing for your nation, and helping your neighbor states."

"People have nothing right? They're lucky if they have a shirt on their back, so anything that we can do to provide assistance will just be so meaningful," Doran said.

As some give with their time, while others give with money, one thing Maiolo said the Red Cross doesn't need right now are material items.

"The problem is where are we going to put all these things, because we're trying to make space for people. There are so many people that are displaced, that we need all the space that we can possibly get," Maiolo said.

It's why monetary donations are preferred.

Those wanting to ensure their donations go towards flood-relief efforts in Texas can direct the Red Cross to do so.

People inspired to donate their time instead, may sign up directly with the Red Cross.

"We've had a huge outpouring of people that want to help, and we just ask for patience because it takes time to go through all these folks and there get them prepared," Maiolo said.

Anyone who doesn't have time or money to give, but would like to help out by donating items can still provide assistance.

The York Revolution will donate proceeds from all ticket sales from its September 6th game to flood relief victims in Houston.

The Red Cross and Bailey Coach will use the game as a collection point for anyone who prefers to donate essential items.