HARRISBURG, Pa. – There is just one month left for state lawmakers to pass a bill that could help prevent the Three Mile Island Nuclear Power Plant from c... 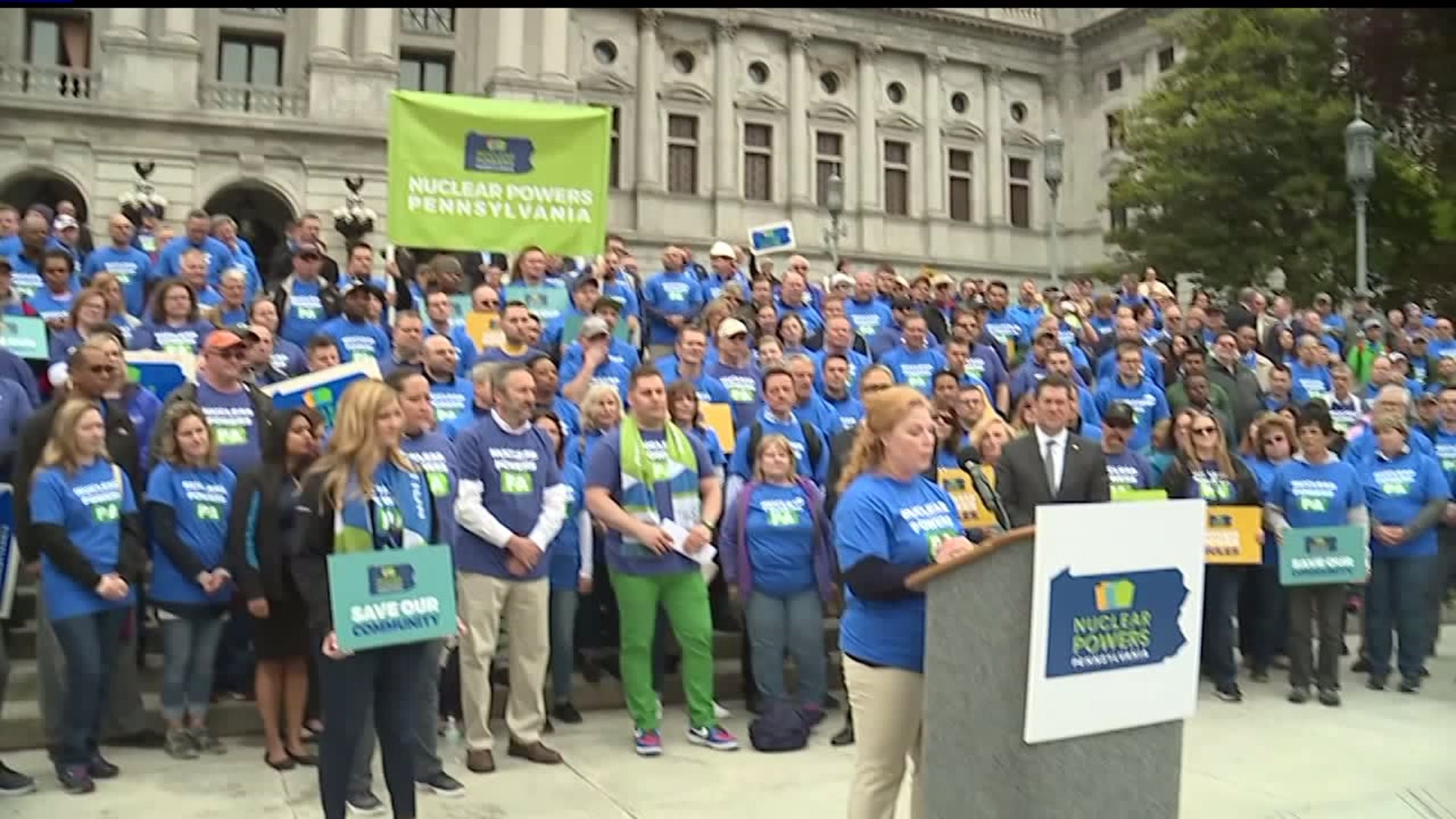 HARRISBURG, Pa. - There is just one month left for state lawmakers to pass a bill that could help prevent the Three Mile Island Nuclear Power Plant from closing in September. Industry employees and advocates rallied at the state capitol urging lawmakers to save nuclear energy in Pennsylvania.

"House bill 11 and senate bill 510 are asking to be recognized for our hard work, our dependability and our clean carbon free power that we produce," said Amy Bowan, nuclear power employee.

House Bill 11, sponsored by Rep. Tom Mehaffie, and Senate Bill 510, sponsored by Sen. Ryan Aument would add nuclear energy to the Alternative Energy Portfolio Standards Act, which some say would level the state's electricity market. The bills would allow Three Mile Island to avoid the shutdown scheduled in September, but the clock is ticking.

Lawmakers have until June 1st, to get this legislation passed. If it's not done by then T.M.I will begin the months-long process of shutting down. 675 employees would lose their jobs by the end of September.

However, to keep T.M.I open it would cost taxpayers more than $500 million a year. Citizens against nuclear bailouts issued this statement following the rally:

While we can empathize with the individuals who gathered to support clean energy and jobs, the truth of the matter is that the nuclear industry is not going away in Pennsylvania, and threats of plant closures or increased energy emissions are nothing but scare tactics in an effort to manipulate lawmakers into passing unnecessary legislation to pad the profits of already wealthy nuclear corporations.

The fact is that profitable nuclear corporations are holding legislators, ratepayers and workers hostage so that their shareholders can profit. In a recent analysis conducted by a former PJM Interconnection chief economist, the three nuclear corporations operating in Pennsylvania are projected to earn profits of $3.4 billion over the next 10 years. So what is the problem they are asking ratepayers to fix?

House Bill 11 and Senate Bill 510 are not about saving jobs, providing clean energy or any of the other reasons citizens gathered on the steps of the Capitol today. These corporate cash-grabs are only about padding shareholders’ profits.