Hundreds gather outside Capitol to show support for medical marijuana 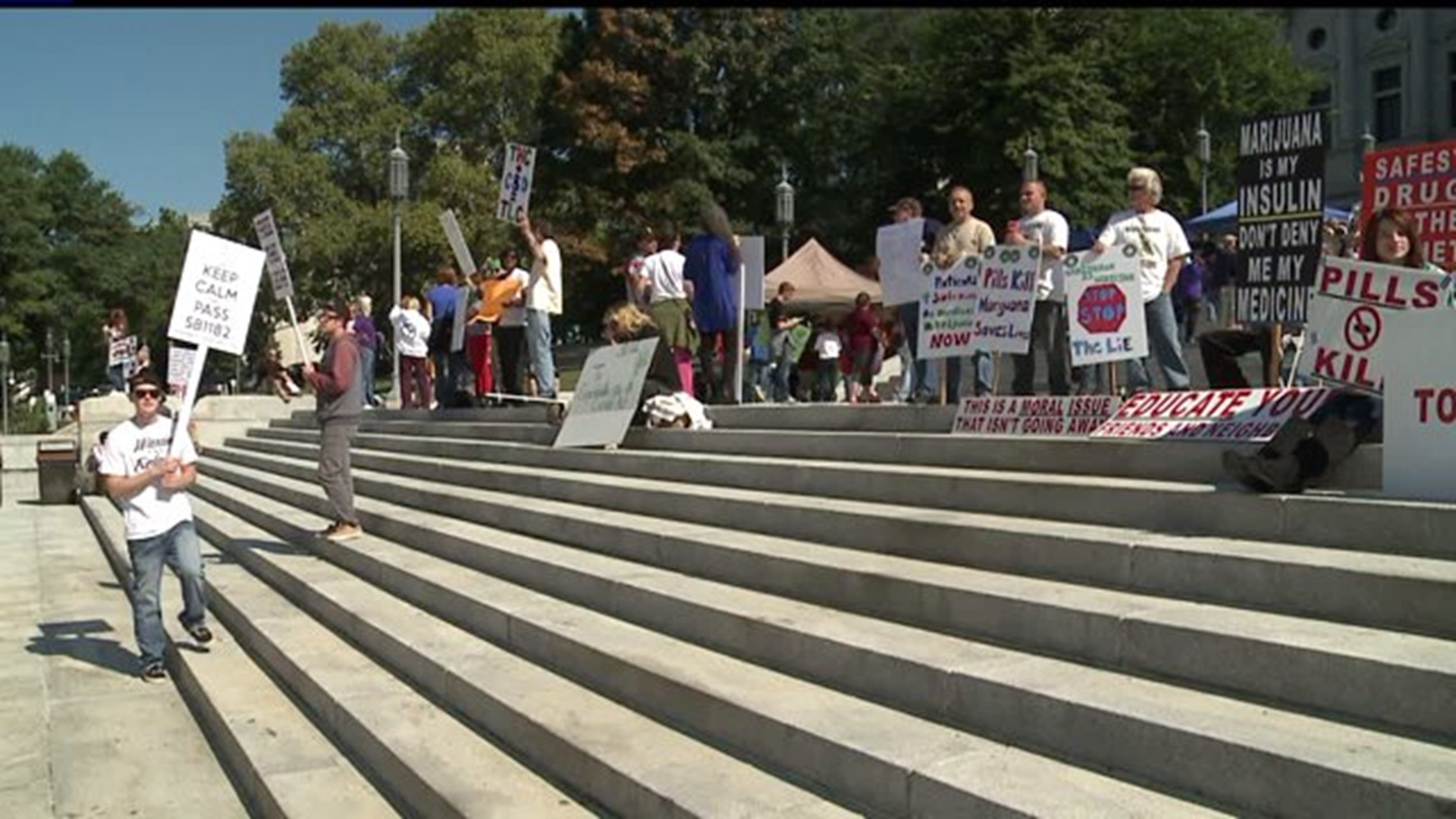 Latrisha Bentch's daughter suffers from epilepsy. She says, "As soon as this law goes into effect, and we have medicine rolling in to the mouths of these sick children, lives will be saved- differences will be made and I can't think of anything else that should be made a priority this fall."

Democratic State Senator Daylin Leach is a prime sponsor of the bill. He says he expects the Senate to pass the bill within the next couple of weeks. He says Governor Corbett's signature is the only impediment.

Leach says, "We're hoping his conscience gets the better of him and in the next weeks that he signs this bill because every day that goes by a kid or veteran isn't getting medicine they need, it's an injustice and a bad day, it's time to get people medicine."

Leach says the bill will help people who suffer from seizures, post traumatic stress and cancer.