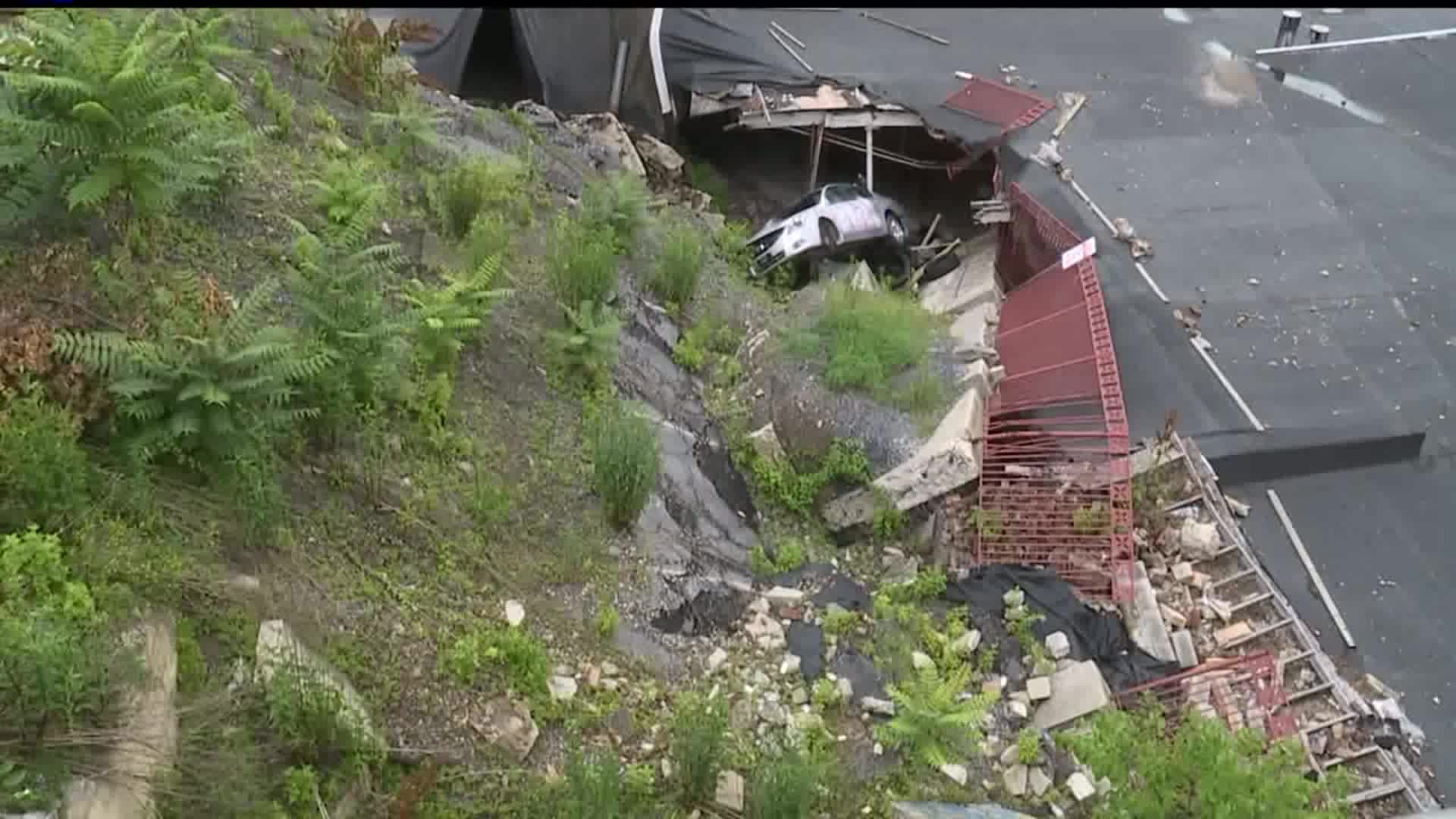 Attorneys talked about ways to safely cleanup the tire shop.

A wall at an apartment building behind the tire shop collapsed over three years ago.

When it did, it sent debris onto the business which ultimately resulted in its closure over the past three years.

For Howard Henry, it's been a 3 year legal battle that feels more like a nightmare; except now, he has hope it will soon end.

It's been 1,138 days since a wall collapsed on Howard Tire and Auto.

That's 3 years, one month, and 12 days, but it still looks the same as day one: a mix of dirt, rubble, and debris that hasn't been touched

"It's destroyed my life to be honest with ya, but I'm good," said Howard.

One thing has changed; for the first time since concrete came crashing on his business, Howard Henry feels things are finally moving along.

"I'm excited. We're going forward. Anything rather than going backwards works for me. Forward is good momentum," said Henry.

McFarland LP owns the apartment building behind the auto shop; a retaining wall on its property is the source of this big mess.

Attorneys for McFarland, Henry, the parties' insurance companies, PennDOTA, and officials with the City of Harrisburg attended a formal hearing.

A judge ordered parties to find engineers who could determine if it is safe to cleanup the debris on Henry's property with the apartment building still standing or if it would be safer to tear down the building and then make repairs.

"If that building falls, and it could very well fall, it would be a catastrophic event," said Henry.

Henry feels the judge is sending the right message

"We're not paying attention to who done it," explained Henry. "That really isn't important right now. That will be decided -- not sure if it will ever be decided -- I think we can have this case mediated. It just has mediation written all over it."

All parties must find those engineers and give their names to the judge by next Monday.

The judge made one thing very clear: he wants more than one engineer deciding if the apartment building will be torn down or stay.

He also demanded two answers: how to safely fix Howard Auto & Tire and at what cost.