CUMBERLAND COUNTY, Pa. – With the Pennsylvania primaries a week away, campaigns up and down the ticket are making their final push to victory. But what is... 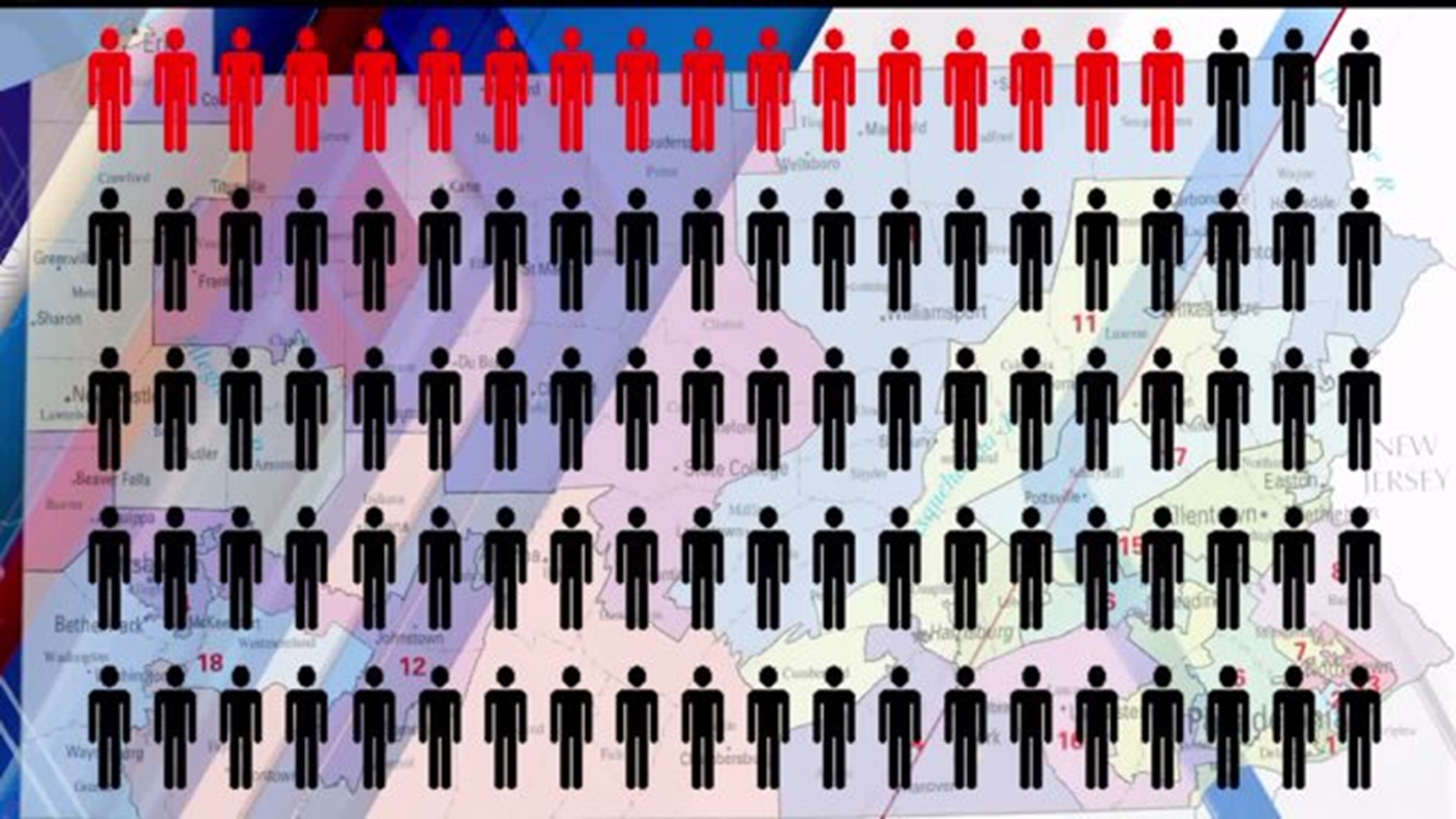 CUMBERLAND COUNTY, Pa. - With the Pennsylvania primaries a week away, campaigns up and down the ticket are making their final push to victory.

But what is traditionally an obscure and misunderstood race at the bottom of the ballot is gaining nationwide attention, due to the impact it could have on the very top of the ticket.

Republicans voting for Donald Trump, Sen. Ted Cruz or Gov. John Kasich on Tuesday will also vote for delegates to the Republican National Convention. Those delegates are unbound, meaning they are under no obligation to vote for a specific candidate.

Pennsylvania gets 71 delegates to the convention in Cleveland. 17 of them are bound to the candidate who wins the primary, only on the first ballot. The other 54 are elected on Tuesday, three for each congressional district in the state.

That means those delegates are all potentially in play for the presidential campaigns, regardless of how the voters vote. And in a scenario where Trump does not reach the 1,237 delegates to secure the Republican nomination, that could make a world of difference.

"I do think you'll see more of an active effort on behalf of the campaigns to reach out to delegates," Sarah Niebler, a political science professor at Dickinson College, said. "You're also seeing delegates campaign in a way that I think we haven't seen in Pennsylvania before."

Indeed, there are 162 candidates for those 54 delegate spots, and delegate candidates are doing things one would expect in a campaign for a much higher office. Some candidates are distributing yard signs. Others have held fundraisers. Mailers are going out to voters. Some candidates are going to Facebook to get voters' opinions on which presidential candidate to support. Digital advertising is a possibility. Advocacy groups have even held delegate forums, so that voters can find out how the delegates would vote on the convention floor.

"They get to pick if they want a delegate who is pledged to a presidential candidate or if they want delegates who will vote based on who wins their Congressional district and will carry the will of that district to the convention," Andrew Ritter, Jr., a candidate for delegate in the 4th district, said.

Ritter is one of 15 people on the ballot on Tuesday, and with so many names on there, he says it could be hard for some to differentiate one candidate from another, but that has not stopped the presidential campaigns from reaching out for his support.

"I have heard from both of the major Presidential campaigns at this point, Senator Cruz and Donald Trump," he said. "I've told them the same thing I'm telling the voters: that I'm going to vote with the voters when I go to Cleveland."

There are few limits on what the presidential campaigns could offer delegates for their support. Since delegate races are such hyper-local affairs, there is little polling to suggest which strategy is a winning one.

"If you want to vote for a delegate that has said he or she will support Trump or Cruz or Kasich, you can try and go out and find that information, so in that way it might be beneficial, but it also might be beneficial for them to remain unpledged," Niebler said. "It gives them a little bit more leverage."

The York County GOP has a delegate voter guide that distinguishes the stance of the individual delegate candidates in the 4th district. Another survey for other districts can be found here.