MARTIC TOWNSHIP, LANCASTER COUNTY, Pa. — Tonight, the 14-year-old boy who was trapped inside a cave in part of Lancaster County is recovering in the hospi... 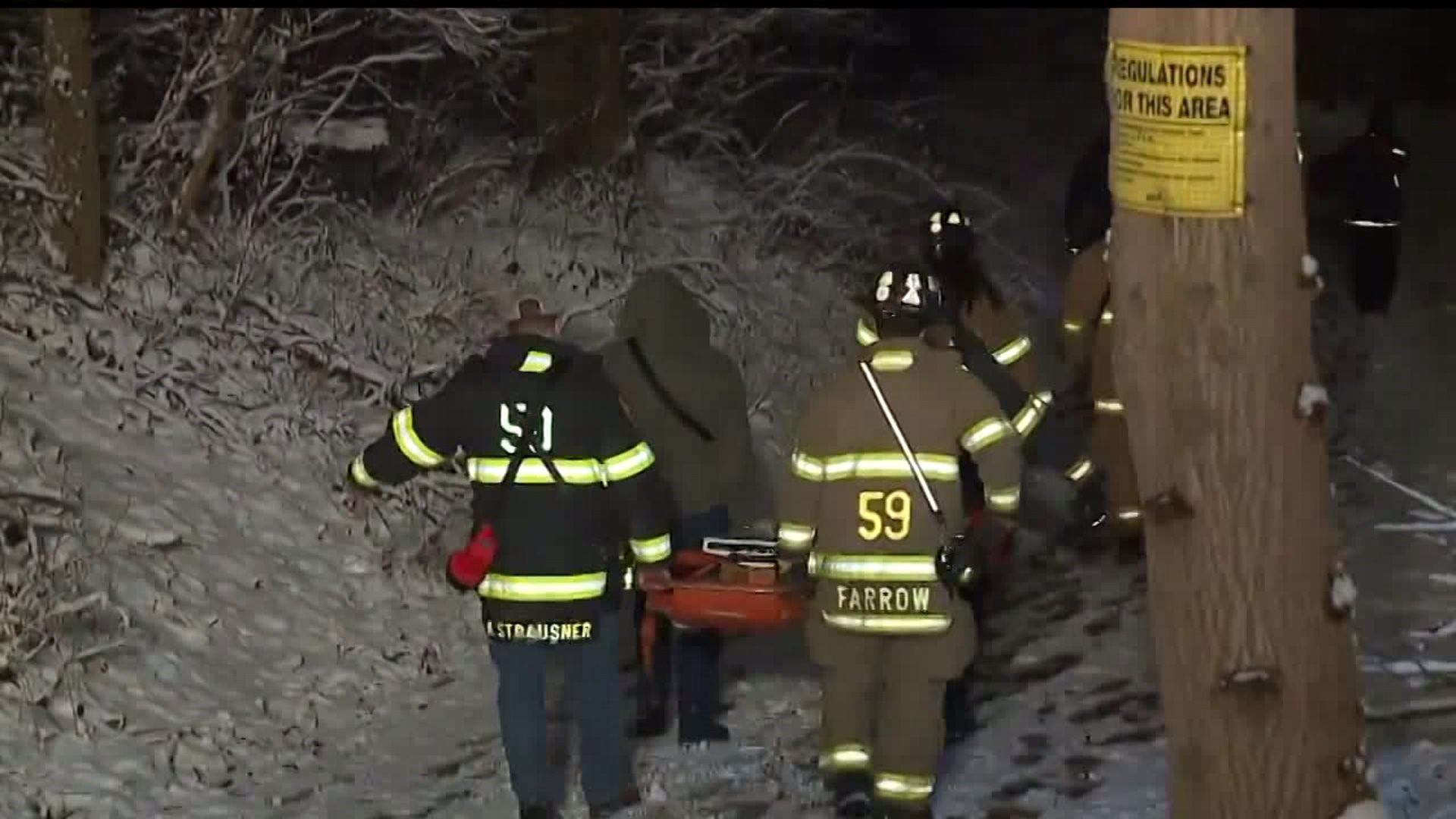 MARTIC TOWNSHIP, LANCASTER COUNTY, Pa. -- Tonight, the 14-year-old boy who was trapped inside a cave in part of Lancaster County is recovering in the hospital.

Fire officials say he was stuck inside the Pequea Wind Cave for hours Saturday evening before rescuers finally dislodged him from the rock around midnight.

Officials say they eventually freed him by chiseling away some of the rock where he was stuck.

Following, Tony Williams, the Rawlinsville Volunteer Fire Company PIO, says the boy walked himself out of the cave in good spirits, joking with first responders.

According to Williams, the rescue could not have gone smoother, but to make it a success, crews had to plan for the worst in some of the worst conditions for a rescue - the cold, the snow, a long hike, and the dark.

The rescue involved the efforts of nearly 60 first responders from three counties, including an advanced technical rescue team.

"Any cave is dangerous in the sense that you don’t know what nature is going to do," said Dr. William Kreiger, a professor of Earth Science at York College of Pennsylvania.

Officials say the 14-year-old boy is a Boy Scout with the Elizabethtown Troop. According to Williams, he was part of a group of 16 people, exploring the cave. Williams said there was an adult guiding the expedition.

Around 3 in the afternoon, the teen became stuck between a rock while shimmying sideways at a narrow spot in the cave.

He was lodged by his waist until around midnight, according to Williams.

"Our time was a little bit on our side because he wasn’t in critical, critical state," said Tony Williams.

The biggest concern for both crews and the boy while inside this cave? Hypothermia.

"With the snow and the rain, there was a lot of seepage coming through," said Williams.

Besides the cold, first responders worried about breathing in too much carbon dioxide inside one part of the cave.

Crews prepared for the worst possible scenario by having 5 different plans. They also had two teams stationed by the victim - one team at the teen's head and the other at his feet. Fortunately, their efforts were successful.

Fire officials hope others can learn from the rescue.

“The collaboration, between the teams, working together, to make this a success was phenomenal," explained Williams. “We’re not going to be in position to tell you not to go, or encourage you to go, but if you do go, we want you to be safe. We want you to have a plan, make sure you let somebody know where you’re going, when you expect to be back, when you’re going in. Make sure you have the appropriate gear."

The other takeaway? If you’re in a bad situation, do not hesitate to call 9-1-1. According to officials, the boy was stuck for more than an hour before his group called 9-1-1. During that time, members of the group attempted to rescue him themselves.

According to officials, the group was not doing anything wrong. Williams said they had some rope, lights, and wore sweatshirts. The boy simply got stuck in a tricky part of the cave.

He is expected to be released from the hospital tomorrow.