HARRISBURG, Pa. – A lot goes into 4th of July fireworks shows happening throughout Central Pennsylvania. In Harrisburg, it takes about 10 hours of set up ... 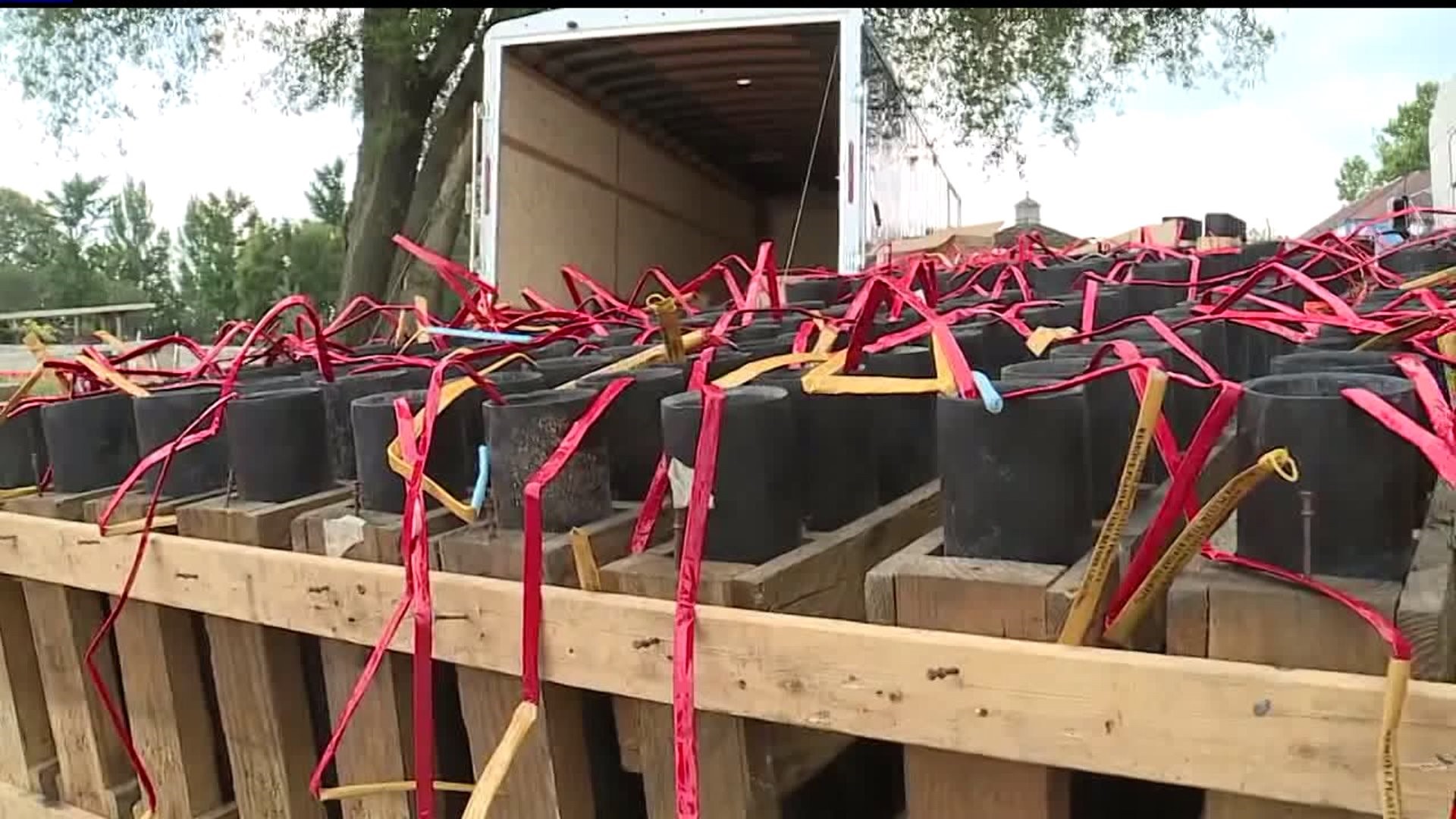 HARRISBURG, Pa. - A lot goes into 4th of July fireworks shows happening throughout Central Pennsylvania. In Harrisburg, it takes about 10 hours of set up for the 20 minute show.

Tripwire Operations Group is out of Gettysburg and spent their 4th of July on the beach of City Island.

"You use certain type of tubing, so that's a safety parameter that we have to follow," said Morris. "And we have to build everything on site here, and then fill the tubes with the proper shell counts."

About 1,200 shots will go off during the 20-minute fireworks show Thursday night. These aren't the type of fireworks you can get at a nearby fireworks tent or store.

"You have to have an ATF license and you have to be able to store it properly, and be able to train to use it," said Morris. "And they're not little shells you buy in the store, they're 3, 4, 5, 6 inch shells."

Morris and most of his employees are all former military or law enforcement personnel. Some of them have trained as bomb technicians.

"Historically we train military and first responders, and we train them on the use of high explosive materials as well," said Morris. "Something that goes hand and hand in that is pyrotechnics. So we kind of fell into that."

Thursday night's show will be much different than backyard fireworks. The fireworks by Tripwire Operations Group will be electronically fired by one person, as thousands sit along the Susquehanna River celebrating our nation's independence.