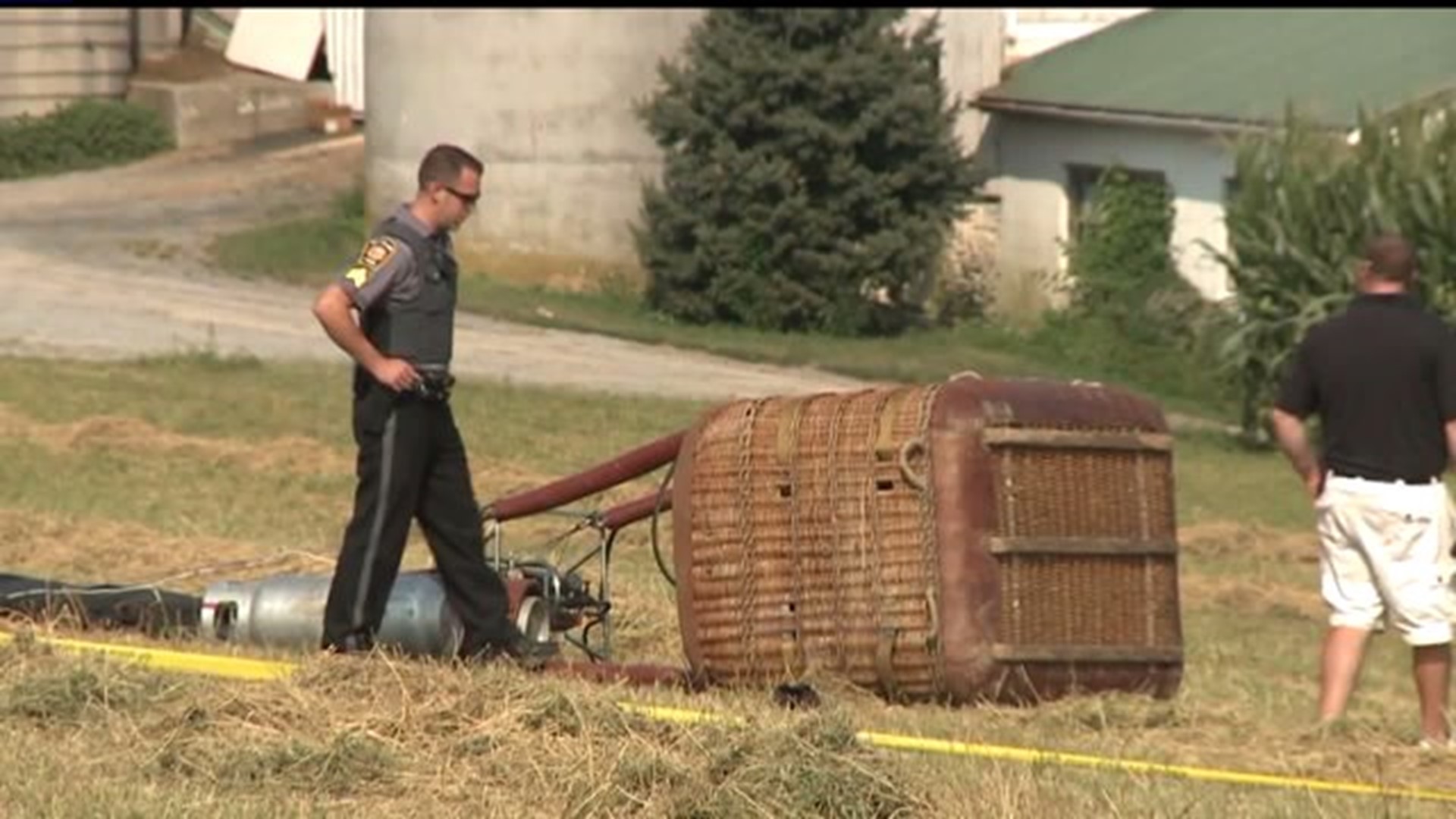 NEW HOLLAND, Pa. - Saturday, around 7:50pm, New Holland Police say Bob Fisher, from New Horizon Balloon, landed his balloon in a field. As he let air out, of the balloon, police say it hit power lines. Fisher and his passengers, Robert Spencer and Melyndia Davis, were shocked. Davis was given CPR at the scene. All of them were taken to Lancaster General Hospital and then, transferred to Chester Crozer Medical Center.

"The male from the ground crew is actually the one who started cpr on the female," said Srgnt. Mark Willwerth from the New Holland Police Department.

Fisher was released on Sunday. Davis is listed in critical, but stable condition. Spencer is listed as stable.

"I usually see about two in the morning just when the suns rising. It's beautiful. Then, in the evening I usually see at least one or two," said Donna Sweeney from New Holland.

They are allowed to land where ever they can. The FAA is expected to complete their investigation Monday.