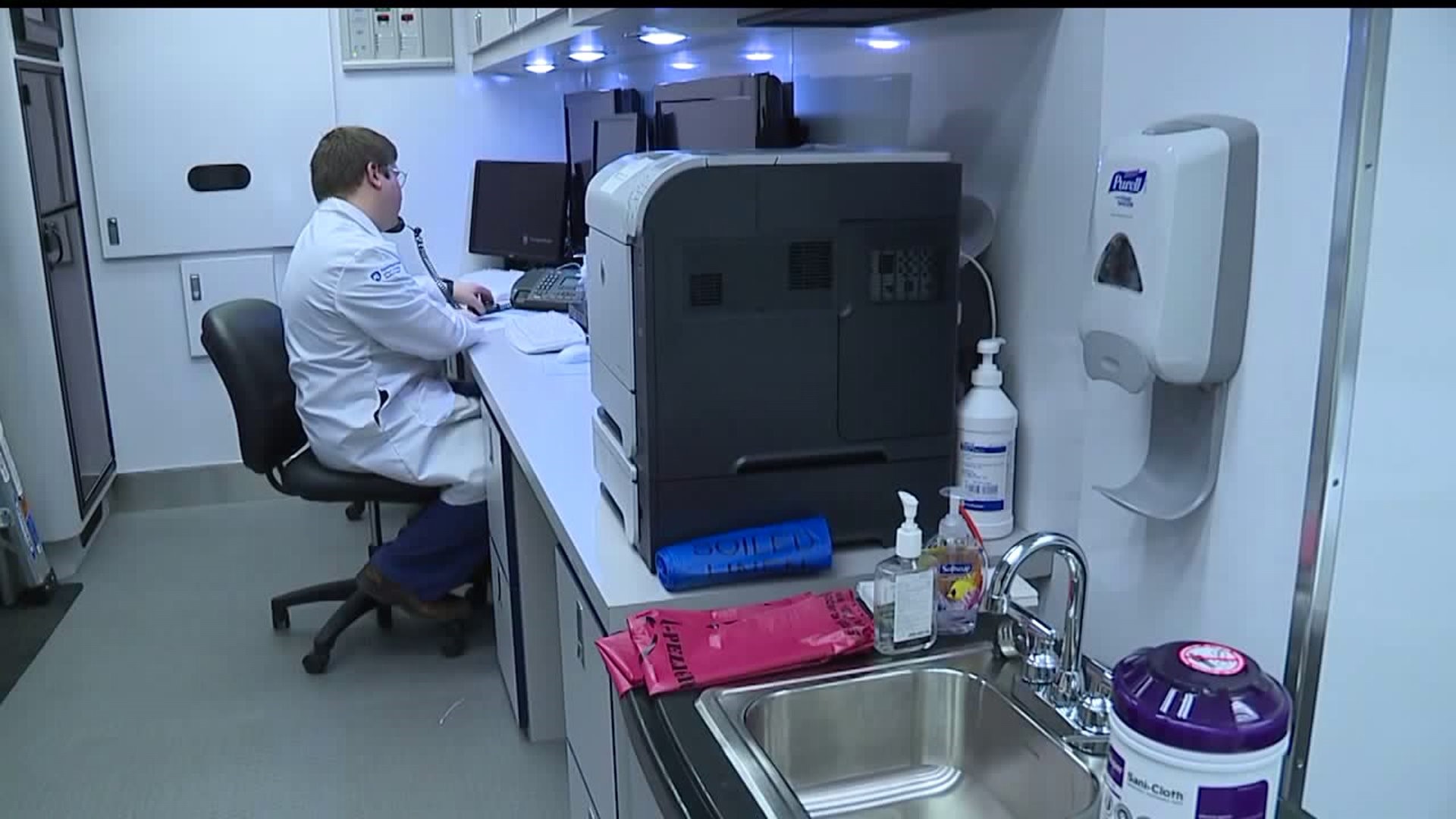 Just this past week, the Pennsylvania Department of Health recorded 10,500 cases of the flu, the worst week in years.

One hospital has taken measures to stop the spread of germs

Inside the LionReach trailer at Penn State Hershey Medical Center, 8 patients can be seen at a time, more if needed.

In years past, it has to flu patients during their hospital stay but not this year.

Inside the trailer? Hospital beds and physicians ready to see patients.

Campbell is a clinical director. She also oversees LionReach.

Those people with flu symptoms, though? They are treated inside the hospital.

In years past, LionReach was parked out front, near the emergency room.

There, nurses could treat people with the flu, without spreading it.

"But because of the construction, we can’t put it back there," said Campbell

That work forced the trailer to the back of the building.

Potential flu cases walking through the hospital? Physician say that would be no good.

"We don’t want them walking through the hospital and coming into contact with other patients or family members," said Dr. Dunham.

Dr. Eleanor Dunham is the medical director of the emergency department.

She says this flu season she has seen many patients with respiratory problems.

For them, sneezing and coughing is almost a given.

"If they do have flu-like symptoms we do want them to wear a mask when they check intro triage," she said.

People who may have to visit the emergency room are also encouraged to wear masks.

"If they are in the waiting room with other people who are coughing, they can ask for a mask at triage, they can put on their face to protect themselves," said Dr. Dunham.

According to the Pennsylvania Department of Health, Pennsylvania has seen just short of 48,000 confirmed cases of the flu.

"It has surpassed the 2009 epidemic, and it is still climbing, and we’re only halfway through the flu season," said Dr. Dunham.

All of the area hospitals FOX43 contacted say their flu numbers are higher than in years past. At Hershey Medical Center, doctors say they've seen a record number of children with the flu.