Homeless shelters expecting busy crowds for cold weekend: How can you help? 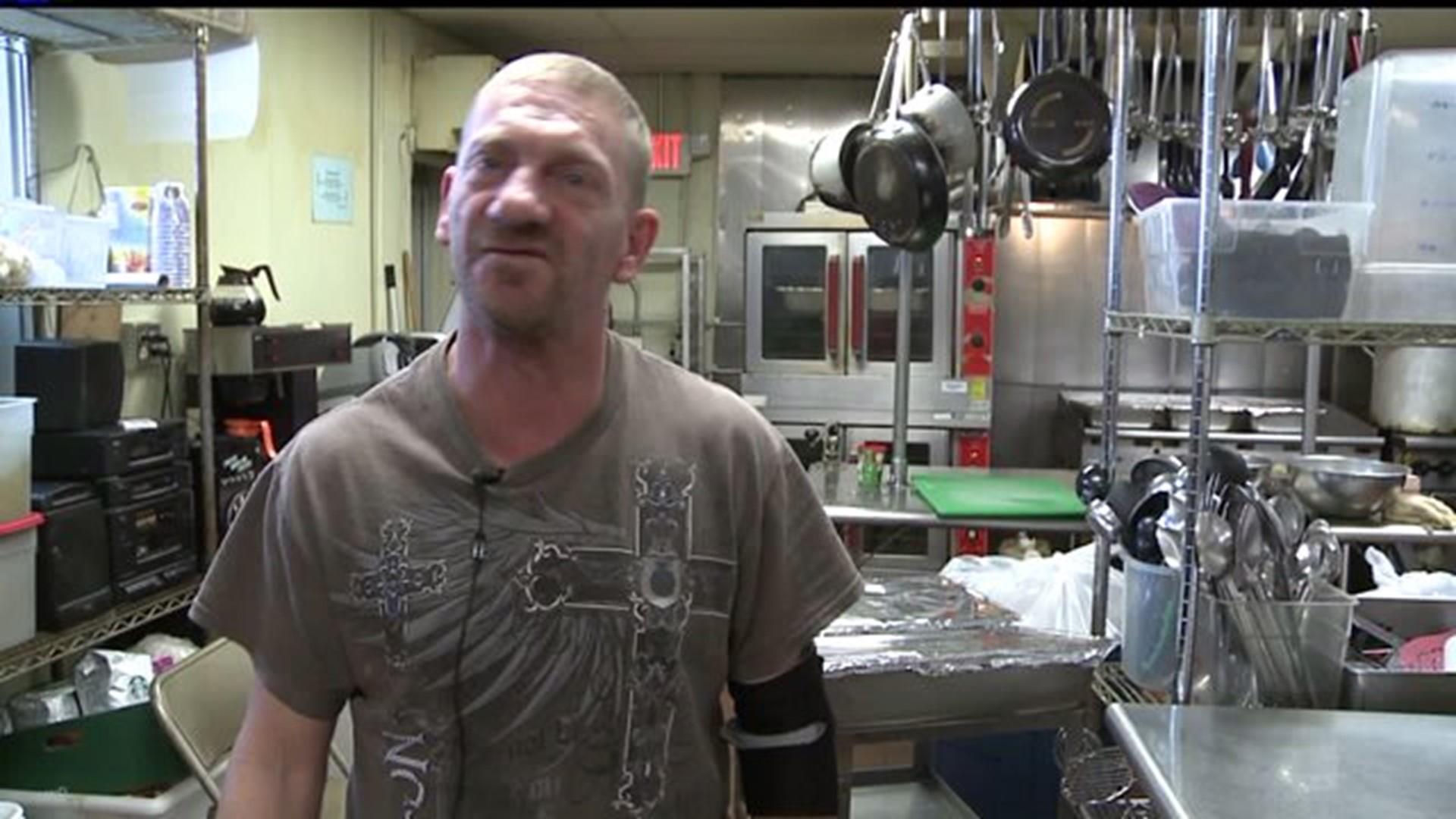 HARRISBURG, Pa. -- It's 11:30 a.m. Friday morning, and Ronald Whitcomb has been in the Bethesda Mission kitchen since 5 a.m.

"We're just getting everything prepared right now," he says as he tosses a container of chicken nuggets into a pre-heated oven. "With the hazardous weather, we'll probably have about 130, maybe 140."

Whitcomb is talking about people. He works in the kitchen at the Bethesda Mission men's homeless shelter on Reily Street in Midtown Harrisburg, but he's also been a resident here for the last eight months. This is his first winter inside the Bethesda Mission, and this weekend will likely be the coldest he'll experience in while with safety and comfort.

"It's good to give out," he says while wrapping up a pot filled with corn and green beans. "(Homeless) will be able to stay here because of how cold it is. They say it’s going to be 15 below. That’s a little cold to be out."

The Bethesda Mission is expecting its busiest crowd of the year, and potentially ever. The shelter could see between 160 and 170 men over the next few nights, according to Mission director Chuck Wingate. Its normal capacity is 78 beds.

"One hundred percent over capacity is just chaos," Wingate says. "But we want to manage that so that people feel not only accommodated but safe."

There is plenty of food for the growing crowds of Harrisburg's homeless to last into next week, and a stack of over 100 mattresses sits in an empty room. By Friday night, they will be strewn across the chapel floor. The Bethesda Mission will not turn anyone away, and will not force anyone to leave, Wingate says.

"Last winter, two men died in the Harrisburg area because of the cold," adds Wingate. "We want these folks to not be in these situations in the first place, but if they change their minds, we’re happy for them to come in."

Just a few blocks away, the Harrisburg YWCA is preparing for a similar storm. The 10-12 women and their children who CEO Mary Quinn estimates will seek shelter this weekend pale in size to that of the Bethesda Mission's men's shelter, but the circumstances are just as, if not more difficult.

"These are women coming right off the street, often times with mental health, and our staffing ratio is lower on  a weekend to begin with," Quinn says.

The Harrisburg YWCA, much like the Bethesda Mission, is a non-profit organization, meaning they rely solely on donations. While other programs at the "Y" receive state and federal funding, its women's shelter does not, meaning all food, bedding, and towels  either come from public and private donors, or out of pocket from employees.

"We don’t get paid for this, we have no money, and this is something that we believe in," Quinn says.  "It's a need in the community and nobody else was willing to do it."

It's easy, however, for the general public to help moving forward. After this weekend, homeless shelters across Central Pennsylvania will need to restock their supplies. Chuck Wingate estimates the Bethesda Mission will rack up a $10,000 utility bill in February. Mats and cots are always in high demand, as are canned goods and cash.

"This is the Harrisburg area, the Greater Harrisburg community at work," Wingate says. "Seeing to it people who are vulnerable are being taken care of in tough times."

To donate, visit the Bethesda Mission and Harrisburg YWCA websites.