Holocaust survivor spends most of life searching for liberator

Philadelphia — A Pennsylvania man spent a majority of his life searching for the person who saved his.  He’s a Holocaust survivor.  His parents and ... 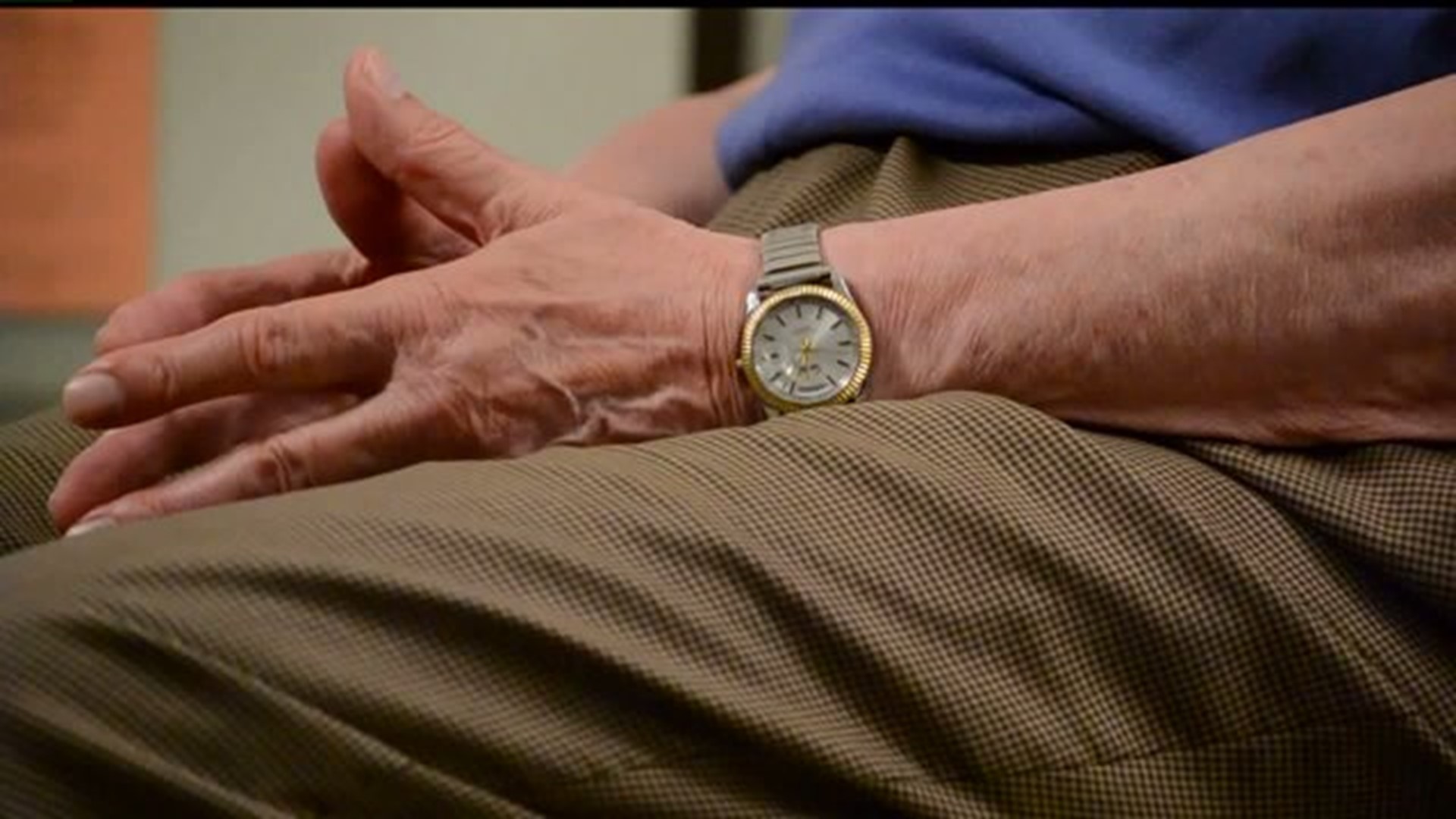 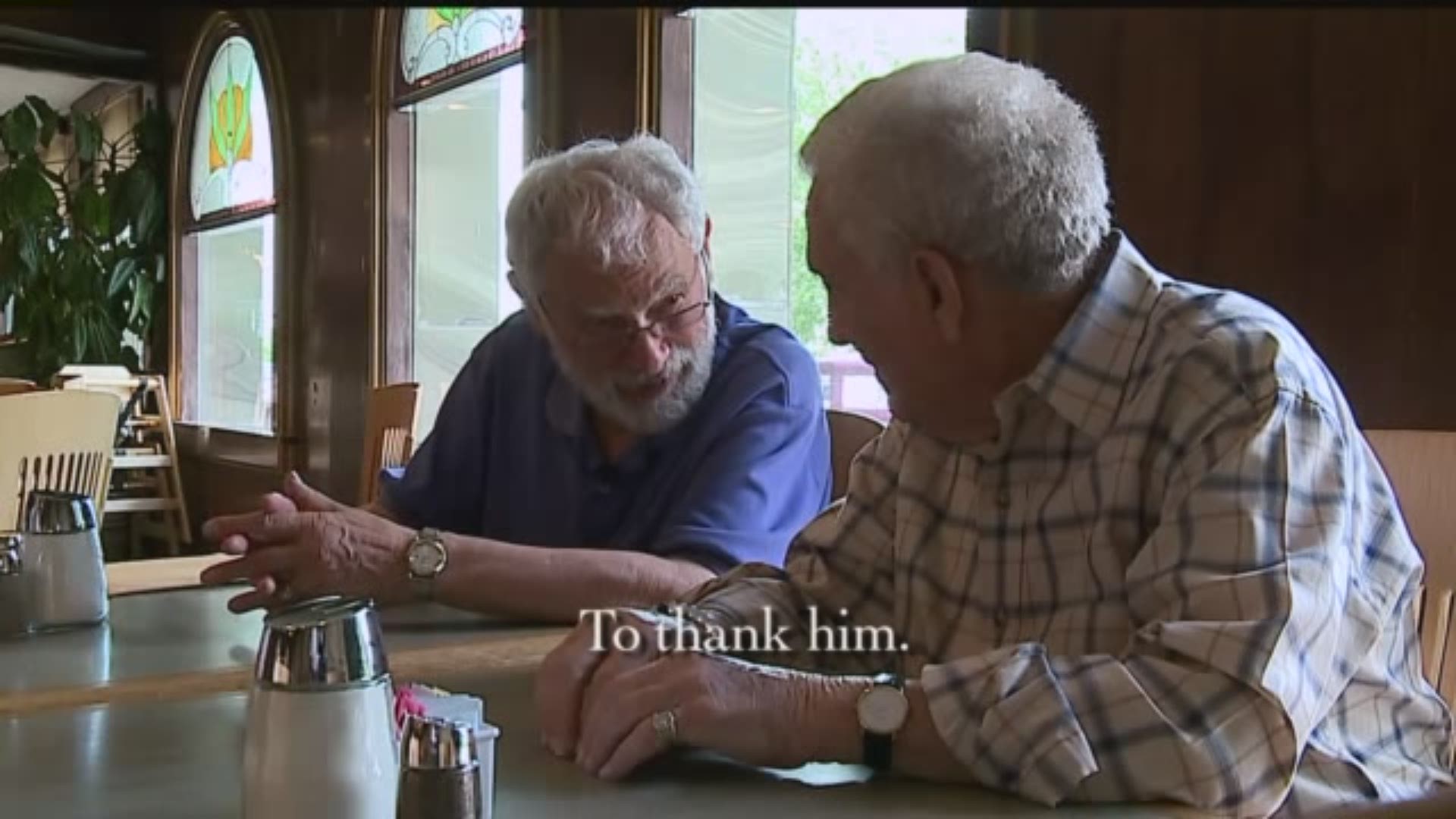 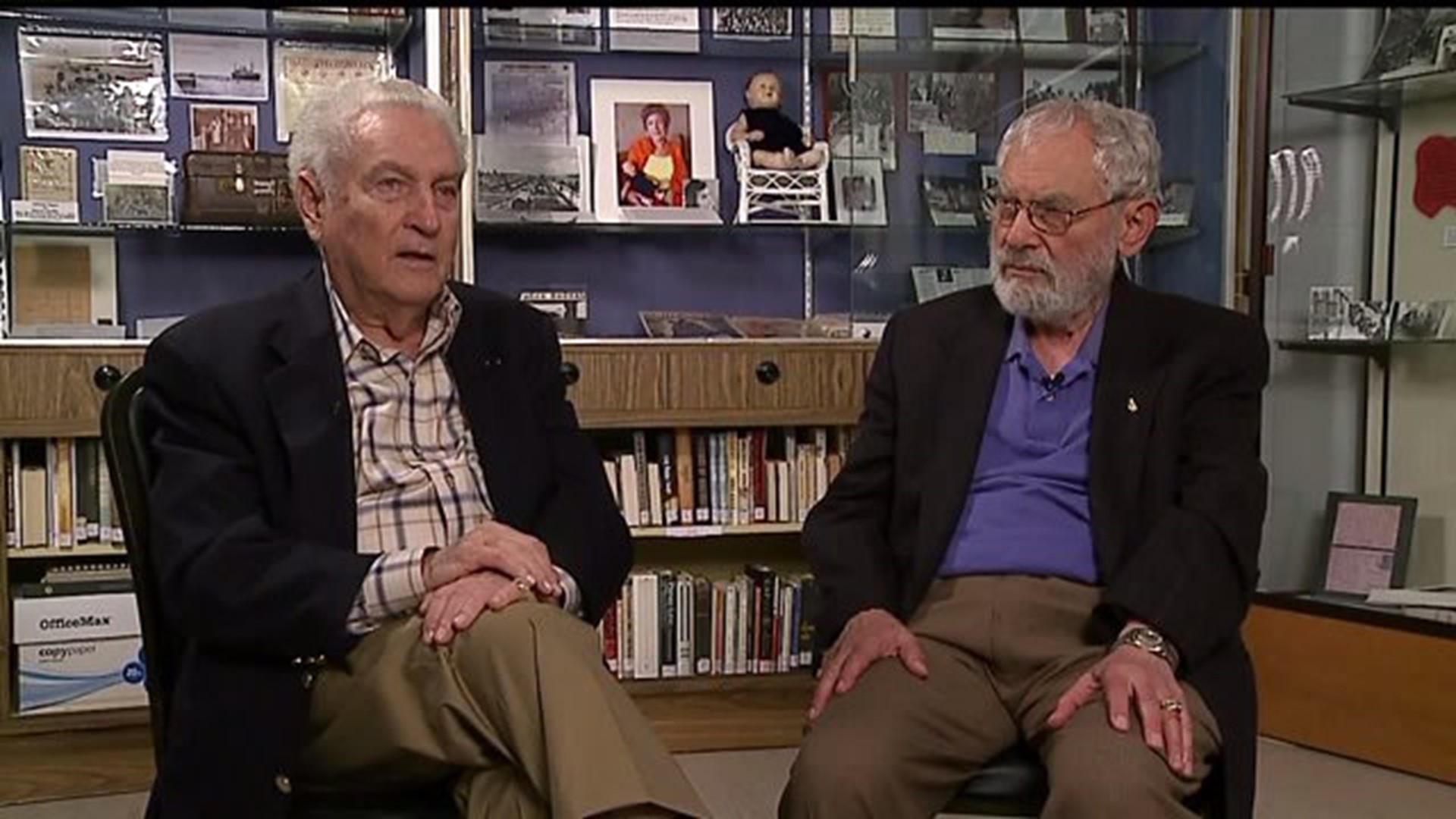 Philadelphia -- A Pennsylvania man spent a majority of his life searching for the person who saved his.  He's a Holocaust survivor.  His parents and siblings were killed under the Nazi regime.  Moments before he would have died, something miraculous happened.  FOX43's Rebecca Solomon and photojournalist Anthony Grove sit down with the survivor who explains how his miracle is a person he'll never forget.

Ernie Gross recalls his experience in the early 1940's.  "Before they locked the door, they gave us a big bucket and said if anybody has to go to the bathroom, has to go in the bucket," said Gross.

In 1944, Gross was a teen who felt fear for the first time.  He was locked in a cattle train on his way to Auschwitz concentration camp.

"Still not knowing what's going to happen to us," said Gross.

Upon arrival, Gross saw his entire family of nine for the last time.  Inside the camp, conditions grew worse.

Gross said, "You couldn't tell the difference between men and women, neither had any hair and had on same clothes."

Then a move, from Auschwitz to Dachau, Germany.  At this concentration camp, Ernie faced his fate.

Gross said, "I'm close enough and I see the crematorium, so I figured in half hour, I'm gone."

But Gross didn't know a real miracle was reaching Dauchau.

Don Greenbaum was an 18-year-old high school graduate.  He was sworn into the United States Army and then he made his march through Germany.

"We saw the body bags, we saw the guys wounded and now we realized we're at war, the games were over," said Greenbaum.

Soon, Greenbaum saw Jewish people like him who were killed because of their identity.

"November 9th, 1944, our jeep was hit by a missile, a roadside bomb and my driver, myself were thrown off the jeep and ended up in the hospital," said Greenbaum.

In April of that year, Don received a purple heart and made his way to Dauchau.

"About a mile outside the camp, when we're hit with a tremendous odor, which we couldn't identify.  To this day, 70 years later, the odor's still with me," said Greenbaum.

It didn't take long for Greenbaum and three other American soldiers to find out what was taking over their senses.

"And the sky turned black above our heads, didn't know what it was.  Then we came across box cars filled with dead bodies, about 10-15 cars on the railroad, outside Dachau.  We now found where the odor came from, decaying bodies," said Greenbaum.

For those prisoners still alive, Don said, "It was so agonizing to see these people couldn't walk and they were 85 pounds and we couldn't imagine how could mankind do this to mankind?"

The liberator was ready to take on his most glorifying job.

"They wanted to touch us, come near us we couldn't feed them if we did they would die," he said.

Gross remembers that moment.  "When I turned around I saw four American soldiers," he said.

And that's when Gross knew a promise he made to himself wouldn't be broken: "From the day I went into the camp, I made up my mind, I must survive."

Then another promise: he'd someday meet and thank the man who saved his life.

In 1947, Gross began a new life in America.  When he moved to Philadelphia he spent almost every day looking for people who rescued him from the Nazi regime.  And it wasn't until four years ago, when Gross would finally thank the man who saved his life.

"Every day, every paper I was looking, anybody to thank them for saving my life," said Gross.

More than 60 years later, Gross found what he was looking for. He came across an article in the Jewish Exponent.  Greenbaum's wife wrote about her husband's war experiences.

Gross said, "I called him up and said Don Greenbaum, you are one of the liberators from Dachau and I'd like to meet you because you liberated me."

Greenbaum said, "To think after all those years I was going to meet somebody I helped to be liberated from camp, in Philadelphia is unbelievable."

Gross said, "He told me he's willing to meet me the same day because I was so anxious to meet him."

That very day, the two met at a diner in Philadelphia.

"All of a sudden I got all sorts of emotions, my heart beating faster," said Gross.

Greenbaum shared what happened when they first reunited, "Give you a big bear hug, you're Ernie?  You're Don?  It was very emotional, fantastic."

Gross said, "First thing I told him, I couldn't wait to meet somebody like him to thank him for liberating me, because half hour later I wouldn't be here to tell the story."

It's been four years since their reunion, and the two are more than friends.

Greenbaum said, "He's like my little brother. He had a brother David, who didn't come back, so I'm his David, because my Jewish name is Duhvid, his was Duhvid."

Their brotherhood is also educational.  Together, they share their experiences of survival and liberation.

Gross said, "I spoke before him, so if anybody invited me, I introduced them to Don, and from them on, most of the places we speak together."

Greenbaum said, "I say, here's a story of an 18-year-old outside looking in and a 15-year-old inside looking out."

It took a while to get here, and they remain overjoyed.

"When you're looking for somebody for 60 years, and you find them, it can't be any bigger joy than that," said Gross.

The men spend their days together as if they're known one another since childhood.  In April, they traveled back to the place they never thought they'd visit again, where Greenbaum liberated Gross, just moments before he would have died.

Greenbaum said, "Because in 10 years we'll all be gone.  There will be no liberators, no survivors left and we need to tell our story."

The men shared their story at Dachau Concentration Camp for the 70th anniversary of its liberation.

Gross said, "The whole trip to the memorial shouldn't have taken more than an hour.  It took us from 10:30 to 3:00, because we were stopped by so many different kinds of people."

Greenbaum said, "It was rewarding, because I got closure of it.  I won't go back, but I'm glad I went back."

The men will cherish the trip, getting closure and helping others feel the same way.

Gross said, "I met another survivor, his name was Joshua.  And he told me he's also liberated in Dachau and I asked him would you like to meet somebody who liberated you?  When I introduced him to Don Greenbaum, he kneeled down and told him you're my God."

Gross and Greenbaum continue speaking to the public.  They hope they'll enlighten at least one more person.

Although the men won't be able to share their stories in person forever, they believe their fate serves a lifelong purpose.

Gross said, "I'm trying to teach the students and grown-ups that it's important to love each other because by hating doesn't solve the problem.  Just makes you turn to crime, violence and murder."

The History Channel in Germany featured Gross and Greenbaum in a documentary, "The Liberators - Why We Fought."  To see the documentary click here:  history.de/befreier