YORK, Pa. — Holiday season typically doesn’t begin until after Thanksgiving. But for a handful of students at the Lincoln Charter School in York thi... 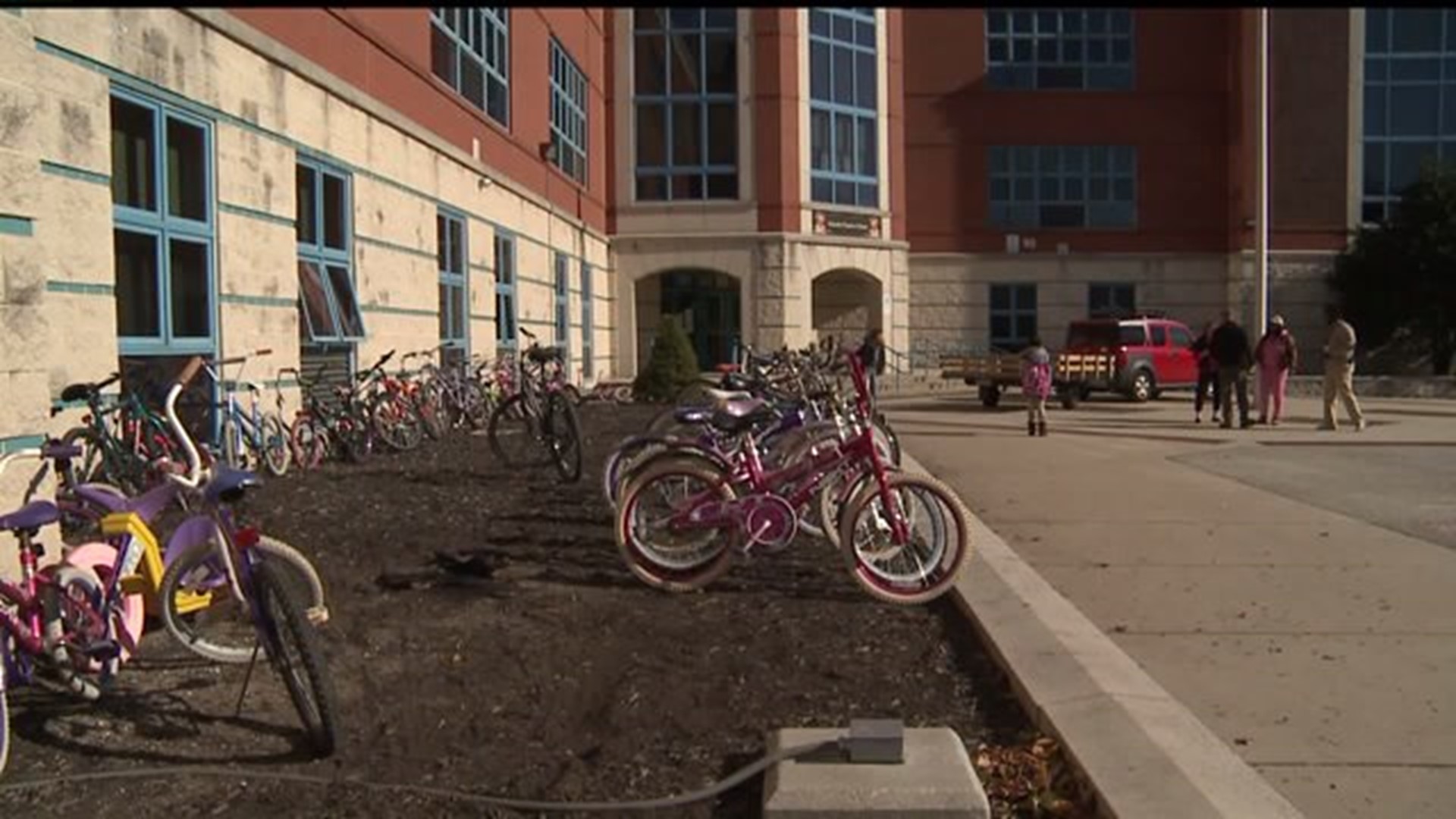 But for a handful of students at the Lincoln Charter School in York this week, their gift came early.

Instead of Santa Claus making a special delivery on his sleigh, it was a man and his 9-year-old grandson, in a Honda truck and an attached trailer.

Inside, 61 bicycles were about to go to students, some of who may have trouble affording one. Anybody who wanted a bicycle this holiday season can have one, thanks to Ross Willard and Recycle Bicycle.

Willard is the chief mechanical officer for the Harrisburg-based non-profit which takes broken bicycles, restores and refurbishes them, and puts them back out on the road. Most of the year, Recycle Bicycle works with adults; homeless and people on work-release programs. However, during the holiday season, Willard and his volunteers stock up on bikes so they can ship them out to children across Central Pennsylvania.

"They know in their heart they help fix up bikes for kids for Christmas and they're going somewhere," Willard says of his bike building volunteers. "They'll never get to see the kid but they know they helped make bikes for Christmas."

Willard doesn't consider himself anything like Santa Claus, although for the purposes of the holiday season, there's little doubt his grandson, Nate Swanger, is Santa's little helper.

Nate brashly admits a bicycle isn't even his favorite mode of transportation; he prefers a scooter. But he does love his grandfather, and helping others, he says, makes him feel "really happy."

"I like seeing kids have fun," Nate says. "Everybody is really happy they got bikes."

"This is a very sensitive time of year for a lot of kids," adds Leonard Hart, Principal at Lincoln Charter. "Anytime you can bring a smile to a child's face, whether it through learning or having a bike, just something to say we care, it's always good to give a child hope."

Hart says Recycle Bicycle visits annually around the holidays. What started as donating a couple bikes eventually turned into the 60 given away this year.

"It takes a person with a big heart...a kind heart...to give their free time and their own funding," Hart said.

Willard will go on these trips donating bikes to schools and community centers, around every ten days, he says, over the holiday season.