CHICAGO — Micah Parsons is coming off a strong freshman year. The Harrisburg High School alum appeared in 13 games for the Blue and White, making 83 tackl... 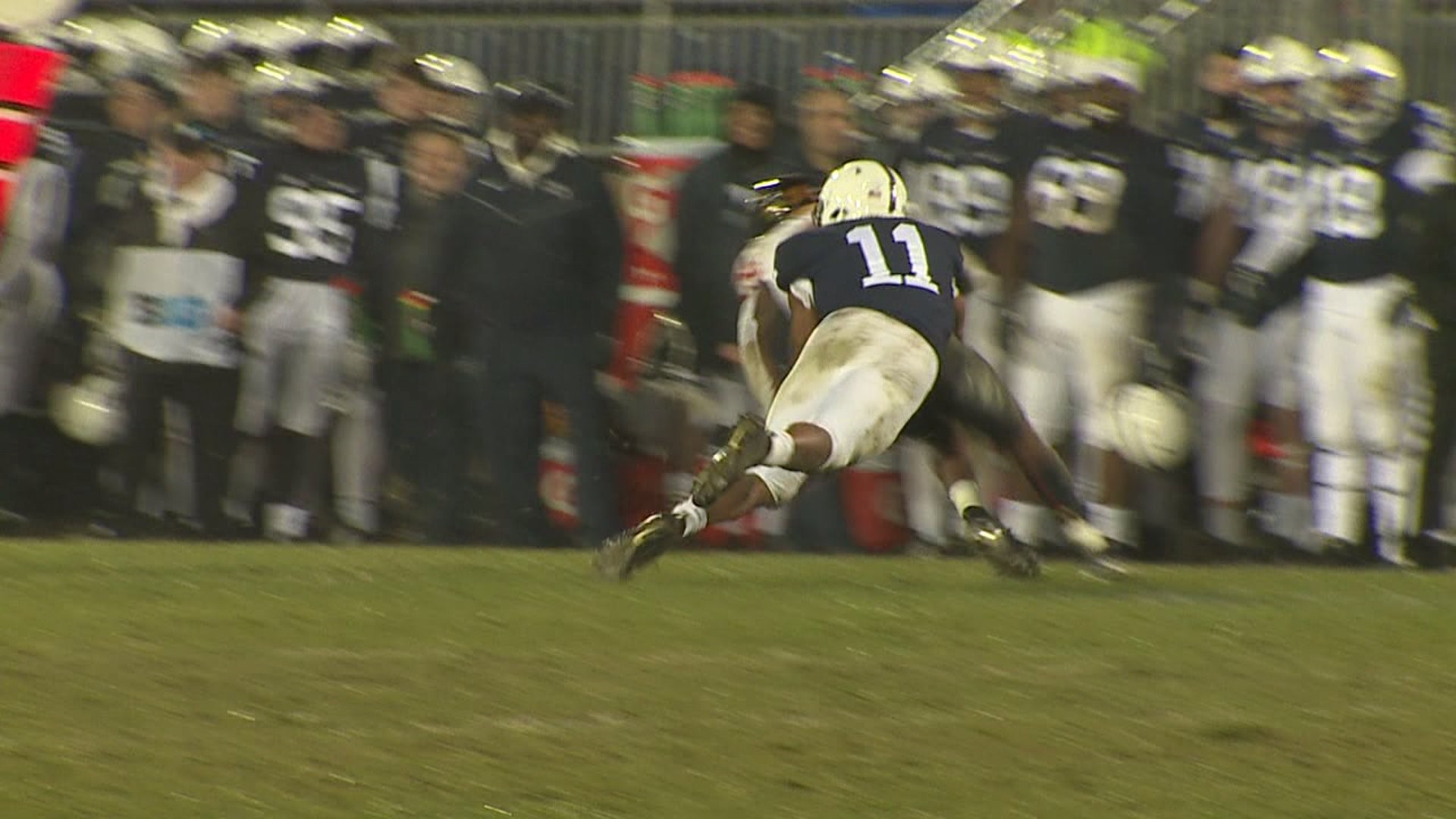 CHICAGO -- Micah Parsons is coming off a strong freshman year.

The Harrisburg High School alum appeared in 13 games for the Blue and White, making 83 tackles (48 solo) and five tackles for loss.

Parsons, a freshman All-American, is expected to have an even bigger sophomore year in Happy Valley.

He's impressed a lot of people along the way.

"He was was physically ready from speed and physical standpoint and now what I expect at least his understanding of the game is going to grow, which is going to allow him to be faster because he won't think as much as he does," said Fox Sports College Football & NFL Draft Analyst Joel Klatt. "I expect to see a faster, more dominant player, especially talking numbers to numbers in the middle of the field."

James Laurinaitis, an All-American linebacker at Ohio State (2006-2008), added, "A lot of us need reps to see it and under it, run schemes and all that. I totally expect  his name should be, if he stays committed to it and stays studying, it should be up there with along list of great linebackers at Penn State."