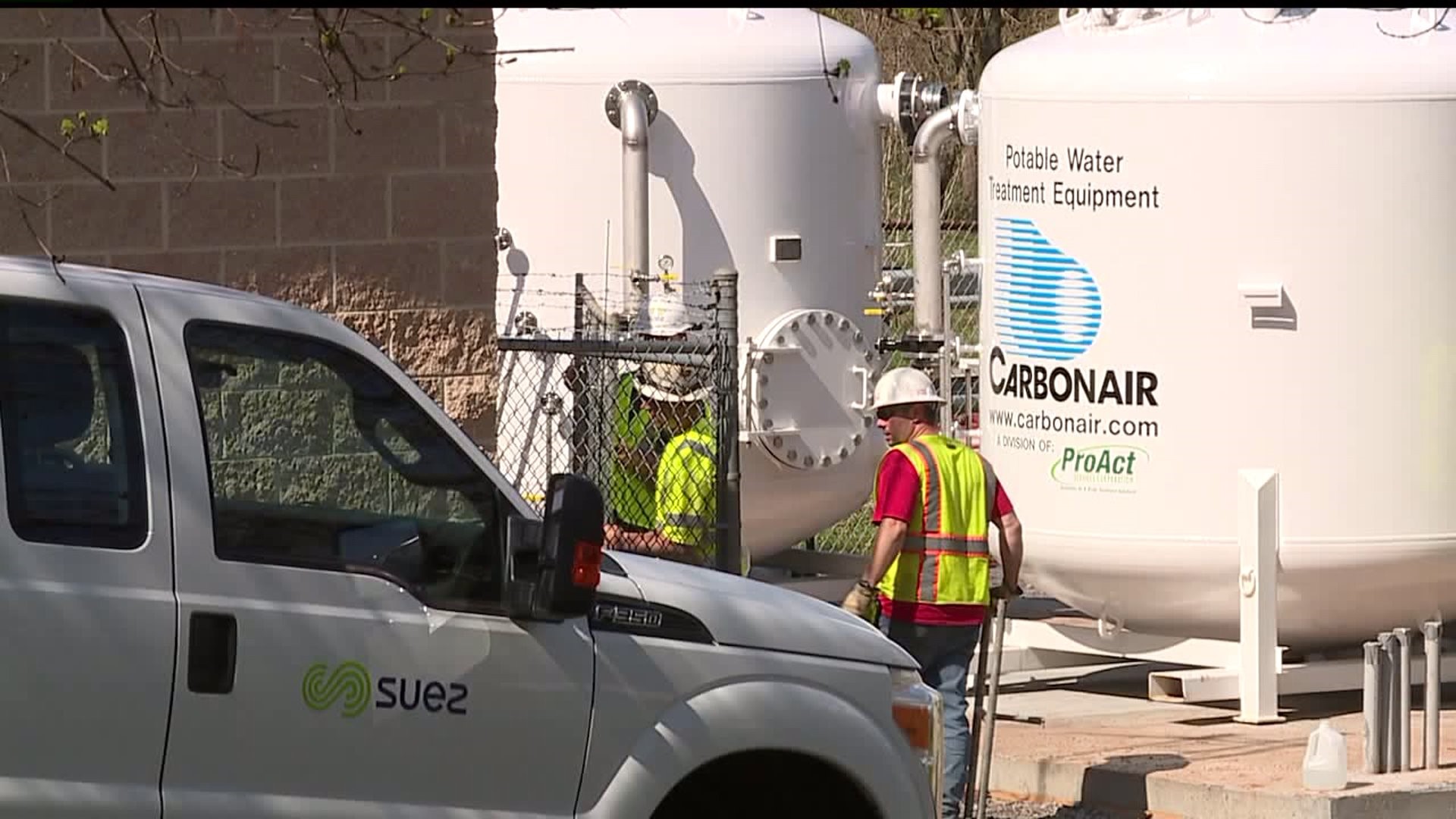 The filters, costing a total of approximately half a million dollars, aim to remove PFAS and PFOA from the water.

PFAS and PFOA, according to Suez, are "part of a family of man-made chemicals that have been used for decades as an ingredient to make products that resist heat, oil, stains, grease and water, and are extremely resistant to breakdown in the environment."

John Hollenbach, vice president of Suez Pennsylvania operations, said they were notified in March about a water sample test done by a customer.

The results of the customer's test showed a combined 186 parts per trillion of PFAS and PFOA.

The Health Advisory Limit (HAL) set by the U.S. Department of Environmental Protection is a combined 70 parts per trillion.

Hollenbach said one part per trillion is equivalent to a grain of salt in an Olympic-sized swimming pool.

Despite the customer's test, Hollenbach said customers do not need to avoid the water.

“It’s not an immediate concern until further testing is done to confirm the results of what the customer took," said Hollenbach.

A spokesperson for the state Department of Environmental Protection said: "DEP has not independently verified the sample results but worked to approve the emergency permits out of an abundance of caution. DEP’s investigation into the contamination is ongoing."

Hollenbach echoed that they're efforts with installing the new treatment filters is a precautionary and proactive approach to the situation.

“The treatment that we’ve put in, we’ve designed it as such that we’re trusting to get removals of 'no detect,' remove it completely from the water," said Hollenbach.

Hollenbach said the situation is affecting roughly 1,500 of its Newberry Township Customers.

Affected customers have not yet been notified, as Hollenbach said Suez is working with the DEP on a notice that will be sent by this Saturday.

Barry Oberlander, a Suez customer from Newberry Township, said hearing about the situation caught him a bit "off-guard."

“If the one example that was supplied is correct, I would be pretty concerned. It’s quite above what is considered a safe level," said Oberlander.

While Oberlander waits to see if his house is one of those affected, he said he's relieved Suez is trying to remedy the situation with the new treatment filters.

“Instead of just waiting for more tests and stuff, it seems like they’re really making an effort to resolve the issue," said Oberlander.

Hollenbach said affected customers should receive their notice at the start of next week.

He also said they expect the new treatment filters to be operational by the end of this week, following an inspection by DEP.

Suez will also receive sampling guidance from DEP regarding further testing of the water.

A spokesperson for the Department of Environmental Protection said customers should not boil water, as it can worsen the issue by concentrating the chemicals.

For more information on PFAS from DEP, click here.

For more information on the impacts of PFAS and PFOA, click here.

For more information on PFAS exposure, follow the link here.

If a customer contacts Suez Customer Service, giving your account info will allow them to be able to look up on their system if you fall into the affected area.