YORK, Pa. — We’ve all heard that cats have nine lives and Opie is no exception. Early Thursday morning a stray bullet went through a window in Angel... 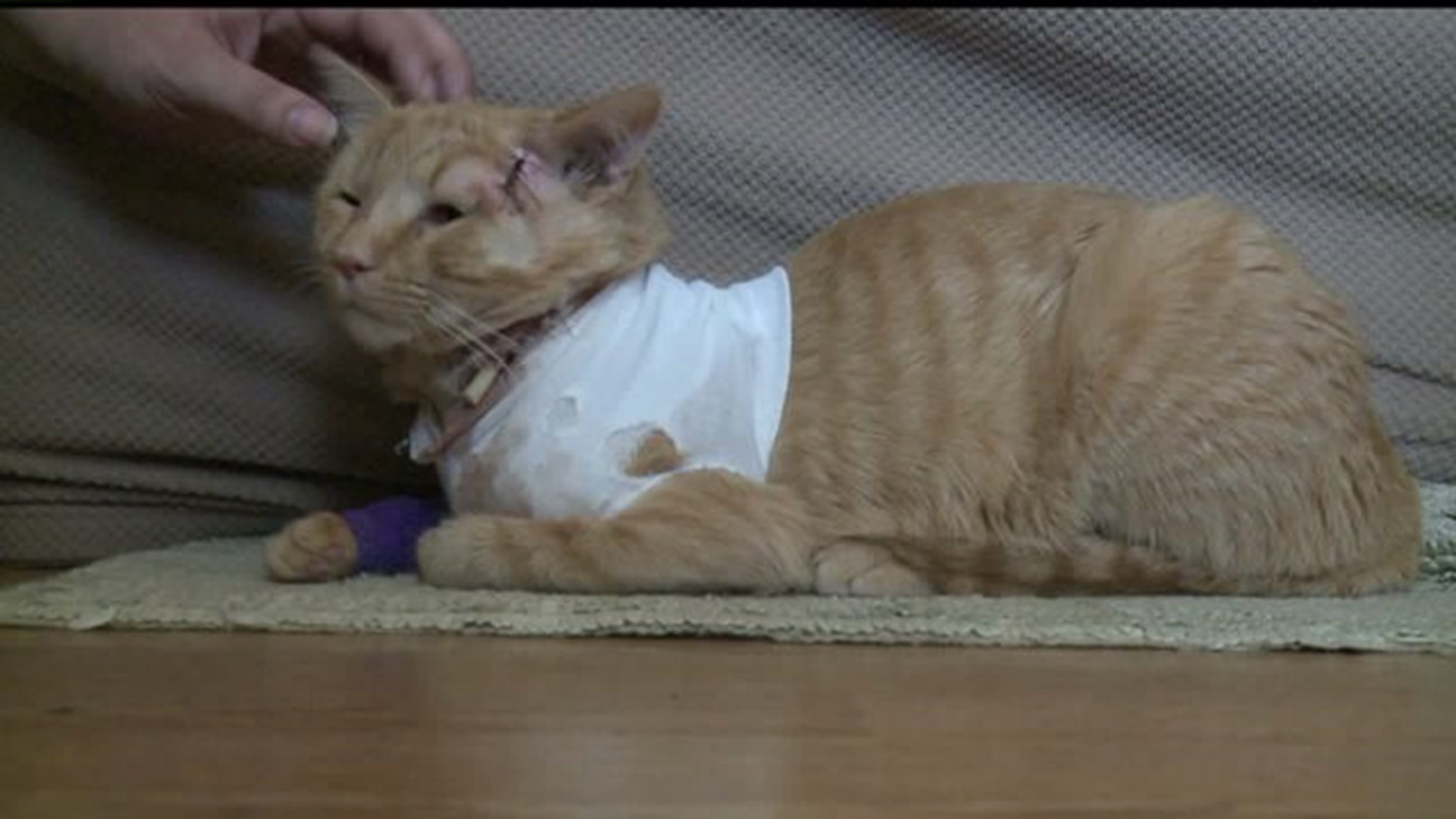 YORK, Pa. -- We've all heard that cats have nine lives and Opie is no exception. Early Thursday morning a stray bullet went through a window in Angelica Sipe's home. "It took me a second to realize what just happened. The first thing I did was check on my son and he was sound asleep. Then I saw my cat on the floor and that's when I realized my cat was shot," said Sipe.

The bullet went in the couch and then hit Opie, who was laying there. "It came in the top of his head, out the bottom of his neck, and back into his shoulder and out his armpit rib area," said Sipe. And it didn't stop there. The bullet ricocheted. Bullet holes in Sipe's couch show where it hit the couch that Sipe was sleeping on, then it flew across the room to a love seat and lodged in a pillow, just inches from her 3-year old son Daemire.

"It could have been my son," said Sipe as she teared up. She is convinced Opie saved her son by taking the bullet, and she knew she had to save his life too.

Although he has some muscle damage Opie is expected to be ok. He was treated at an emergency clinic and underwent surgery. He has a drainage tube and stitches. "I wanted to keep him. He was my son's little hero, so I need to keep him around," she said.

Opie's vet bills have nearly reached $1,000 and he has a follow-up appointment scheduled for Monday.

Sipe said she is used to hearing gunshots on nearby streets but the violence has never spilled into her neighborhood until now. "I want out," she said. "I don't want to stay here."

Sipe did not believe anyone other than Opie had been hurt. According to their website, 'York City Police were dispatched to the first block of South Royal Street for a report of shots fired by unknown suspects. Multiple casings were recovered from the area, and the incident is under investigation.'

Chief Wes Kahley confirmed that no one has come forward with injuries from the shooting, and no suspect has been located.