A precious pup named “Cider” was looking for a home at the GIANT Center on Sunday night. She’s one of many shelter dogs that could be adopted,... 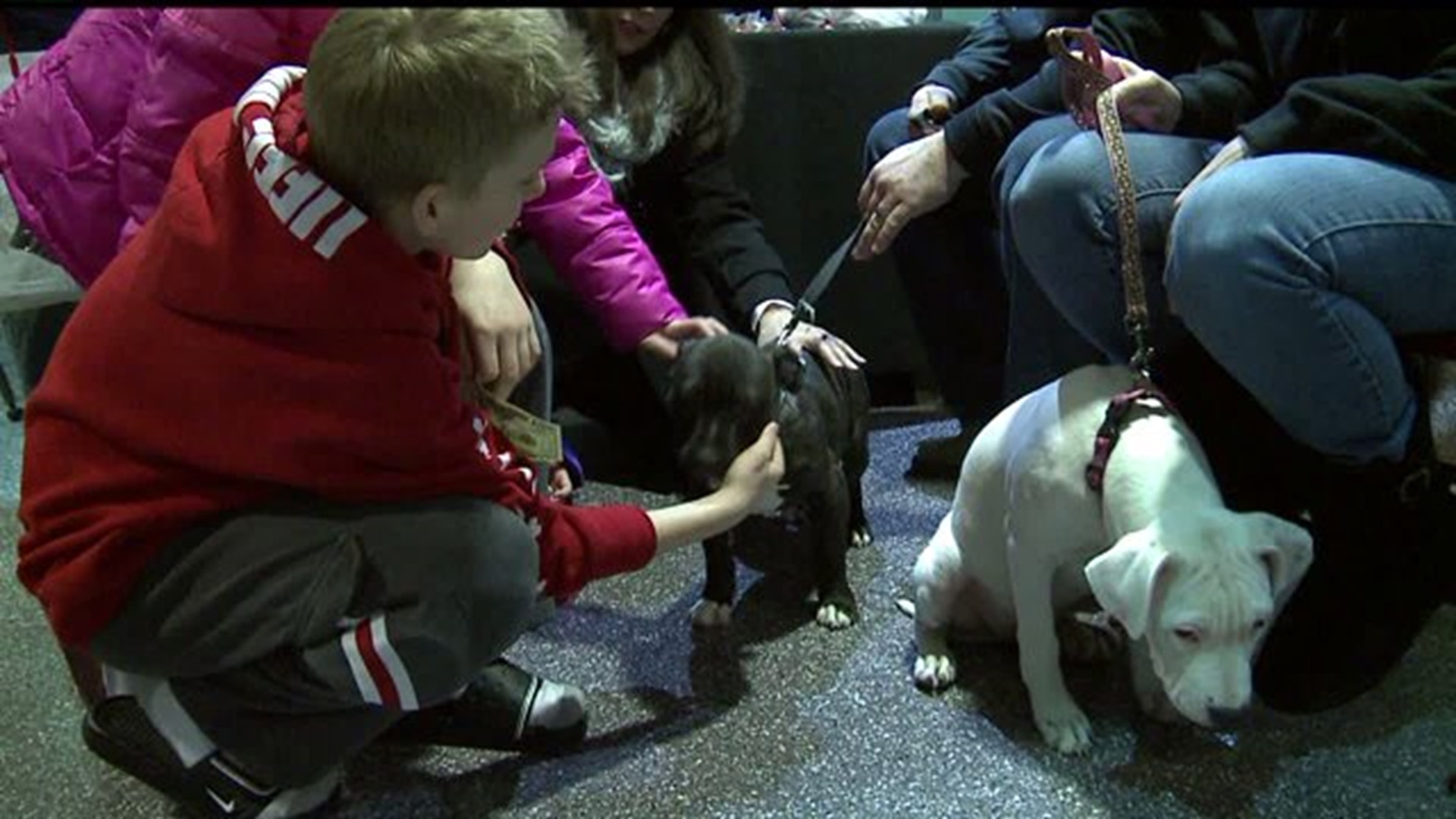 A precious pup named "Cider" was looking for a home at the GIANT Center on Sunday night.
She's one of many shelter dogs that could be adopted, or paired up with a local military veteran in need of a loyal companion. That cause was the focus of Community Night at the Hershey Bears hockey game.
The players' "Better Halves," their wives and girlfriends, hosted the event to
raise money for "Orders For Love." The organization matches dogs with veterans who suffer from conditions like Post Traumatic Stress Disorder or Traumatic Brain Injury.
Kristen Fales, with the Bears "Better Halves" says, "Animals in general, but dogs especially, have just such comforting healing powers, like nothing makes you feel better than cuddling up with a puppy and its so awesome for soldiers with PTSD to have that comfort."
The Bears "Better Halves" made dog treats to sell and raise money, while the players themselves posed for and autographed pictures with shelter dogs to be sold at auction. Those proceeds will benefit "Orders For Love."
Supplies were also collected for the group Pitties.Love.Peace.