LANCASTER COUNTY, P.A. — 25 officers from both East and West Hempfield Police departments joined the Community Services Group to get a better understandin... 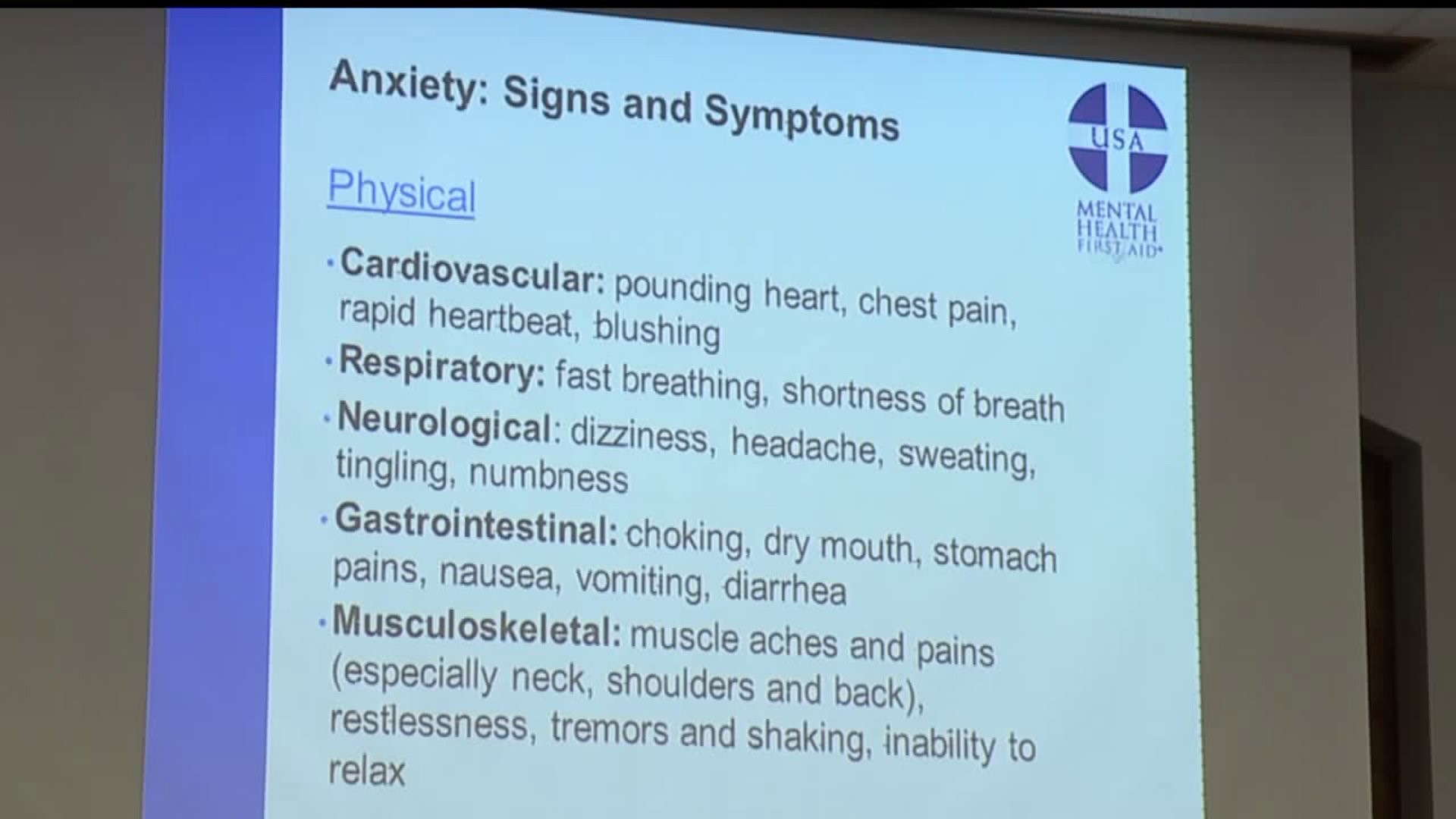 LANCASTER COUNTY, P.A. --- 25 officers from both East and West Hempfield Police departments joined the Community Services Group to get a better understanding of individuals with mental illness.

They also teach "action plans" to adequately intervene in helping someone in mental crisis while, also, guiding them to professional or self-help.

"We hope that they will be better prepared when they get a call in the community to respond to that call but also have some additional resources that they may not have had before," said Basci.

As part of the "One Mind Campaign," Lt. Tammy Marsh said the East Hempfield Police Department revamped their policy on dealing with people with mental illness two months ago.

She said they also have six officers with additional crisis intervention training, or CIT.

"Because of the significant percentage of people that deal either openly or silently with mental illness, we really thought this was something we wanted to do with them, to get ourselves educated and learn how we can help," said Lt. Marsh.

She said they receive all types of calls, from people not feeling well to suicidal situations.

She said their goal with the completion of the One Mind Campaign will help them help others in need.

"It's a disease and if we can help even one person, than I think it's worth the effort," Lt. Marsh said.

Another 25 officers will conclude the training next week.

When that happens, they'll join Salisbury Township Police in Lehigh County as the only departments to complete the One Mind Campaign in the commonwealth.

Funding for Community Services Group to present is provided through Let’s talk Lancaster and the United Way Organization.