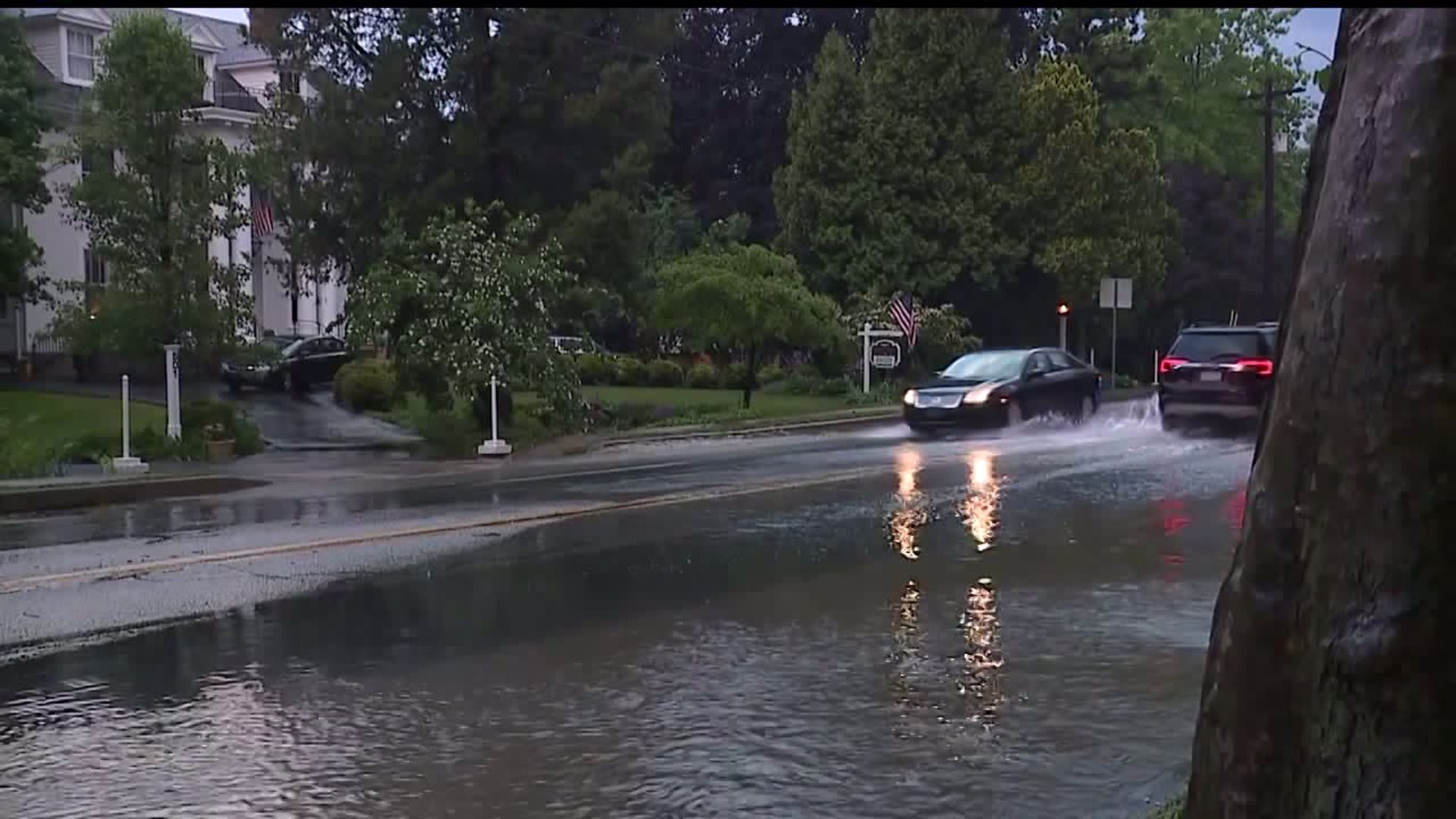 The heavy rains tested drivers there who braved the weather.

"I could hear it in my room, maybe the center of the house, couple tree branches fell down. It's madness out here!" said Wyatt Arnoult of Greencastle.

Wyatt Arnoult took that madness and turned it into some fun to celebrate his 13th birthday.

"It's pretty fun. I got all this, and I got a dog so!" said Wyatt, who spent part of his afternoon splashing in the water.

Rain coming down so hard, it filled some people's front and backyards.

"A torrential downpour, only in a couple hours," described Scott Arnoult, Wyatt's father.

Arnoult tells us it's not the first or the last time Mother Nature will strike.

"I built this up so that it [the rain] would keep from going into my front yard, probably a few tons of dirt," explained Arnoult. "[I took] a few [precautions], not enough."

First responders say if you see a pool of water, and you don't know how deep it is, "turn around; don't drown."

According to the National Weather Service (NWS), each year, more deaths occur due to flooding than from any other thunderstorm related hazard.

Over half of all flood-related drownings occur when people drive cars into dangerous flood waters, according to the Centers for Disease Control and Prevention; the next highest percentage of flood-related deaths is due to walking into or near flood waters.