Health experts warn of drowning prevention as the heat kicks in

LANCASTER, P.A. — A recent tragedy involving the family of U.S. Olympic skier Bode Miller is telling an all too familiar story to health experts. Miller&#... 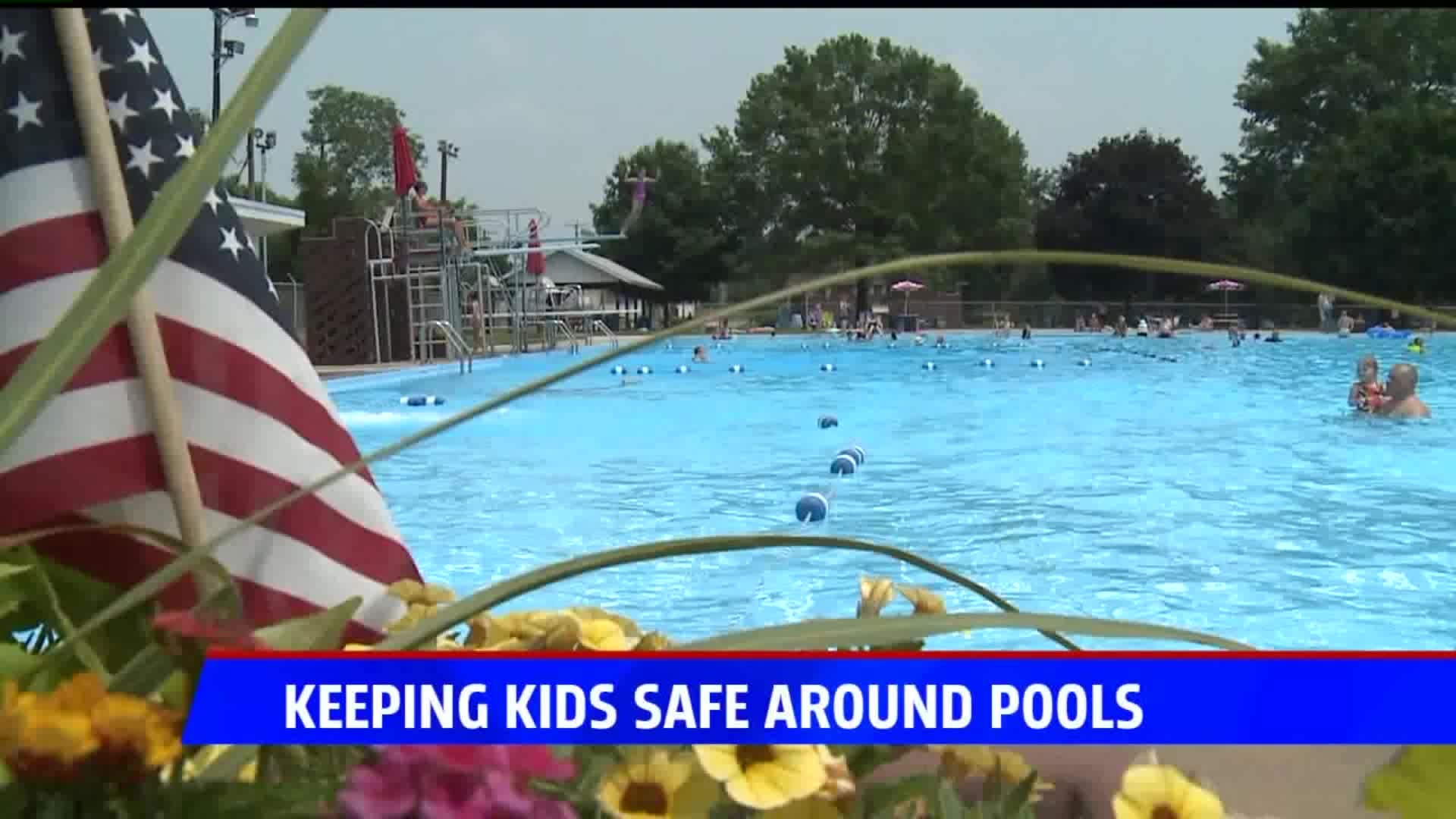 LANCASTER, P.A. --- A recent tragedy involving the family of U.S. Olympic skier Bode Miller is telling an all too familiar story to health experts.

Miller's 19-month old drowned to death after falling into a pool.

As it's starting to heat up in central Pennsylvania, health experts are trying to warn parents to be safe around the water.

Dr. Michael Reihart with Penn Health-Lancaster General Health said drowning is the second most common cause of death for children between the ages of 1 and 4, behind only congenital heart disease.

In children ages 1 to 14, drowning is second only to car accidents.

He said drowning can take place between only one to two minutes.

"It can be a time of easy distraction where the doorbell rings, another child is upset or you're paying attention to another child and you look back and there's a child face-down in a pool," said Dr. Reihart.

He offers some of the following tips on how a parent can avoid a tragedy:

-Surrounding a pool with a four foot fence
-Take distracting toys out of the water
-Always keep eyes on a child if water is nearby.

"You want to be buddy close. You want to actually be touch close," said Dr. Reihart.

Brad Reigner, franchise owner of the British Swim School of Lancaster, said they teach kids as young as three months old a "shoulder roll technique," giving them up to 30 additional seconds if they end up in the water.

"When a child submerges, they'll just, through natural repetition, be able to float onto their backs, comfortably...Look up into a very comfortable, safe position and ask for help," said Reigner.

Even though pools receive a central focus, experts warn something as small as a wading pool or a bucket can be equally dangerous.

Dr. Reihart warns the weight of a child's head can tip them over into a bucket, causing them to drown in less than a foot of water.

"Be aware that this is a drowning trap---that many children can drown in this and that you want to store it upside down so the water won't accumulate. You never want to store water in an uncovered bucket," said Dr. Reihart.

If a child does go underwater for an extended time, experts say immediately take the person out of the pool, call 911 and begin mouth to mouth CPR until paramedics arrive.