Harrisburg’s gun laws: Too much, or not strong enough?

A gun owners’ group is taking aim in the courtroom, filing a lawsuit Tuesday against the city of Harrisburg. The lawsuit says Harrisburg’s gun laws ... 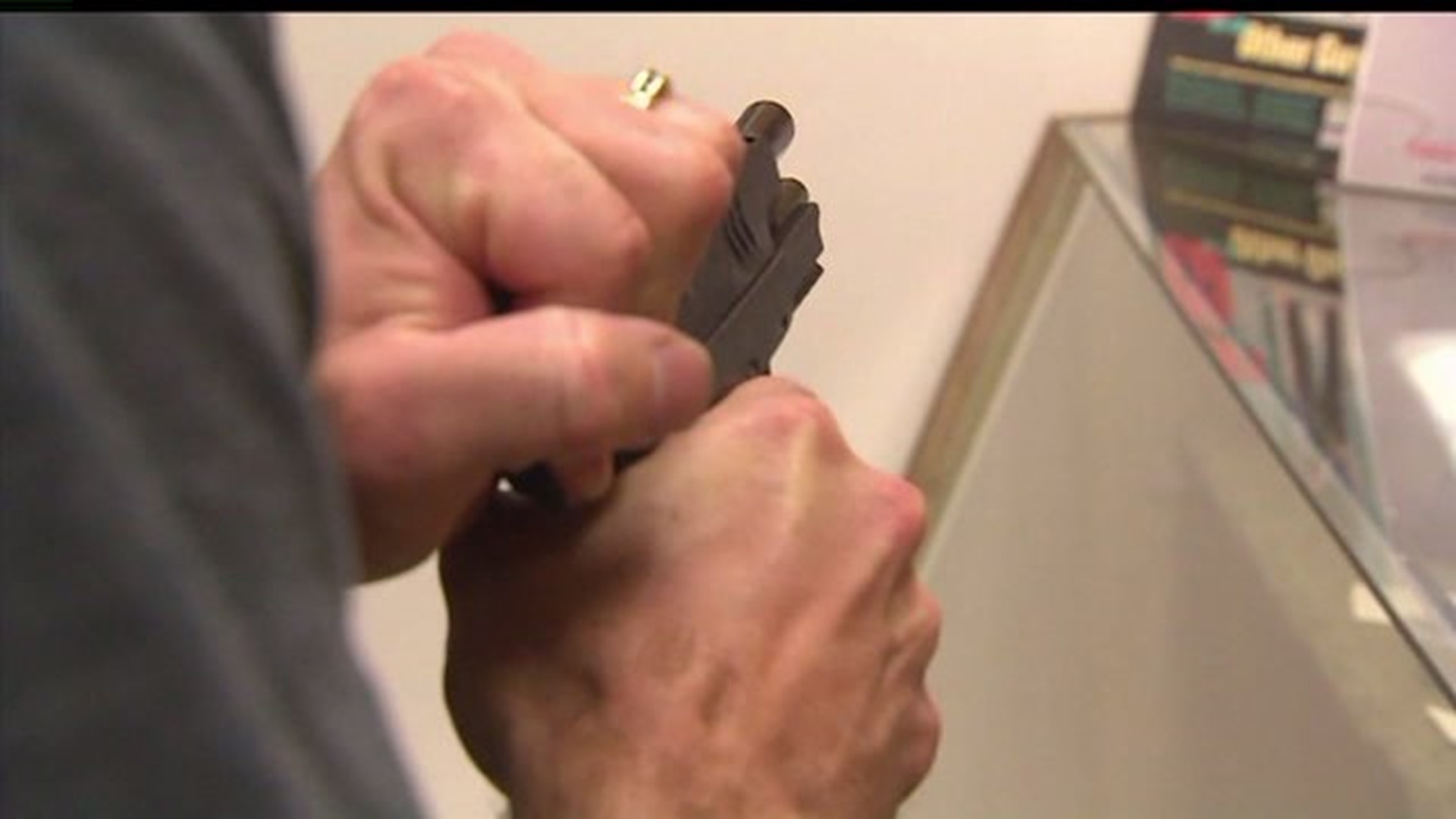 A gun owners' group is taking aim in the courtroom, filing a lawsuit Tuesday against the city of Harrisburg.

The lawsuit says Harrisburg's gun laws are illegal because only the state can legislate guns. Other cities are facing similar issues. But Mayor Eric Papenfuse has said he will not repeal the city's gun laws.

"The reason why we chose to go after Harrisburg also is because of how adamant and loud the Mayor has been about his desire to stand up and fight any sort of regulations, and he believes in it, so he's mounted the challenge and we're here to accept it," says Justin McShane, attorney for U.S. Law Shield, the gun owners' group behind the lawsuit.

Papenfuse did not comment on Tuesday. The city has five gun ordinances.

A retired State Trooper is the lead plaintiff in the lawsuit. He says cities' differing laws put law-abiding gun owners in jeopardy, because they vary so much.

"In 5 seconds you can be in one municipality or the other municipality and those laws change, you can find yourself an accidental criminal," says plaintiff Todd Hoover.

But in some places in Harrisburg, people die from gun violence on a regular basis. Also on Tuesday, a vigil held on South 16th Street in memory of Aquan Kemper, a 23-year-old man who was shot to death on Friday.

The group who holds the vigils is called Heeding God's Call, and activists pray and protest gun violence.

"What happens is someone with a clean record buys 100, sells it to someone else," says Hank Johnson of Heeding God's Call. "So when we ask for gun regulation again, it's how do we stop straw purchases, how do we stop people who shouldn't have guns from getting guns."

They say, whether it's the city or the state that makes the gun laws, current laws are ineffective in the main issue- stopping the spread of illegal guns.