HARRISBURG, Pa. – City teachers pleaded with district administrators Monday to help support them as they deal with what they are calling an unprecedented ... 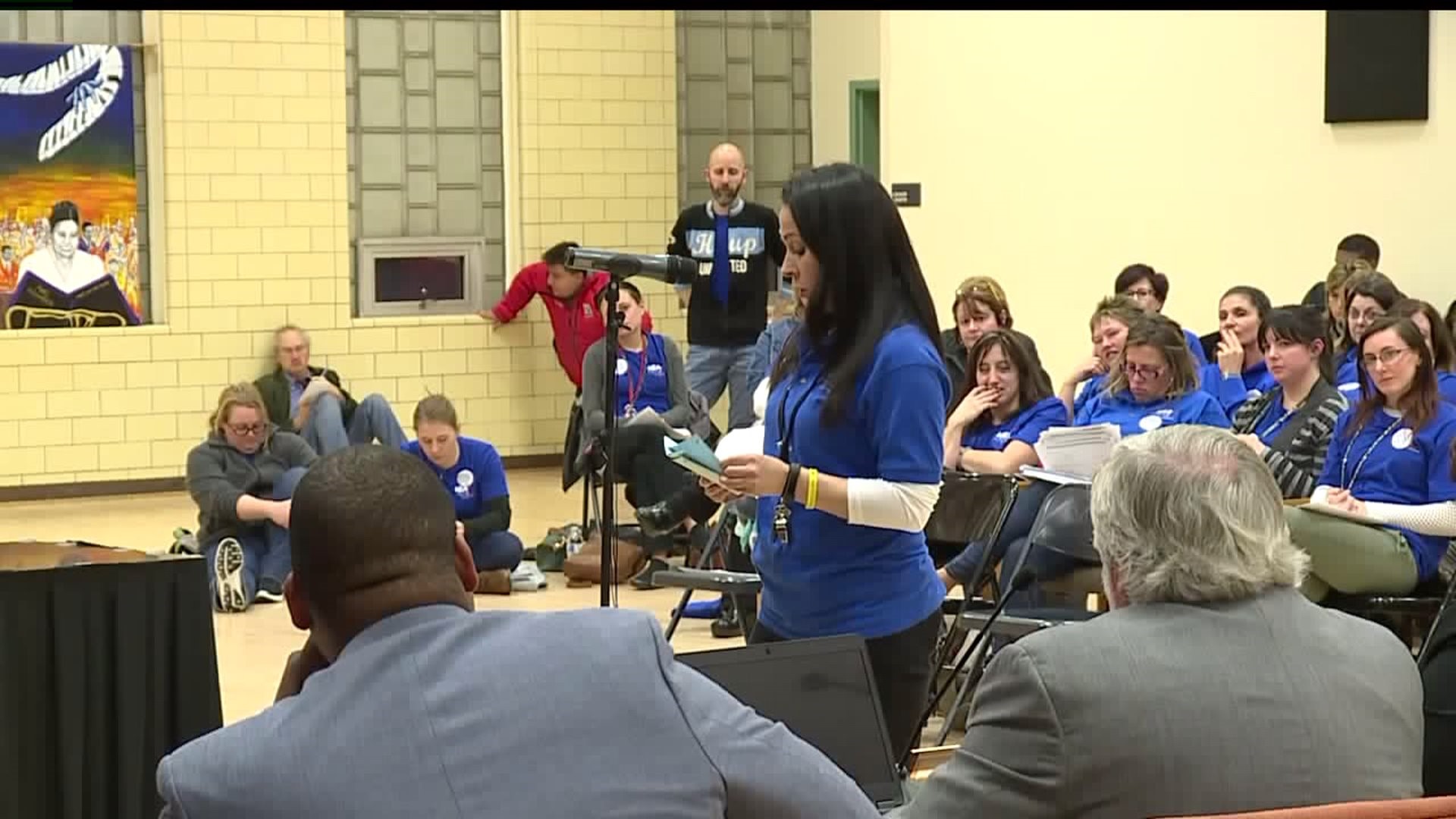 HARRISBURG, Pa. - City teachers pleaded with district administrators Monday to help support them as they deal with what they are calling an unprecedented level of misbehavior among children, some of which is resulting in physical violence against teachers.

The Harrisburg Education Association says the behavioral issues have prompted the resignations of at least 45 teachers between July and October, and further resignations have since occurred, according to association president Jody Barksdale.

Some of the worst behavior has come from some of the district's youngest students. Amanda Sheaffer, a first-grade teacher in the district for four years, described the bad behavior she has seen.

"I have been hit, I have been kicked, I have been restrained from behind where I've been unable to move my arms," she said. "It really throws off the whole day. I mean, you have an incident happen and you have to do a room clear, get all the students out, and then after that you have to take the time to do the write-up, and you have to make sure security comes and gets the kids."

The HEA says the complaints come from three or four school sites, but would not specify which ones. They say they want more support from administrators.

"Let's get together, as a task force, as a community, teachers, principals and see what we can put together to actually help these children that are displaying these atypical behaviors," Barksdale said.

School district leaders say they will work with teachers to get to the bottom of the behavioral problems.

"Once we meet and find out that there are needs that we need to have serviced, that means it's going to take parent involvement to make that happen," said Superintendent Sybil Knight-Burney.

Sheaffer says she has not thought of resigning in spite of the challenges she says she faces on a daily basis.

"I try to see the good, and think that these students and kids need me, and I'm trying to do something positive and different," she said.

The school district has responded to the HEA Claims with the following:

"In response to the Harrisburg School District’s Collective Bargaining Group, and earlier statements made to the media concerning issues facing our District, we find it unfortunate that our teacher organization has chosen to engage in public discourse opposed to factual and substantive discussions. The District is committed to promoting a safe and healthy work and learning environment for our faculty, staff and students. As we all can agree, student achievement is our
primary mission.

Concerning the District’s staffing positions, the facts are as follows: The District had 55 instructional vacancies in July 2017, the District hired 130 direct and indirect support staff between April to August 2017, inclusive of 30 professional staff. We currently have 38 professional job vacancies as a result of resignations due to a host of reasons and retirements. Urban education is fraught with challenges, opportunities and experiences. The administration of the
Harrisburg School District is dedicated and working extremely hard, providing year-long educator development and teacher mentoring programs. Additionally, processes for Positive Behavior Intervention and Supports (PBIS) and/or Multi-Tiered Systems of Support (MTSS) are in place throughout all schools.

Further, the District has an open door policy to advance communication and address any and all concerns from administrators, faculty, staff and/or students.
As a School District, our effectiveness and success hinges on all stakeholders taking a positive and committed stance on moving the quality of education forward for every student; this includes professional responsibility, accountability and true ownership of the work that puts students first and continues to move our District in the direction of academic growth and achievement. As a District, we will continue to strive to overcome isolated challenges and resolve differences. Furthermore, we endeavor to build a culture of collaboration among all stakeholders that is focused on improving teaching and learning in every school throughout the District.