HARRISBURG, Pa. — Harrisburg, the capital city of Pennsylvania, is a worldwide leader when it comes to…street lights? According to City Engineer Way... 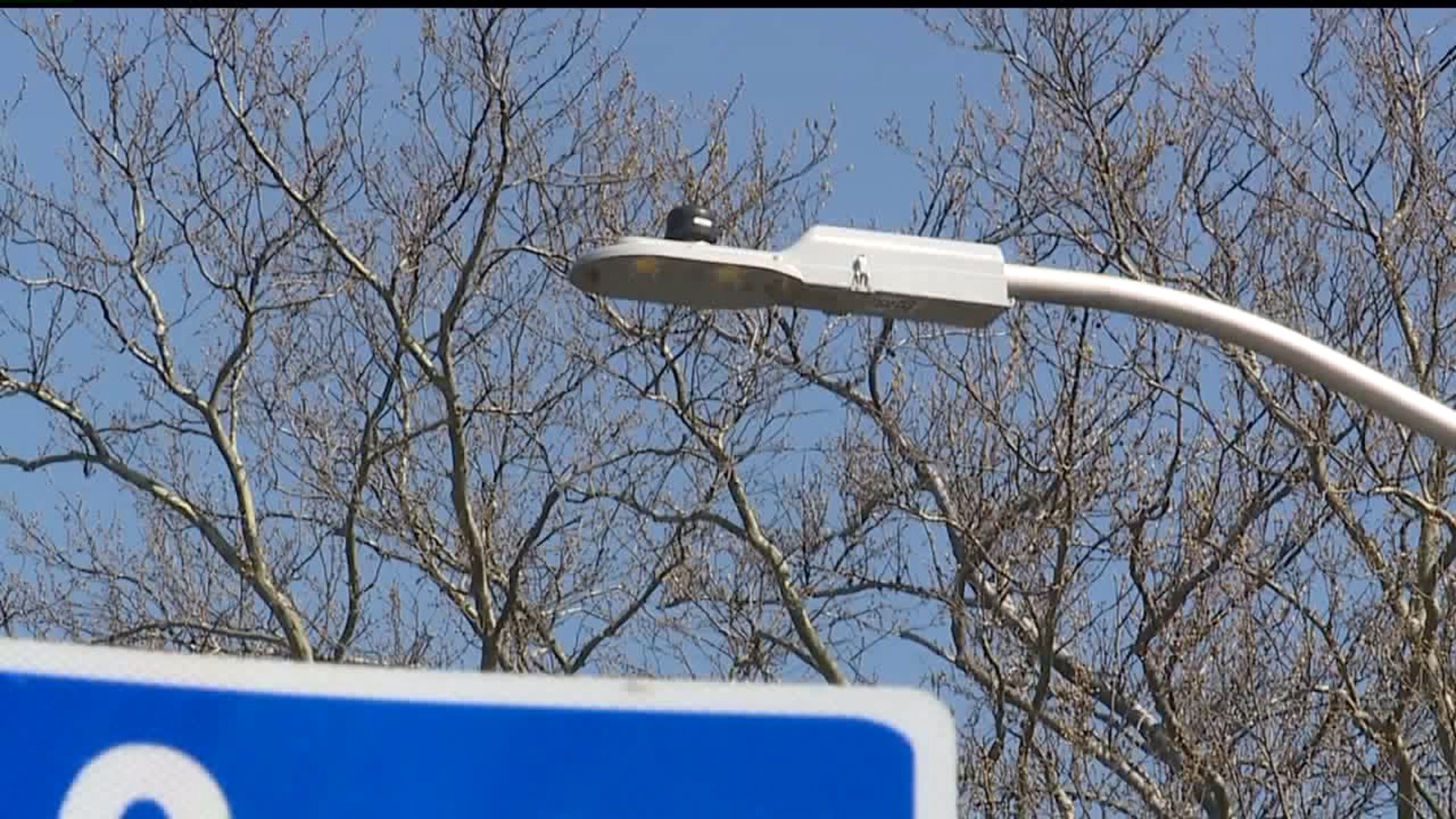 HARRISBURG, Pa. -- Harrisburg, the capital city of Pennsylvania, is a worldwide leader when it comes to...street lights?

According to City Engineer Wayne Martin, Harrisburg's recent conversion to more than 5,000 city-wide LED lights is gaining global attention, and its manufacturer, England-based Telensa, is using the state capital as a pilot program to test new "smart light" technology.

"I don't think anyone has done it on a large scale like we have in the United States," Martin said of Harrisburg's street light renaissance."

Martin said Harrisburg will receive the new technology from Telensa in the next six to 12 months.

To the naked eye, it won't look any different than the street lights you see when you drive throughout the city now. However, black nodes which currently sit on the heads of the street lights will be replaced with newer versions of the same nodes with USB ports.

Martin says the city can purchase external sensors to plug into the ports, which will allow city officials to monitor any number of items around it, including traffic flow, air quality, and river levels.

Some sensors can also detect the weight of public trash cans to determine when they should be picked up by garbage trucks. Another could determine the temperature of the road, which would help public works figure out which streets to salt when there is an impending snow or ice storm.

"It would save money on salt. We could save 20 tons of salt every year and that adds up to real dollars," Martin said. "The possibilities are endless."

There is even a sensor, called ShotSpotter, which listens for gunshots, and then detects the locations of where shots are being fired.

"We're not going to monitor stuff just to monitor it," he said. "It has to make sense for the city."

In March, Martin was one of three American engineers to speak at a conference in Australia. Harrisburg and its LED light project from a year ago, he says, is being used as a case study for the Aussies, whose street lights are not current.

"Basically, they said, 'If the city of Harrisburg can do it, why can't we?' and that's the message I was able to deliver," Martin said.