Harrisburg revitalization one block at a time

HARRISBURG, Pa. – Three vacant lots on a block in Harrisburg are being transformed into three single family homes. The goal is to bring pride and a sense ... 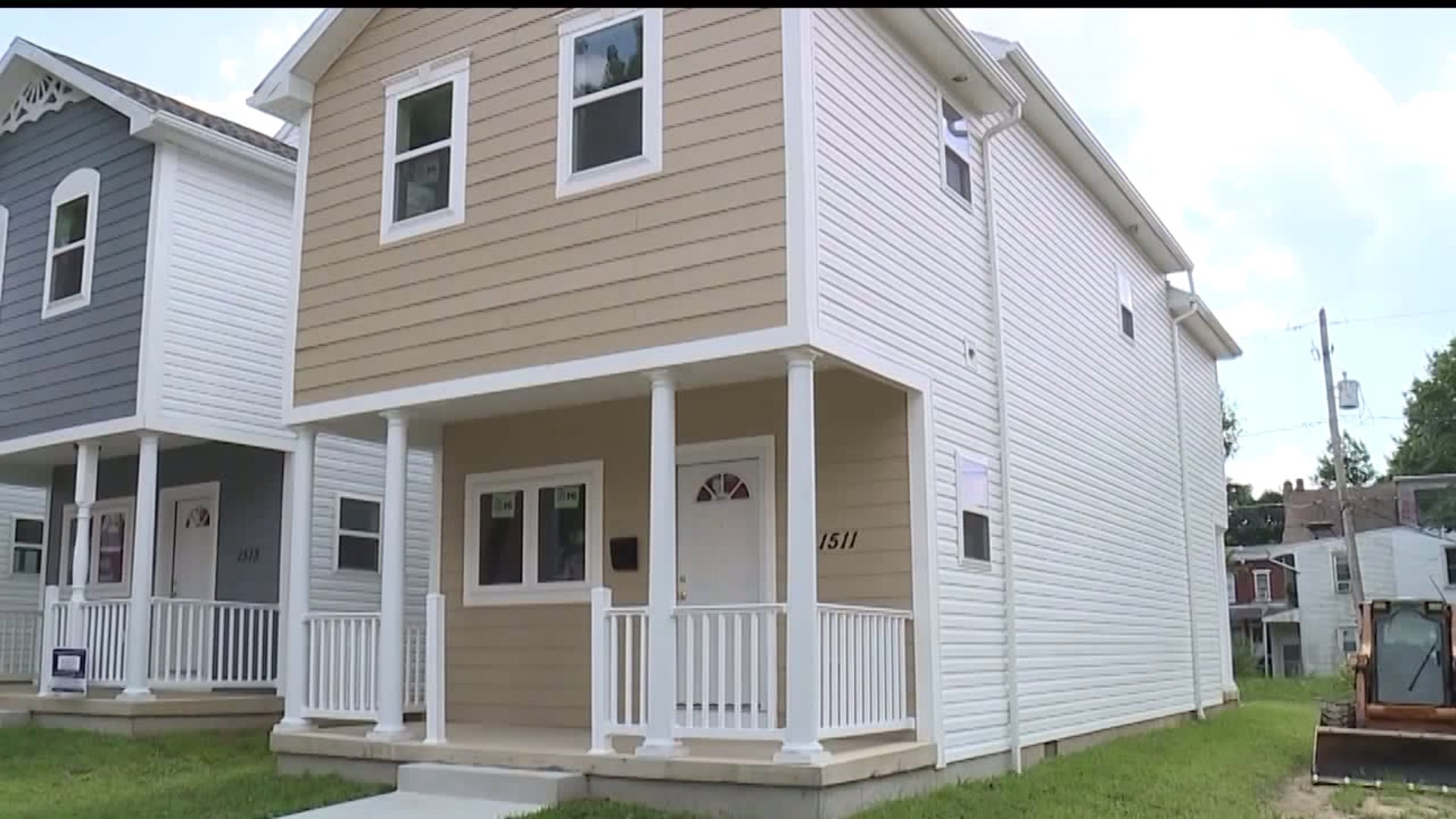 HARRISBURG, Pa. - Three vacant lots on a block in Harrisburg are being transformed into three single family homes. The goal is to bring pride and a sense of ownership back to neighborhoods facing severe blight.

Once facing blight, the 1500 block of Swatara Street is a block of well taken care of homes, and well maintained front yards.

Tri-County Housing Development stepped up in 2009 to attack the blighted block. Since then, they've built 10 new homes in the Mount Pleasant section of Harrisburg. More than $5 million of federal, state, and county money played a role in bringing the block from a state of despair to hope.

Monday, Tri-County Housing Development celebrated the latest home to be completed and up for sale. Which they say would not have been a possible without a partnership with Habitat for Humanity and the work of hundreds of volunteers.

"We have to keep doing this," said State Rep. Patty Kim. "We will see a major change in Harrisburg where people care about the neighbors, and have equity, and a sense of ownership."

State Rep. Kim says, she's seen first hand the role home ownership plays in the community. One of her staffers lives just a few doors away from the latest home to hit the market.

"To see the transformation from single mom and a renter to a homeowner," said State Rep. Kim. "She's the toughest woman on this block. She's like, 'get your kid back in the house,' she protects this block because she cares about it. That home ownership mentality is so important and it transforms a neighborhood."